Time to show off what's in the other side of the box. 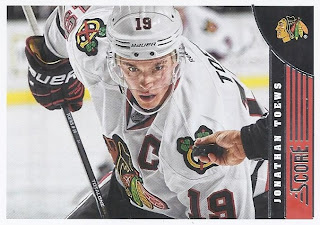 91 - Jonathan Toews - Who says you need a great action shot for it to be a great card? You can have an awesome card with the player just standing still. Focus. Intensity. Call it what you wish, but the look on Toews' face is spectacular. 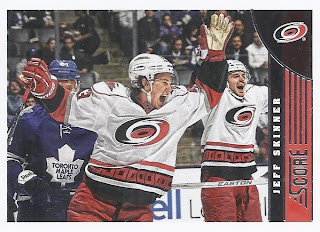 77 - Jeff Skinner -  A fun photo of a Kitchener Rangers alumni. Although I still think of Steve Keirn every time I hear his name.
15 - Bryan Allen 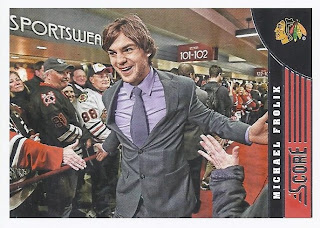 99 - Michael Frolik - Making a grand entrance before the game, or a grand exit after the game? Either way, it is yet another unique photo in the set.
29 - Gregory Campbell
44 - Nathan Gerbe 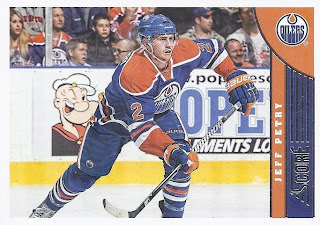 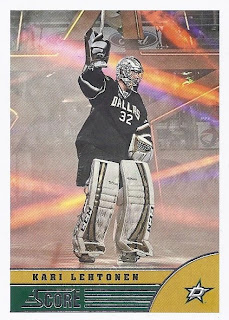 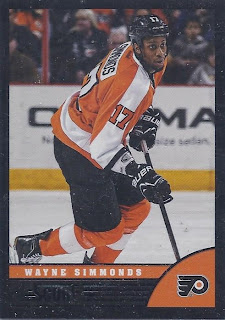 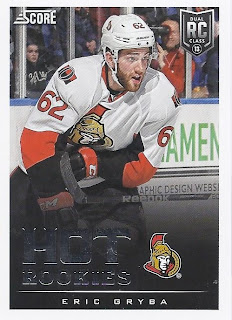 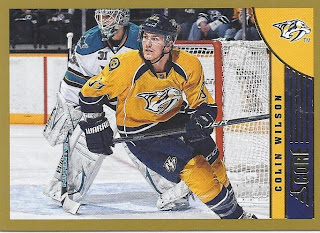 283 - Colin Wilson (Gold). Much like with the Simmonds card, this is another example of the alternate border working with team colours.
369 - Maxime Talbot 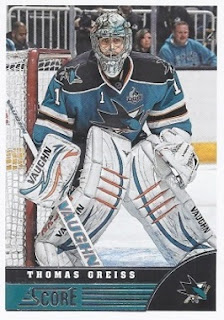 Not too much memorable in this pack outside of the great parallel pull. It was the appearance of my second case hit in the same box that made me think I might have pulled a hot box this time around.
Posted by buckstorecards at 14:05