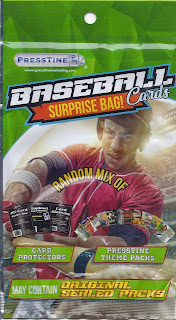 Let's do one of these! 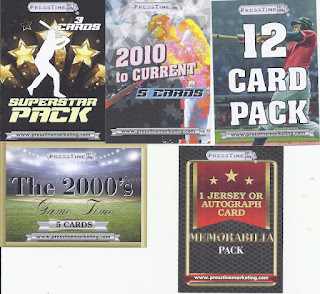 These were the contents, All repacked cards.

The Superstars repack starts it off, and it is nothing but 2018 stuff in it. But at least we get 3 different products - Update, Holiday, and Chrome. As for the superstar status of these players, Yelich does count, Martinez probably does count in varying seasons, but Blackmon is somewhat of a stretch. 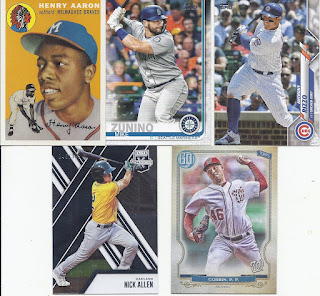 That Hank Aaron may be a promotional card  (2017 Rediscover Topps). I don't know if that should technically count as a card in one of these, but it still a keeper. The numbered card was not expected. Allen's still working his way through the Oakland minor league system, and is still only 22. 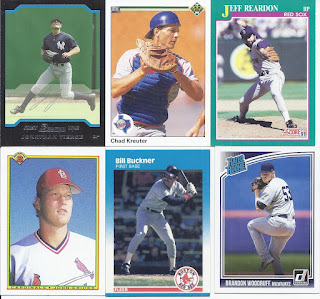 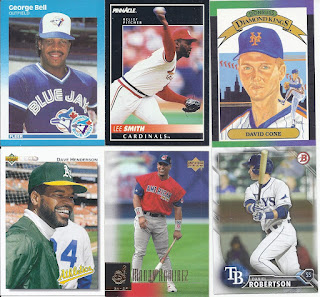 Here's the 12 card pack. Blue Jays content! Mets content! And in Diamond Kings form as well! It looks like 1990 Bowman isn't just the mainstay of hockey repacks. Casual all-star Manny probably wins the nod for the most interesting photo in the repack. 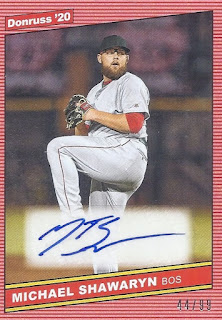 Here's the promised jersey/auto card. Shawaryn hasn't seen the bigs since 2019, but this will still be a nice little throw-in whenever I send out a new package to a Red Sox collector. Appropriate for a 'Red' parallel. 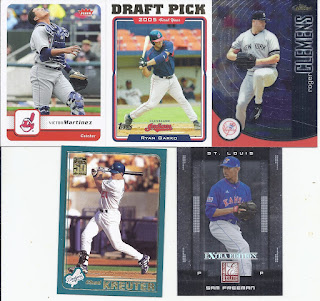 Finally, the 2000s pack. Looks like this was a Chad Kreuter hot repack, as he makes a second appearance. I also like how the photo on the Victor Martinez gives the current vibe of one that could appear on a Panini release without photoshopping.
Another solid repack experience for the cost of a hobby pack.
Posted by buckstorecards at 05:57