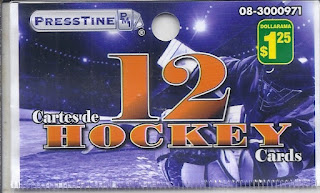 It happens to everything - it might as well hit repacks next. Price goes up - volume goes down. But are the cards any more interesting? Like I would be able to resist the urge to sample at least one. 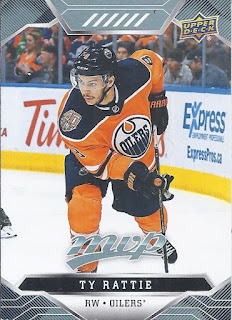 As usual, I just grab the top pack. If I was looking for 'more interesting', maybe I should not grab the pack with MVP on the top. 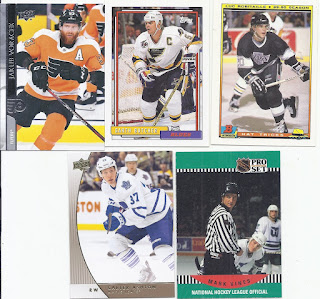 At least the 1990 Bowman content was an insert. The Carter Ashton card comes from a promotional release (the precursor to Overtime), and there was a linesman card. I guess that definitely counts as interesting. 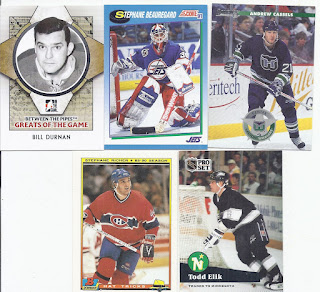 Two 1990 Bowman inserts! Lucky me! Fortunately, that Bill Durnan base card from Between the Pipes is a pretty great pull. He only played 7 seasons in the NHL, but earned the Vezina in 6 of them, and is a Hall of Famer. 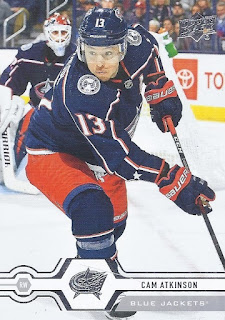 And a pretty generic base card on the back.
The Durnan and the Ashton kept this from being a complete blah of a repack. 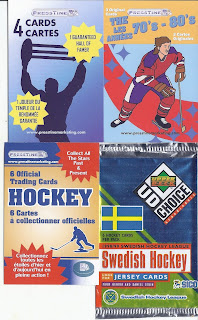 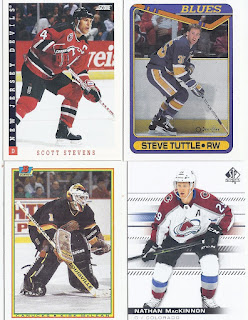 A great start here with the HOF pack, and the HOFer being a new card for my Kitchener Rangers alum collection. It is probably still too early to call it, but I wouldn't be too surprised if Nathan makes this a 2 for 4 repack in the distant future.

All 80s with two 1989s seems to be the normal for one of those 70/80s packs, but at least the outlier does feature my fave Blues jersey design. 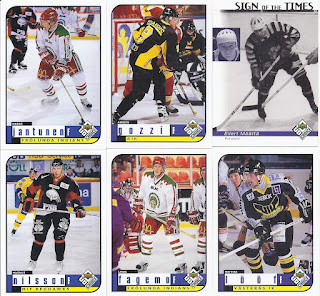 Much as I liked getting a new Scott Stevens for my Rangers alumni collection, that wasn't my fave portion of the repack. That nod goes to the Swedish Collector's Choice pack. While I do like adding the oddness of these Euro-jerseys to my collection (Malmo Redhawks!), one of these cards is a special pull. 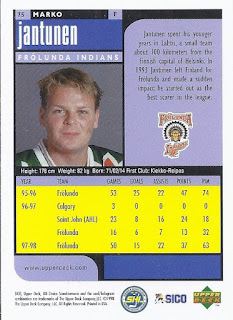 Marko Jantunen is a 2/14 baby! He's probably near the top of the list of people who I would never imagine pack-pulling a card of. But here he is - my third card of his. He never got any NHL cards, in spite of that cup of coffee with the Flames, so all I can add is Swedish themed cards. His 3rd appearance is easily the best card for me in this post. 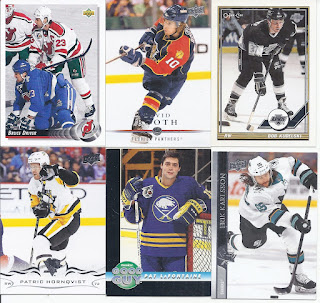 And the 6-card misc pack ends it. A reasonable mix of older stuff and recent stuff. The Bruce Driver is a mess of a photo with the foreground player distracting from the actual player, but then you look carefully, and realize they're both sporting #23 (Greg Paslawski) to make things far more interesting in the photo.
2 new PC cards? The Surprise Bag easily wins this battle of repacks!