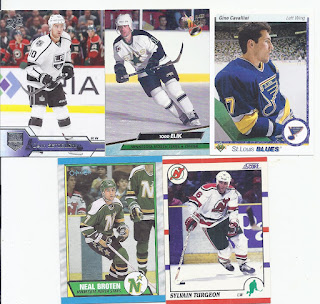 That's a pretty typical grouping in behind the opener for a repack. A recent base card, followed by junk wax era cards. I do like the very obvious Met Center setting for the Cavallini, sandwiched between a pair of more obvious Minnesota cards. Collation oddities are one of the pleasures of repacks. 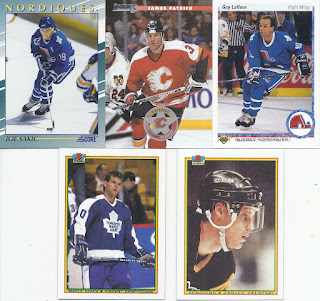 Nords blue! The Sakic comes from the 1992 Young Superstars box set, the final year of the three years Score released those. Sakic was in all 3. 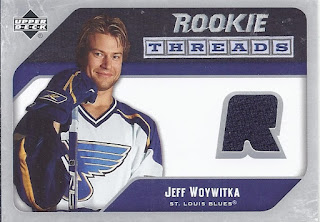 There's your hit! The back does specifically identify this as a photo shoot used card, so at least they were honest. Woywitka spent 6 years bouncing back and forth between the NHL and the AHL, so at least it wasn't a one-and-done guy. 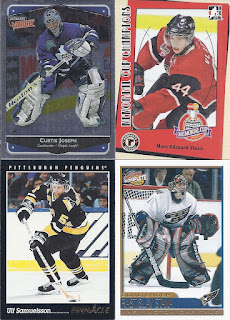 An interesting grouping here. Ultimate Victory made its return to sets in the the new Extended release as a Chronicles/Rookie Anthology-ish insert set. Those Memorial Cup Champions inserts were one-per-box back in the day, so that's a nice little surprise. Complete as well! 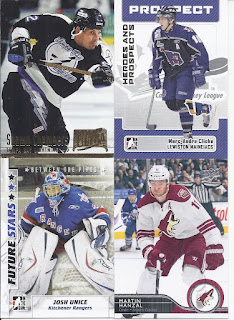 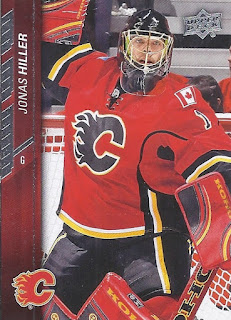 Your final card.
A few random keepers in this, and I may like the pair of Marcs more than the actual hit. The Sakic was pretty nice too to make this a decent enough pick-up.
Posted by buckstorecards at 08:27