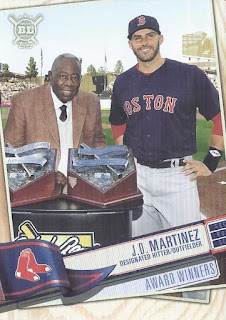 While this one was pulled for me by the company, and not off the racks by me, this card would easily have been the one I would have chosen based on this card. 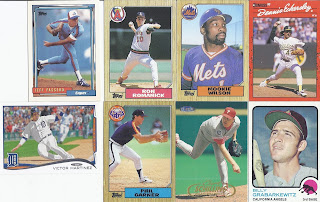 I did mention that there were several cards in this that were completely unexpected in a hanger repack. A 1973 certainly falls into that category! Also: Mookie! 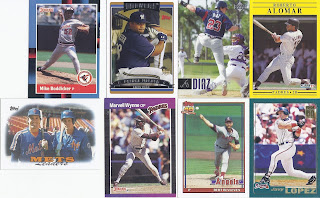 That Prince Fielder Topps rookie probably would have been considered a huge pull at the time. Now, just repack content. The Diaz is probably the most interesting photo in this repack. You get the oddness of the photo not featuring much of the player's face, and the spring training scenery in the background. 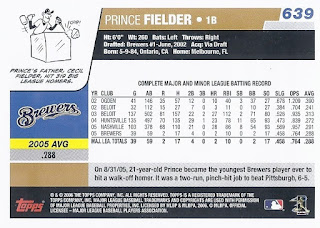 Cartoon on the back! 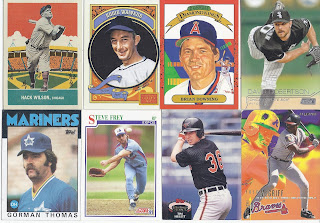 Unlicensed greatness highlights this final group, which is nice, since the Stadium Club content was disappointingly bland. Gorman Thomas has a great 'park drunkard' look to his card. A hideous 1995 Fleer as the final card? Can't really have that. 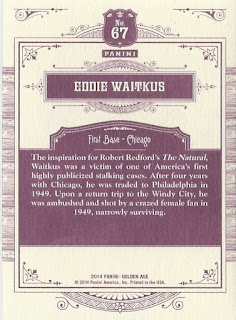 So instead, here's the back of the Waitkus. That's probably one of the more direct true-crime cards there has ever been. It definitely has to be the only one to ever include the phrase 'crazed female fan' in the write-up.
There you have it!

Posted by buckstorecards at 04:50