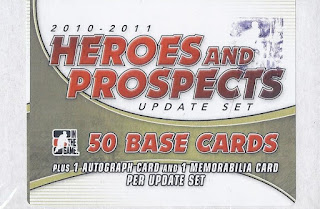 I still have the 50 card update set to show off, which is 151 through 200 of the base set. As with the packs, I'll just hit my personal highlights. 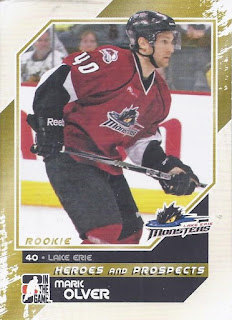 #151 - Mark Olver - This starts off the set. In a nice surprise, the set was pre-collated in the box. 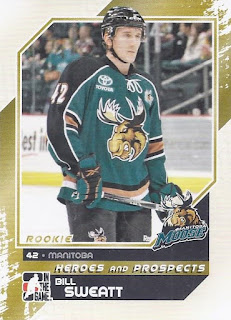 #153 - Bill Sweatt - I guess I should at least highlight the card of a guy named Sweatt. 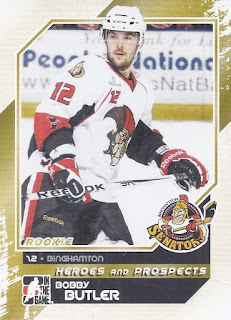 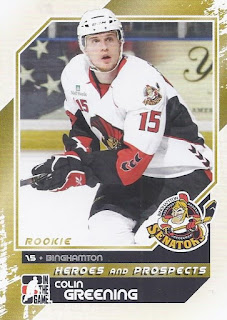 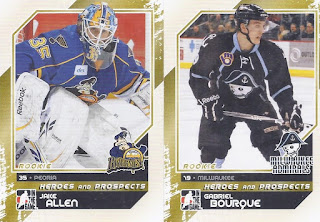 #165 & #166 - Gabriel Bourque/Jake Allen - I like that these are next to each other to compare and contrast the nautical logos. 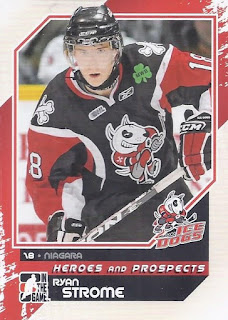 #169 - Ryan Strome - What can I say? I'm amused that the jersey-wearing dog on the logo also sports the crossed bones logo on the shoulder like the player. 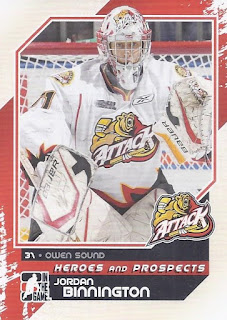 #175 - Jordan Binnington - It took up until about 6 months ago, but this is likely the big card out of this set at this point. 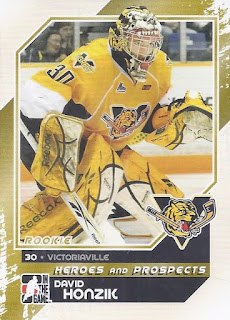 #182 - David Honzik - The ever-popular mask design of the creature that is the team's logo devouring the face of the goaltender. 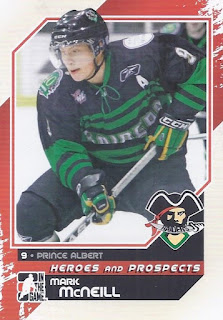 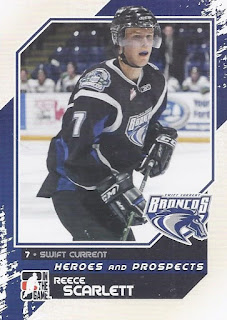 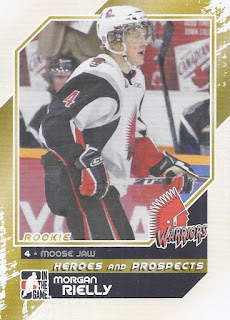 #198 - Morgan Rielly - Prior to Binnington's rise, this was probably the big base card in this set. 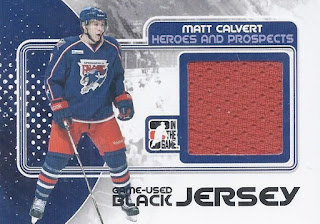 And the relic? Impressively for a prospect themed set, he's still in the league almost 9 years after the set's release. 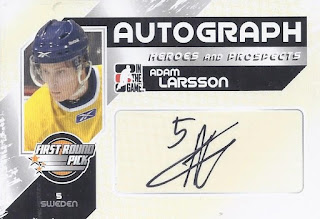 The same can be said for the player featured on the autograph. I've said this before about ITG, but they really did a wonderful job in making the sticker seem like it was part of the design instead of just a last-minute decistion.
Posted by buckstorecards at 04:09