My latest journey into Chronicles ends with a bunch of Astros. 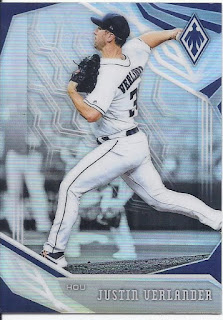 As I've been typically doing, I'll be going in order of card total as I build to the hits. Although someone in blog-land can never have too many Verlanders, this wasn't the best option for that journey, as I only landed this one. But at least it was shiny. 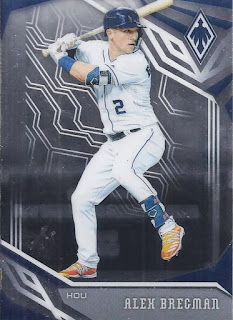 Alex Bregman added a second card out of Phoenix, without the shininess. 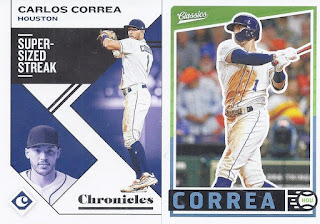 Here's a Chronicles base card. While we didn't get Classics this year in football, at least I can imagine what the cards would have looked like with these. 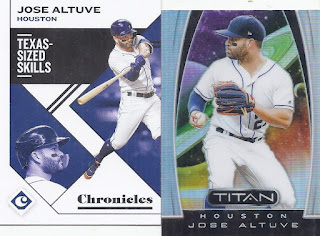 This particular break wasn't the best option for Titan cards, but at least I got this one. Along with a second actual Chronicles base card. 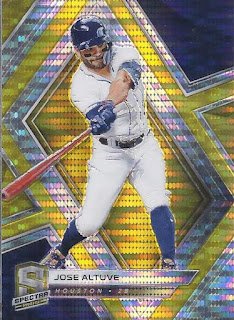 I'm thinking I could take this card, combine it with the Burnes from yesterday, and the Adams from a previous break in 3 pages, and use it to communicate with the International Space Station. Like the two previous gold cards, this is /10. 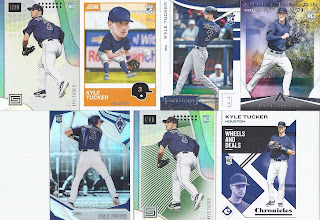 Kyle Tucker won the volume wars in this one, thanks to being all over the base subsets within the set. 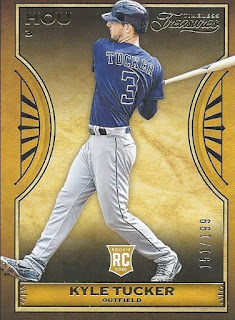 And here's a numbered parallel. 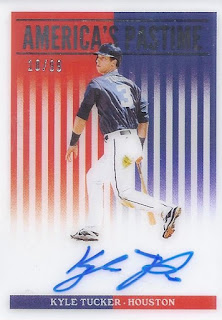 The Kyle Tucker love continued with an America's Pastime auto of his. 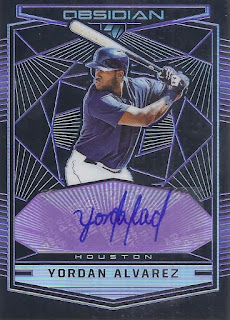 And here's your big hit. While Vlad Jr was the hyped rookie of the 2019 season, Yordan will probably end up with the Rookie of the Year warning. I've landed autographs of both of these players from Chronicles, both from Obsisdian. Unlike the Vlad, this is a numbered parallel, with purple parallels being out of /99.

There you have it!
Posted by buckstorecards at 05:37