After yesterday's very Clowney post, here's one with no Jadeveon, but still featuring a bunch of 2/14 binder newness. 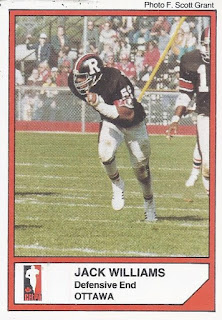 Here's the only new member of this collection. Although the only place I can find him listed as a 2/14 baby is tradingcarddb, that's enough for me! 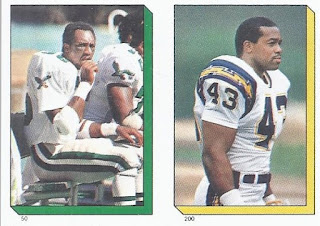 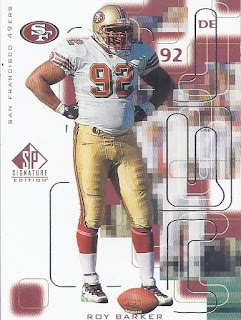 I actually had a significant wait until this Barker card was available for cheaper than the parallel with an autograph. 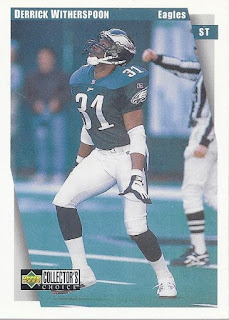 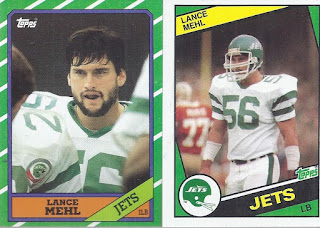 Here's a couple solid 1980s football card designs. That might be influenced by how perfectly the 1986 green borders work with Jets team colours. 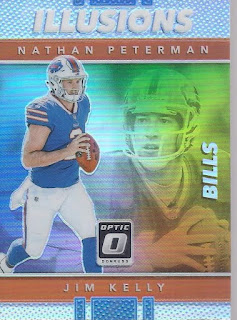 Jim Kelly was, as usual, the star of the 2/14 portion of the mailer. Any card featuring him counts, including those tainted by the appearance of a QB that made me nostalgic for J.P. Losman. 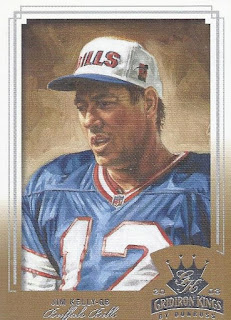 Drawn card! This definitely counts as a "How did I not already have this card?" card. 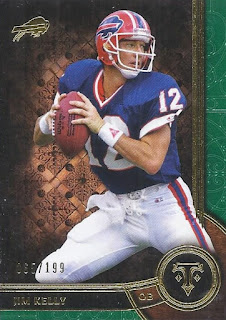 If I can pick up a numbered parallel cheaply, then why not? This is an emerald parallel from Topps last go-around with Triple Threads as a football product. 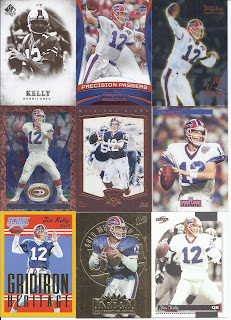 Appropriately, I added 12 new Jim Kelly cards to my collection with the mailer. That SP Authentic card in the upper corner really looks like something from a higher end set than SP Authentic.

And there you have it! I'll be switching over to basketball in the next post.
Posted by buckstorecards at 05:18