I haven't done an official Masked Mondays in years, but just felt like doing so today. And not because my COMC to-be-posted box is starting to get a little more crowded than I'd like. 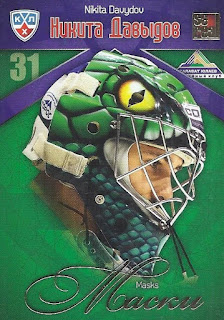 I'm going overseas to start this post off, and am doing so with a card from the KHL. Nikita didn't have the most illustrious career, with 3 years on hockeydb.com and a single sentence on wikipedia to show for it. But he does have a pretty great mask to show for it. 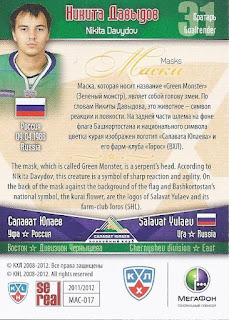 You even get a write-up about the mask on the back of the card, and it is translated into English as well. I wonder if Russian collectors learn English like I learned French - from the back of hockey cards. 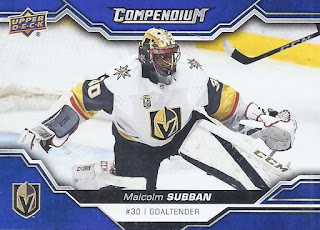 I had to rely on Compendium to land me a card of Malcolm Subban's mask featuring the Vegas strip. 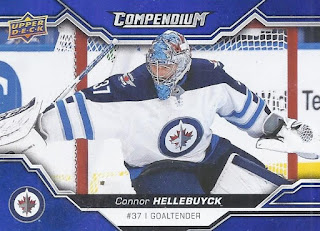 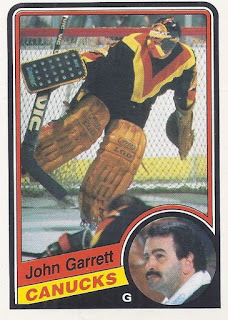 So, this was what the Flying V would look like if it was transferred to a mask, and flipped. 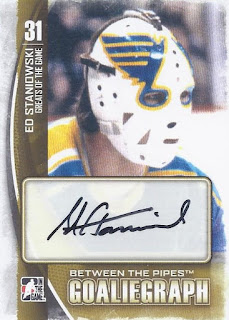 Another simple design, but less is more here with a perfect use of the Blues logo. Throw in a bonus autograph as well! 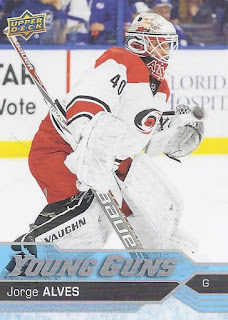 Ending this post with a complete obscurity. Alves is the equipment manager for the Hurricanes, and he got to play the last portion of a game. His mask was self-painted, and decorated with caricatures of some of his fellow equipment managers. 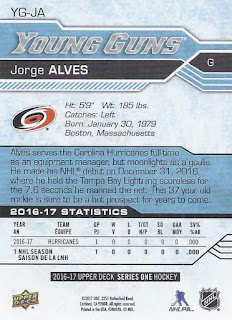 And here's a little more of the story. This card was available at hobby shops in North Carolina, but fortunately a few made their way to COMC.

There you have it!
Posted by buckstorecards at 05:13