Perhaps this week is just going to be a week of my COMC to be posted box. As the title today indicates, today it is a bunch of Jadeveon Clowney cards bound for my 2/14 collection. 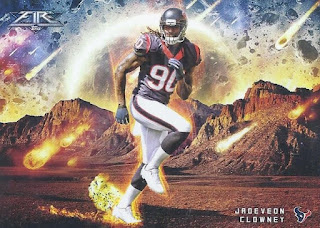 If you're going to eliminate the background from the photo (and when it is a non-game rookie photo shoot, big deal) you might as well go all out with replacing it. And replacing it with something such as a rain of fireballs definitely counts as all out. 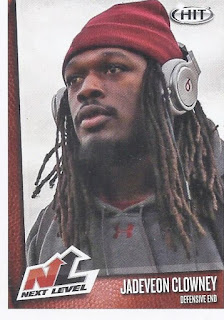 While lack of licensing can be a problem with Sage sets, it is just fine here with this casual card. 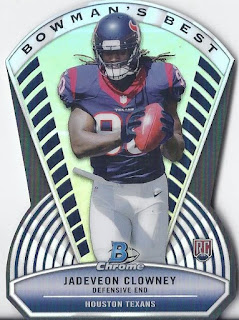 We now switch to the shiny portion of the cards, with this Bowman insert from his rookie year. 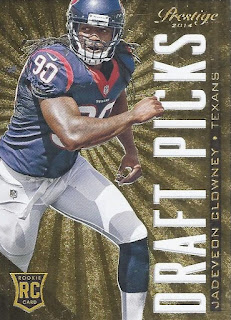 Although this gold card looks like you'd pull it out of Prestige, the gold parallels were found in the 2014 Black Friday packs. 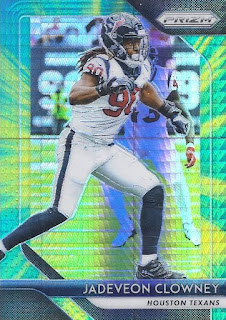 If you like your shiny cards numbered, here you go. The Hyper Prizms out of 2018 Prizm were out of /249. 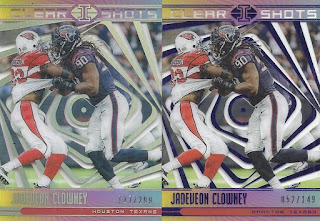 From shiny cards to some acetate cards, here's a couple numbered parallels also from a 2018 set - Illusions. 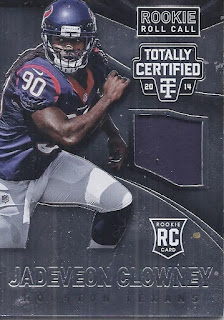 If player worn swatches are your thing, here's one from 2014 photo shoots. 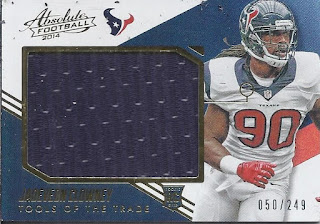 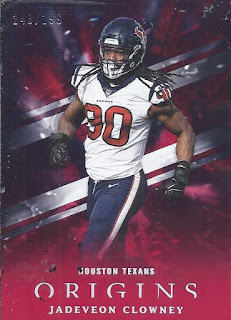 With all the relics, shininess and acetate so far, this Origins (aka Panini Inception) is a random card to end this recap, but it was all that I have left.

There you have it.
Posted by buckstorecards at 03:47