Here's the highlights from the other 5 packs. 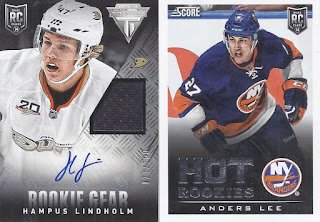 That's a good way to start this second half. An auto/relic, and it is of a player who is still active in the league! With the dual rookie class, it could be a crapshoot. And both of these guys still are! In fact, Lee's the Isles' team captain. 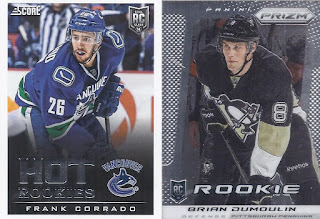 This is a little blander than the last one, but Corrado is a Kitchener Rangers alum, so it has that going for it. 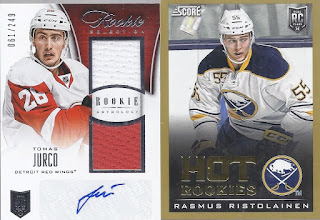 Rookie Selection auto/relics (which are technically considered base cards) fall one-per-box, and here's the one from this box. What a derpy photograph Jurco gets for his. 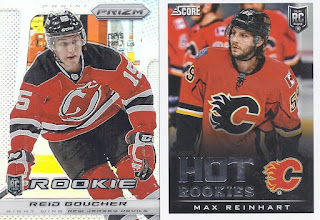 Both of these players make a return appearance from the first grouping of cards, and both are a step down from the numbered Titanium card and the auto respectively. 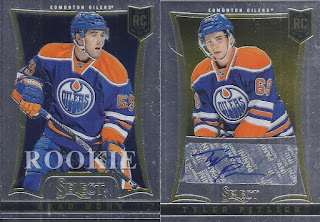 And Tyler Pitlick also makes a second appearance as well. This is a step up, though, as there's a sticker autograph attached to it on a dual Select card pack. Both players are still in the NHL as well, with Hunt in Minnesota and Pitlick in Philly.

There's the box. Pretty average RA box in terms of hits, but still there were a couple of nice cards with the Lindholm and the Datsyuk.

Mailbag up next!
Posted by buckstorecards at 05:11