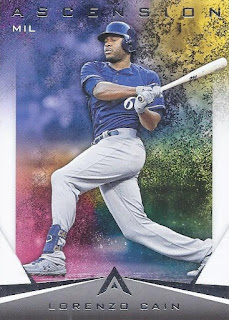 Here's a simple little start to the recap. I only landed one card of Lorenzo Cain, but Ascension does appear to be the home of his only card in the product, so that's an efficient 1.000 batting average. 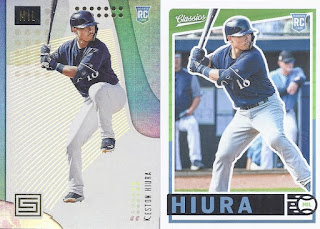 I don't mind the wiped backgrounds on the Status cards, since it really gives a fun early 90s Skybox vibe to them. The only problem with doing so in sets like this is it can make the photos repetitive when they're all from the same angle and possible the same at-bat. 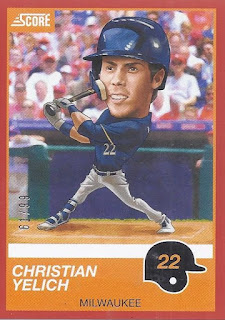 At least you can't say that the photos on the big head cards get repetitive.

But I guess a base card and a couple parallels can, even though one does get a team colour in the mix. 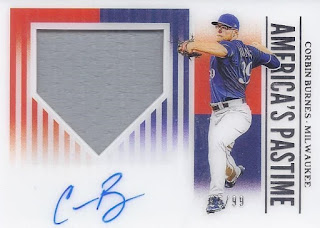 Getting the Brewers in a 2019 random break probably means you're getting a hit of Corbin Burnes. And here's mine. I see they went with a more patriotic design with America's Pastime than the bright orange that was used back in 2013. 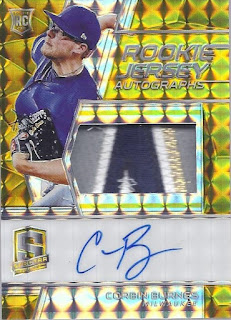 But that didn't mean I didn't get a bright, shiny card for the Brewers in the break. If I had a migraine right now, this card would be painful to look at. I got a similar one of Chance Adams with the Yankees spot in a previous break. This one does add a 4th colour to the patch though, and the hint of gold on this does sorta offset the colour of the background.

Actually, no it doesn't.
]
Posted by buckstorecards at 05:07