The to-be-posted box can get odd at times. Today, the oddest-looking members of the collection. 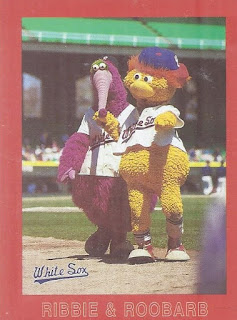 For every goofy looking creature that is a hit, there are some that aren't. Apparently these two were the latter, but they lasted for 8 seasons anyhow. I feel sorry for the poor sod that had to wear the Ribbie costume, as they must have had that snout pulled at least once per inning pitch. 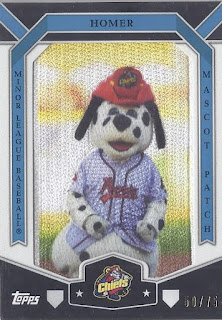 When you change the motif of your team, you might as well add a mascot as well. At least, as best as a couple minutes of google research can tell me, they never dressed some random white dude in native garb and made him the mascot under the old motif. 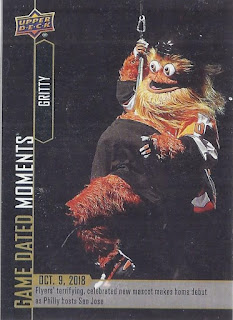 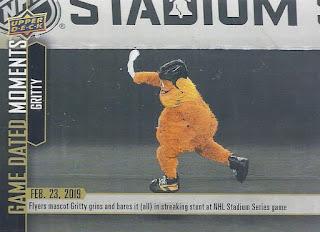 Is Gritty the current king of the mascots? He is definitely the most publicized of the current crop. Since that's the goal, I guess he is the current king. Gritty made a pair of appearances last year in UD's on-demand (Now, Instant) service, and I was sure to grab both of them.

And there you have it!
Posted by buckstorecards at 04:56