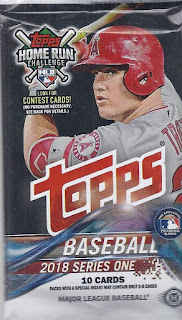 Every other blog seems to be showing off their goodies from the Series 1 packs. I might as well climb aboard that train and do the same. There was nothing at the local Wally World this morning, so it was the LCS to grab some. No jumbo packs there, but there were still some hobby packs ready for busting. Here are the highlights: 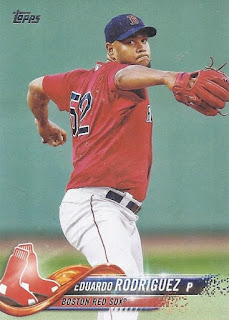 My first card of 2018! A nice cameo for the Green Monster at least to start me off. 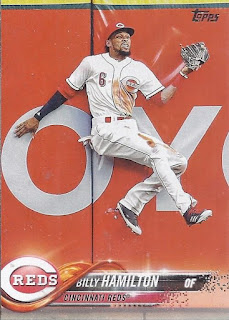 I did manage to get the Billy Hamilton cards that's pretty popular as the fave card from the early pack/box busters. 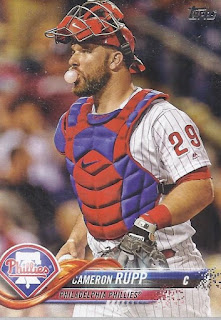 This bubble-blowing card is a dark horse candidate for my favourite among my early pulls. 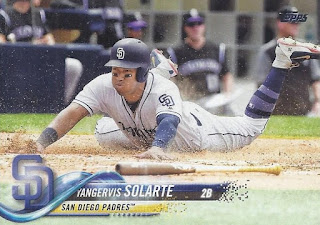 It is only appropriate that a set that has been informally nicknamed the waterslide design have one nice sliding photo. 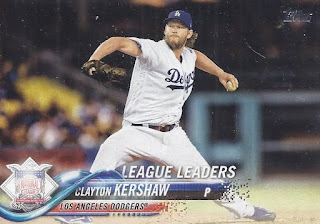 I have the sneaking suspicion that this photo will be Night Owl's favourite among the base cards. 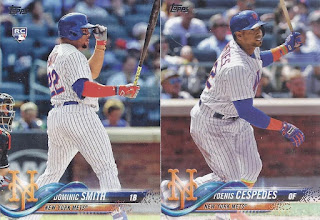 And the inserts. It is nice to see the 1983 get some love, even if we aren't too far removed from their appearance in 2015 Archives. The others I could take or leave, though.

Despite the lack of Blue Jays, I'm happy enough with these. I'll probably at least add a blaster to my purchases when they show up on local shelves.
Posted by buckstorecards at 09:00