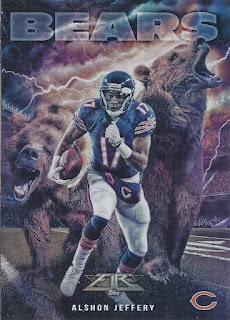 Alshon Jeffery (Eagles LII) joins the list of 2/14 babies to get Super Bowl rings. And this is as good a time as any to show my favourite card of his, from 2015 Topps Fire's Into the Wild subset. 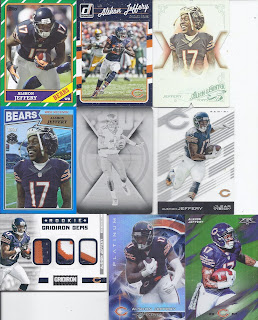 And here's a bunch more of my favourites, with that plate I posted days ago still being my only Eagles card of his.

For those keeping track of such things. Thankfully after that 1st Qtr catch, I've already got my first auto of his on the way in my COMC mailer.
Posted by buckstorecards at 20:13

Email ThisBlogThis!Share to TwitterShare to FacebookShare to Pinterest
Labels: 2/14, football