I've been sitting on these repacks from the Dollarama for a week or so. Now is as good a time as any to show the contents. A pair of Surprise Bags! Let's go! 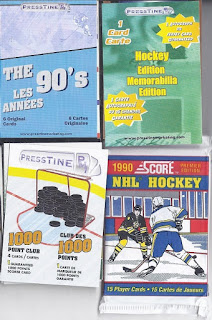 Here's what I can look forward to in the first pack. Lots of junk wax offset by a relic. 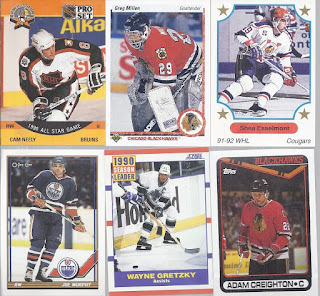 But the 90s pack wasn't too bad. You can't get too upset about anything that includes an appearance of the Great One. 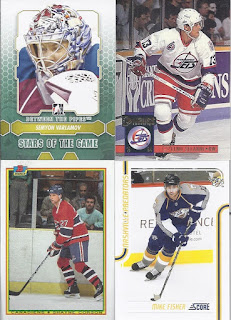 The 1000-pt pack wasn't too bad, with the specified card not being the usual 1990 Pro Set or Bowman, and it also including a nice mask binder candidate with the Varlamov. 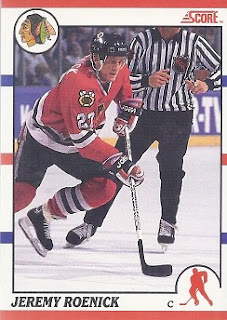 At least the Score pack included a Roenick rookie. 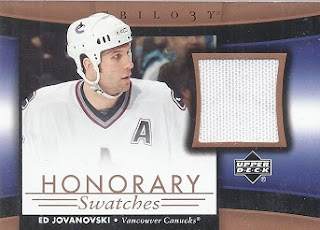 And the relic? JOVOCOP! That was unexpected. 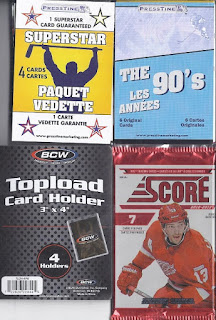 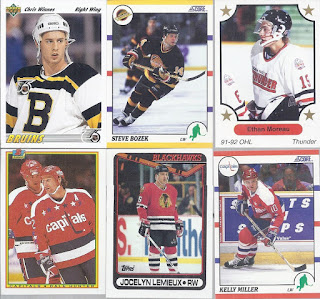 The 90s pack is another junk wax fest, but the Chris Winnes with the 75th anniversary jersey saves it. 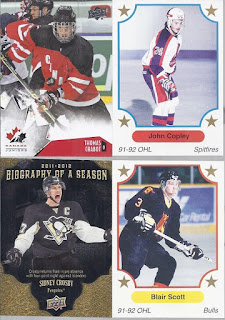 The Superstar pack was also pretty good, with the Superstar designation really coming through with the Crosby and one of the extra cards being a Senators collection addition with the patriotic Chabot card. 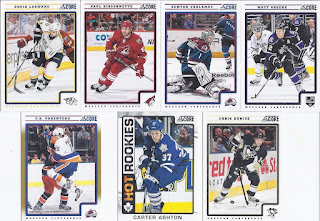 This one wraps up with the Score pack. I've already got this Varlamov card in the binders, so the highlight here is the interesting photo the Parenteau gold parallell. Better one keeper card than none.