I'll wrap up the repack I started yesterday with the packs from the break. I watched a couple of breaks of this on youtube and these seem to be fairly standard as the contents:

Chronological order seems the best way to attack these. So, I'll start with Ultra. 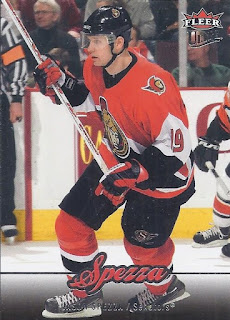 A Sens card of Jason Spezza is a perfectly acceptable way to start the post. 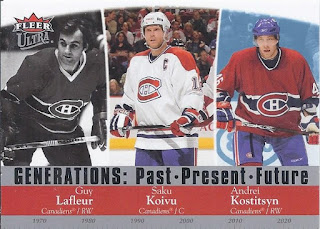 These Generations fall 1:4 packs, as per the wrapper, but this is the first one I've ever come across. Future? Kostitsyn did last several seasons in Montreal, so he did end up better than some others in this subset tabbed as the future, such as Rob Schremp. 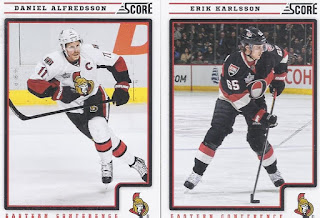 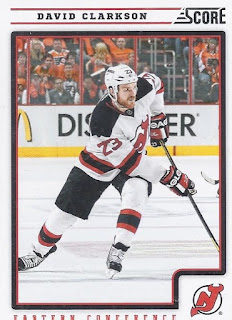 And a Kitchener Rangers alum among the base. 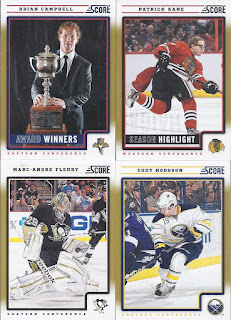 4 packs equal 4 gold parallels. Decent names in this group as well, especially with the Superman Kane. 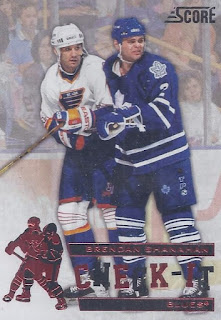 The big thing in these packs were the inserts, both of which were pretty tough pulls at the time. I believe the Check-its were box hits, and this is the third one of these I've pulled from either set-building or repack experiences. My third CI, as well as my third Shanahan. So much for variety. 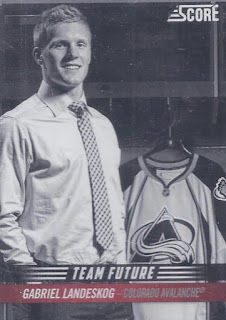 I think these were one per box as well. A nice looking card, but also a great addition to my Kitchener Rangers alumni collection. 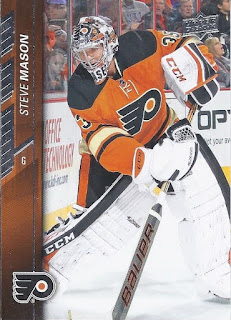 Rangers alum continues with the 15-16 UD, and a Steve Mason for this binder. 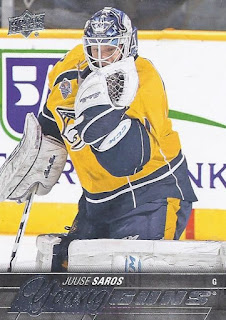 And a Young Gun! Despite e-packs, the Saros still goes for a few bucks over at COMC. I don't have a lot of Young Guns stuff in the mask collection, so this is a nice add. 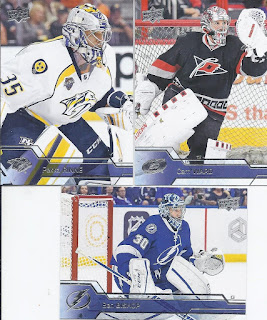 More mask content among the base cards in the 16-17 pack. 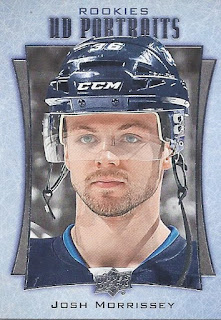 No Young Gun content in this pack, but at least it wasn't a base only pack as I did get one insert.

There you have it. I guess the cube wasn't the most valuable thing in the repack.
Posted by buckstorecards at 10:35