Check Out My Sens-Ational Cards!

I'll continue through my latest COMC mailing with my latest additions to my Senators binder(s). 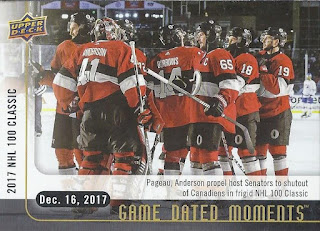 Game-Dated Moments is to Upper Deck and the NHL as Topps Now is to hockey, with several differences.

Other than that, the same!

Since I can't imagine the dreadful Sens picking up a second card in this set, I'll have to be happy with just this. 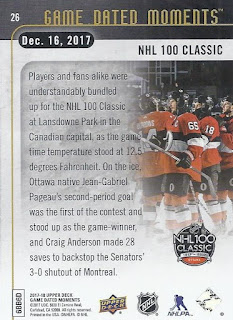 And here's the reverse of these. 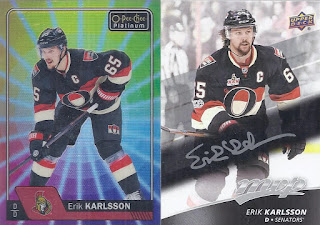 But there was more than just that one Sens card entering the binders. Here's a pair of Erik Karlssons. Both cheap thanks to epack stuff flooding COMC. 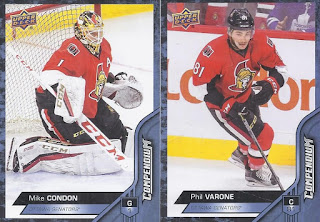 Compendium stuff is a bit pricier than some of the e-pack cards, but they're still reasonable enough to add these two. Phil Varone makes his collection debut on what (along w/ parallels) will likely be his only Senators card. 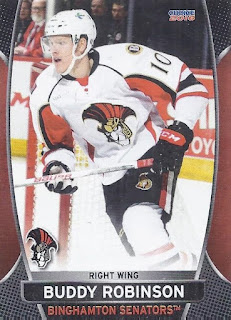 Buddy Robinson's only Ottawa card has him with 2/14 baby Ryan Johnston on his, and after paying way too much for the quad card from Showcase, I wasn't going to do it twice. So, a Binghamton Sens card will suffice. 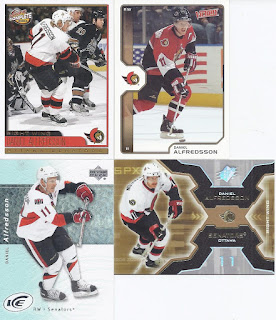 And Alfie is always a great way to end a post!

There you have it!
Posted by buckstorecards at 08:24