My favourite non-release day of the collecting year is tomorrow, as I'll salute the 2/14 cards from the past year. Why not go back-to-back with posts and show off a few more cards today?

I'm going into the Sportlots portion of my 'to be posted' box for this pile of baseball, and am going in the order of volume from least to most. 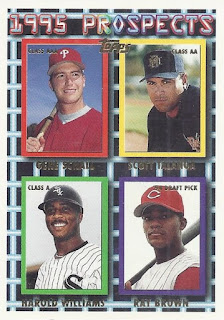 1/4 of a card is a good starting point. It is Harold Williams among this group that makes this count. As for their prospecting skills, I think Gene Schall was the only one to reach the bigs. 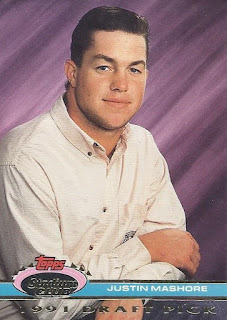 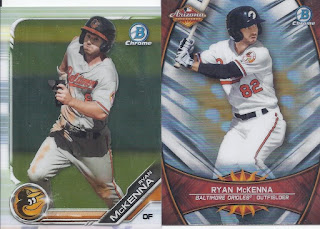 My annual post limits the Top 10 to cards from the past year's release. These were the only 2 in the box that would qualify for that recap, but I've already settled on the McKenna representation. 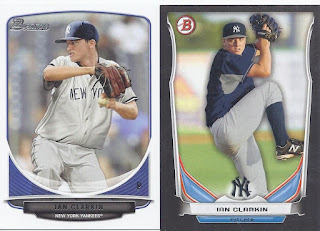 How did I not already have that base Bowman card of Clarkin in the PC? These put my total cards of his at 15, which seems a lot for someone who likely won't reach the bigs.

Then again, I also have 15 Christian Hackenberg cards.

There's a little bit of variety of teams for the late Brad Halsey. 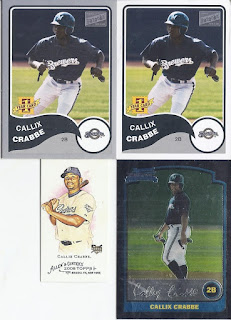 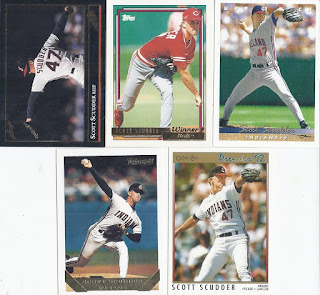 Yes, I hosed up scanning the black gold Leaf parallel correctly. Oops. This does put Scudder at 36 cards in the collection, which does mean he surpasses the only person who I've actively stopped acquiring cards of for the collection (initials of DN), who was once in that spot with 35 cards. 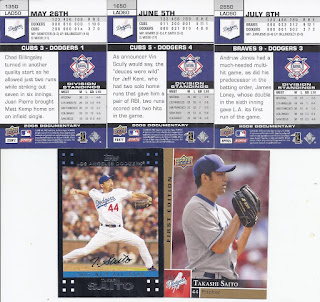 Since the photo on the front is all the same, I might as well scan the backs of the Saitos. He's at 31 cards now. 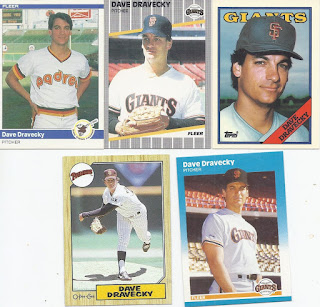 Dave Dravecky seems surprisingly low at 28 for the person who is probably the best-known player in the collection. But having to retire just before the sets with parallel after parallel started can do that. He's got a few parallels here, with the Giants Fleer cards being glossy, and the '88 Topps being a Tiffany. 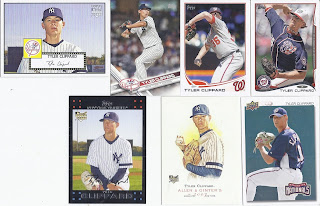 Also surpassing DN's total, moving to 37 cards is Tyler Clippard. And more minis as well with all three of the flagship lookalikes being minis. 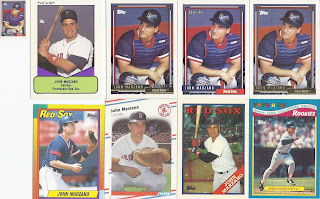 And retaining his lead in the binder with 45 cards is John Marzano. It is easy to look at the top row to get what I said about being just outside of the parallel era. There's not a regular base Topps card among the 4. The bottom two Topps cards as well are Tiffany parallels.

And there you have it!
Posted by buckstorecards at 05:00