2020 Adventures in Repacks: Part 8.2 - Surprises Straight From The Source

And now, the basketball version. 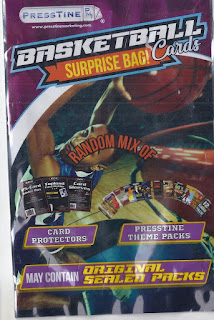 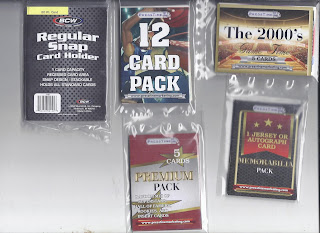 Will there be a card worthy of the Snap Loader? Let's see! 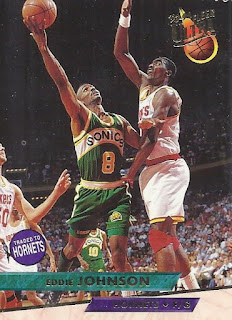 The 12 card pack contained the player with the most unfortunate name in NBA History. It is bad to share a name with a creep, but to also share that profession, and also be active during the same period for part of that career must be a nightmare. 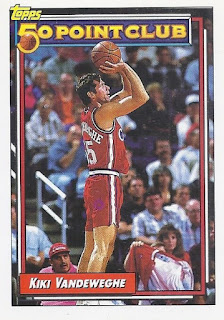 Far better to go through life with a name like Kiki. 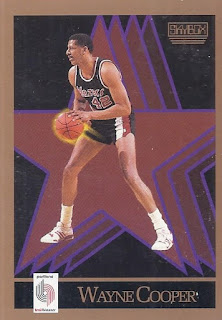 Given how many companies are now wiping the background on their photos, the early Skybox entries now look basic. 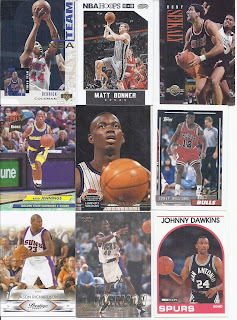 Here's the rest of the 12 card pack. More variety, but not as interesting as the 12 pack in yesterday's football. Jennings would be picked by Toronto in the expansion draft, and even get a couple Raptors cards, but never played for them. 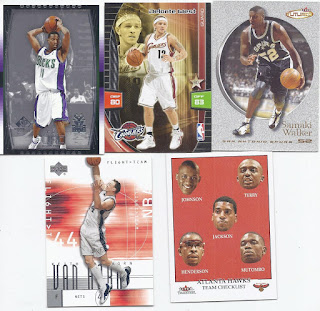 Here's the 2000s pack. The Samaki Walker card is just a base but feels like an insert. And I really don't suggest looking at what Delonte West has been up to lately, unless you want to be really depressed. 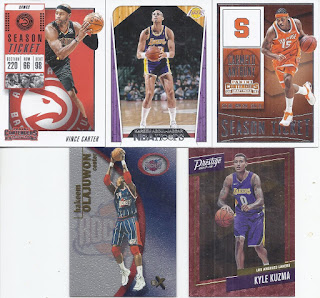 The Premium pack was definitely filled with a nice as-advertised grouping. The Kuzma is a Micro Etch Red parallel, and is probably the best candidate in this for the included case. Although that Hakeem is also pretty nice, and like the Walker, gives the vibe of a higher end insert. 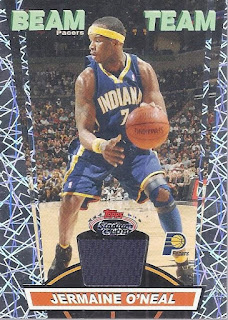 And there's the hit. It is a classic insert set, so that's pretty nice. And I don't have too many (if any) Pacers relics in the binders. So that's another bonus.

There you have it! The football content wins easily based on these two posts, but I've got the cubes to get to as well in the near future. Mailbag next!
Posted by buckstorecards at 05:02