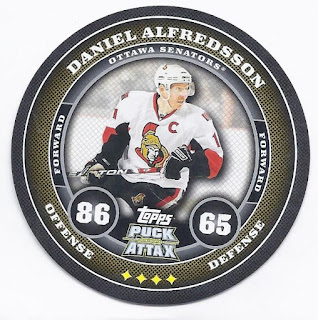 I'll admit to being surprised when I entered all my Alfredssons into TCDB and learned I was in top spot. I'm not going to sit on this lead, so I instead added a bunch more to the binder via COMC, sportlots, and nhlhockeystickers.com. Let's see some of them! 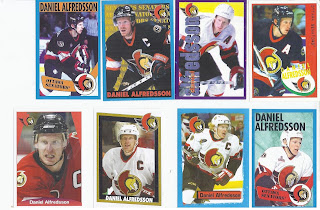 I did mention stickers, so let's got all these out of the way early! Panini really liked that shade of blue for borders at the time. 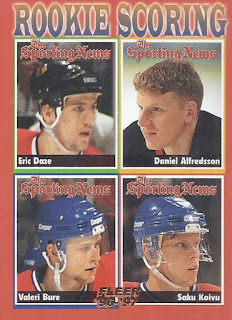 He might only take up a quarter of this card, but that's a nice, solid group of players in the top of the rookie scoring race in 95-96. 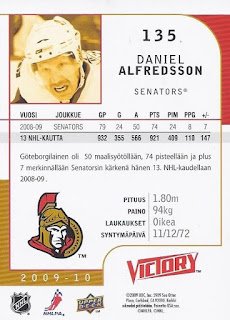 I'm amused that the titles for the stats remain abbreviated in English on this Finnish card. I amuse easily. 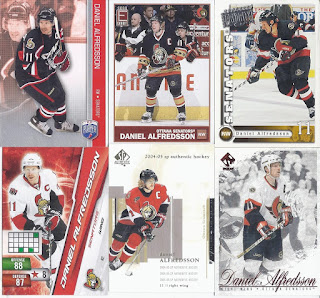 The best thing about these cards being from the entirety of Alfie's career is the variety of uniforms on the cards. 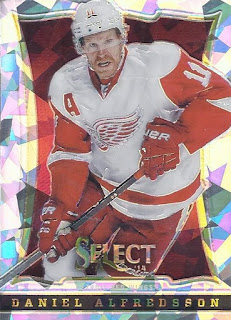 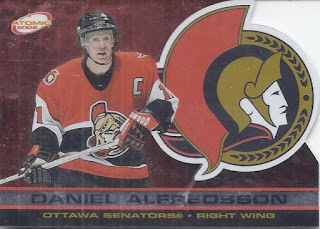 And if you want a nice look at this logo, there's this Atomic card, which is also a reminder to clean my scanner bed. 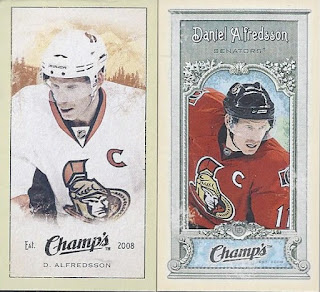 After all, they are little harder to see on minis, 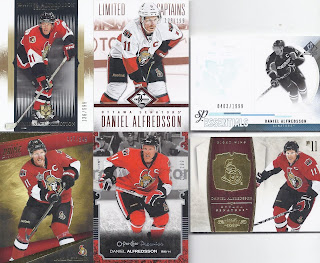 I did throw in a few numbered cards. None of these are parallels, they're the base cards from higher end sets. 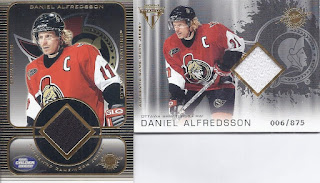 And these are base cards too. Pacific never really did anything normally, did they?

But there's some Alfie. There were about 30 more where these came from. And now I'm just south of the 500 card mark.
Posted by buckstorecards at 04:30