Here's my highlights from the rest of mailer that covers cards from the period after the lost season. 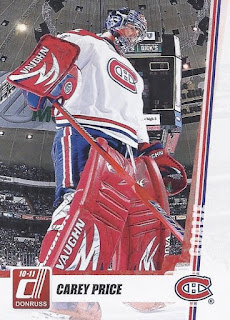 This might not really be a mask card as we really don't get that good of a picture of the mask, but this photo is so beautiful that it is a keeper anyhow. 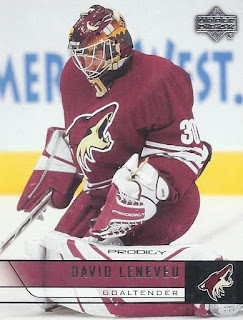 A very desert scene on this mask. I'm not feeling too creative on this today, so I'm just going through my Elite 8 in the order they uploaded. 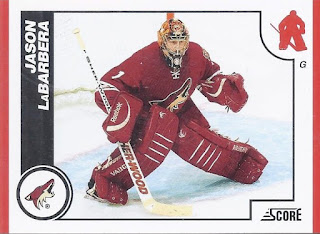 We remain in the desert for the third mask, and another guy who has adopted one of my favourite themes. This was actually his first WWE themed mask, with the Ultimate Warrior on his forehead. He'd later have matches saluting Wrestlemania, CM Punk and The Rock. 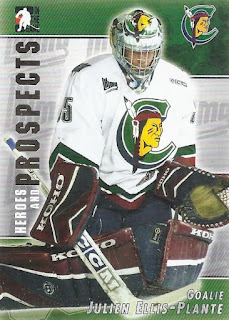 On most of his cards, he's simply Julien Ellis. On a handful, he's Ellis-Plante, and I think that's odd enough to highlight this one. He did share a prospect card with Jacques, but I can't tell if there's any relation. 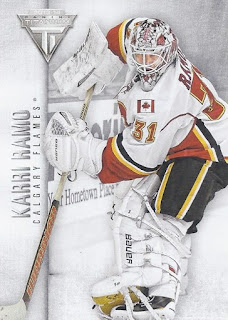 2013 Titanium might be the one time that the retail version of a set was far nicer than the hobby version. You could have chromish cards that scan like heck with nothing visible in the background, or this. No contest. 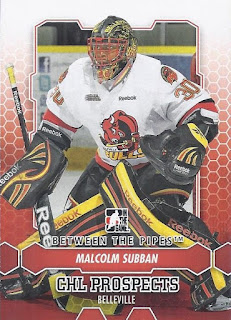 This completes my three-card collection of Between The Pipes cards with Malcolm Subban in the OHL. 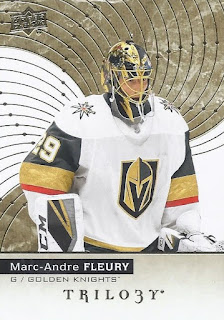 From Upper Deck's "there is no such thing as too much gold on a card" period. 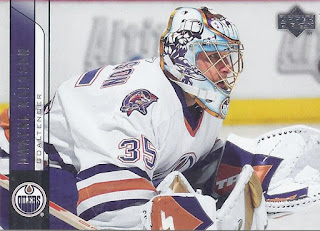 We're ending with Rollie the Goalie! An oiler can be a boat, an oil can or an occupation. The third seems to be best option when you want something associated with the team name for your gear.

And that's it. Thanks again for these goodies as well, Joe!

Back to repack land tomorrow!
Posted by buckstorecards at 05:50