I haven't done one of these so far this year. So let's do two! 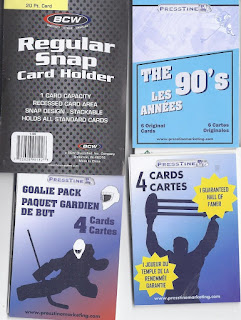 Here's the first of the year! 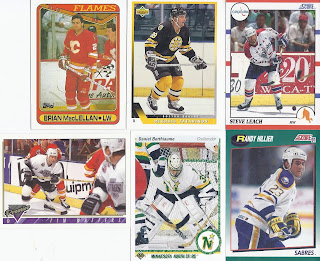 90's screams junk wax, and that's exactly what I got. But I didn't remember that Tatarinov spent time with the Bruins, so this card acted as a reminder of the 2 games he played there. That didn't just warrant an appearance in this set, but also in also Leaf. 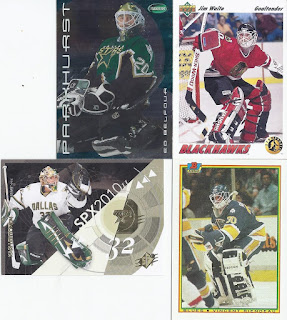 The Goalie pack was pretty bland, until the pair of Dallas cards came in to save it. I really like how Belfour's pose seems to align just right with the borders. 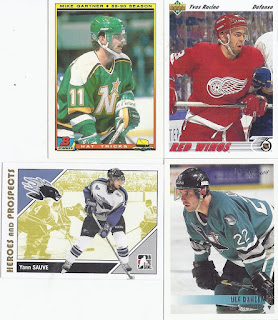 At least the 1990 Bowman card of the HOFer was an insert. And I don't have too many St. John Sea Dogs cards in the binders, so that's pretty nice.

A few keepers is all I ask from one of these, and I got a few of them. What will the other one yield? 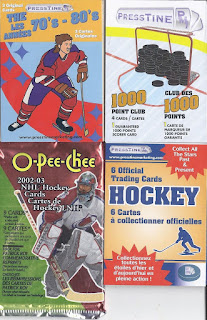 Unopened wax (foil) to go along with the usual repacks.

70s/80s usally means a pair of 1989 OPC cards and another from the mid 80s. And that's exactly what was in it. Mio nicely rocks the creeper vibe in his inset photo. 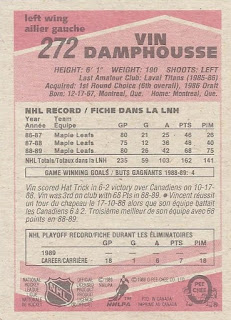 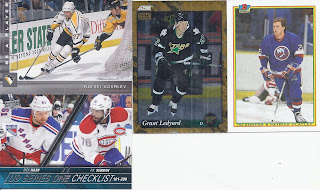 I didn't even get a full 1000pt card - just half with the Rick Nash. But that parallel was unexpected. 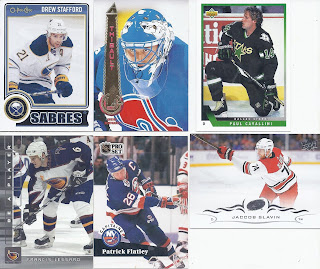 Pretty sweet mask binder card for Thibault. I guess this is a Patrick Flatley hot repack, as there's his second appearance. Staying with the second appearances theme, that card of Lessard is one of only two mainstream release he received in NHL gear. He did play 24 games for the Sens later on, getting 78 PIM to go with zero points. 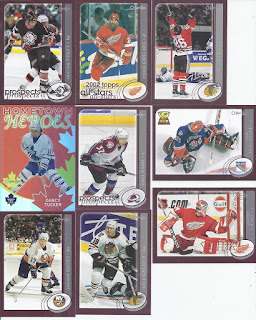 Here's the OPC  pack. Some really nice photos down the right hand side of the scan. That Homertown Heroes insert is 1:14 packs, so that's decent odds to beat on a repacked pack.

Posted by buckstorecards at 09:46