After landing that Sid Abel autograph, I had to return to Walmart to get the rest of the hangers. Which meant, in this case, 3 more. The 4 packs inside were the same. I'll start with those, and group the similar packs together. 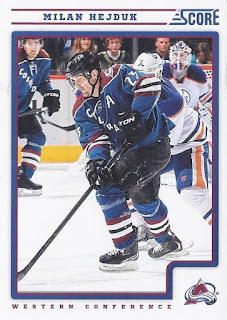 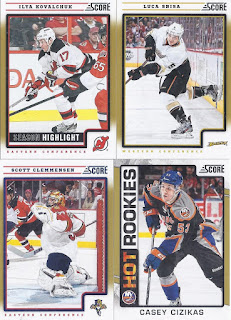 And one of the Score packs also contained the mystical, magical box hit of the Gold Rush Hot Rookies. And it is a relevant player as well! 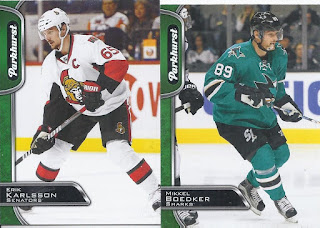 Despite being locked together like a brick, there were a couple PC hits in the Parkhurst packs with a Sens card and a Rangers alum.

As for the pack hit, not much variety with each having a red parallel.

There was also a YG card in S2, but the highlight here is easily the Marquee Rookie of Elias Petterson. 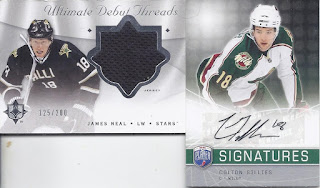 This is probably the worst pairing of the bunch. But you do have a second generation player and a player still in the league, so it still isn't that bad. And if this is the worst of the hits, I wouldn't complain about these being the two I got. 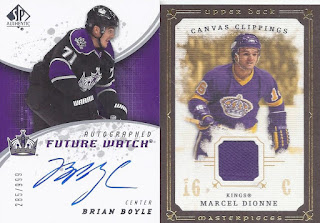 It is a hot box for the Los Angeles Kings! The relic comes from a set that I'll always be a fan of - Masterpieces. Classic purple (or gold) Kings relics are a favourite colour to find on a swatch, and there's the bonus of it matching the uniform in the image. A Future Watch auto to go along with it, and like Neal, of a player still in the league. 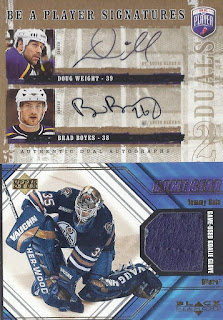 Like with the Connolly, we return to the early days of relic cards with the Tommy Salo - and it coming from 2000 Black Diamond. It is also a pretty unique swatch, coming from a glove. And a dual autograph as well, which I seem to recall being tougher pulls from the Be A Player releases. Doug Weight might have sticker issues, but if that's my biggest complaint, I really shouldn't complain.

How did I not hit every nearby Walmart to get more of these?
Posted by buckstorecards at 06:12