Time again for this post, with the top 10 2/14 cards from the past year. The rules remain the same. 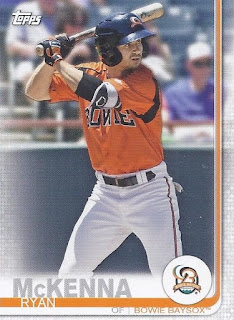 Minor league cards are always nice starts to countdowns. McKenna had a good 2018 in A ball to warrant the appearances in the minor league releases from Topps. I picked this over the Heritage Minors card for the presence of the logo. 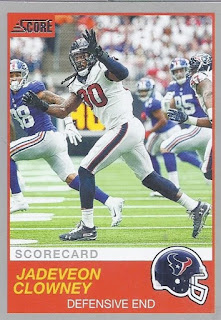 A nice defensive photo on a great looking release puts Jadeveon Clowney's Score parallel in the #9 spot. I might have replaced this with a Seahawks card had he gotten one. 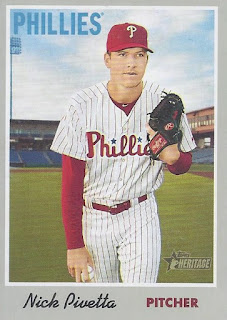 Heritage! Nick Pivetta gets a bonus for also being an addition to my CanCon collection. 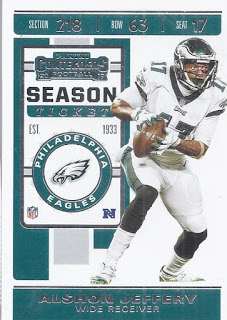 Another one of my favourite designs! 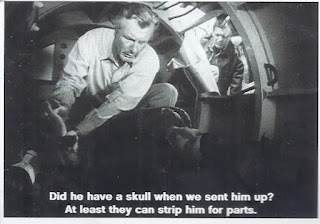 The first of two RRParks MST3K cards in the countdown, both of which first showed up on this blog earlier this month. That's actor Tyler McVey getting riffed there, in a scene from Night of the Blood Beast (ep 701). 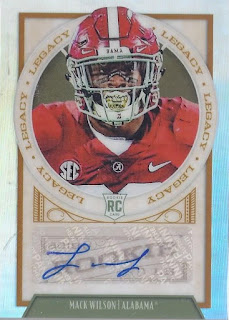 One of a handful of new faces to the collection this year was rookie Mack Wilson. This was the first hit of his I got my hands on. If he'd had a better looking signature, this might be higher. 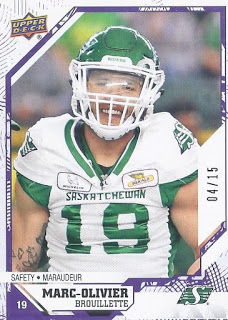 Nothing beats pulling a rare card for your own PC from packs, and that's what happened here. The /15 purple parallels fall at a rate of about 1 per hobby box, and this was the 1 per box I got from a box I got at the Expo. I'd likely have this higher if he didn't look baked in the photo. 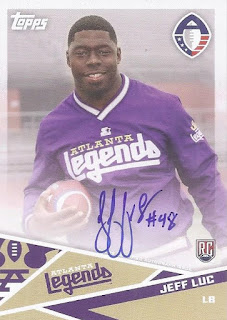 An on-card autograph for a player in a league that didn't even complete its first season. That's something special. I haven't been arsed to look over XFL rosters to see if those contain any potential, but Jeff isn't the only AAF guy in the set, as old favourite Christian "which ocean" Hackenberg is also in there with autos. 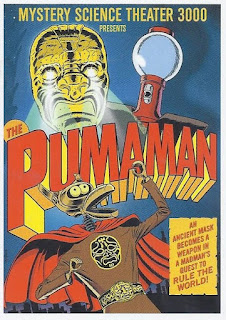 He flies like a moron! And based on its release into theaters on 2/14, Pumaman makes it into the binders, and the #2 spot. 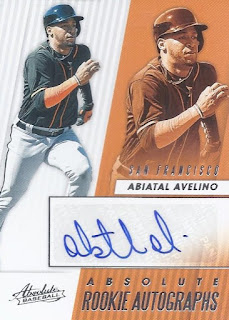 And why not use my favourite baseball release in the #1 spot? So much variety in every pack, it is like busting a repack, only with the chance at some autographs, relics and a lot of shiny cards. Even if Avelino wasn't a chase card for many, he was for me for his 2/14ness.

And there you have it! I'm not sure what the next year promises in terms of releases. Ryan MacInnis has made his NHL debut, and should have some Columbus Blue Jackets cards to chase. And I'll have to practice my googling skills as the NFL draft approaches to be on the lookout for next year's Mack Wilson.
Posted by buckstorecards at 03:39