Off to the mailbag today, and a bubbler from Dennis @ Too Many Verlanders. 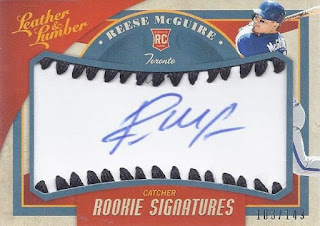 Starting off with a name that's been in the news lately, for all the wrong reasons. 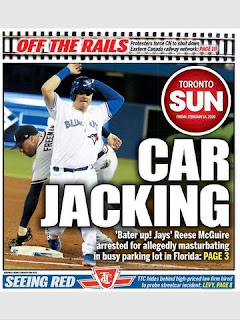 Thank you, Toronto Sun. You occasionally mine some gold. 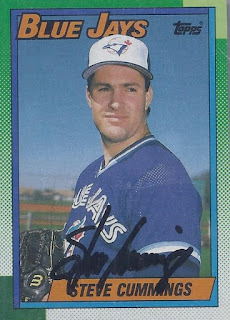 And this seems like an appropriate way to follow up a Reese McGuire appearance. It isn't a certified auto, but I can't imagine this is a forgery. 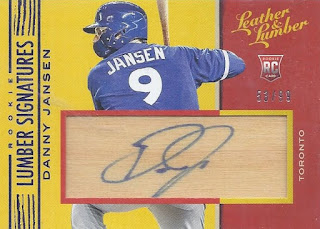 The less-embarrassing of the 2019 Blue Jays catchers. 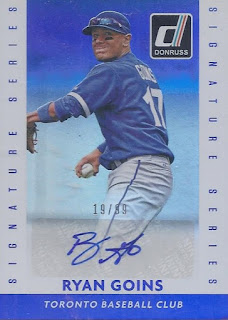 Blue parallels are always the best parallels for Jays cards. 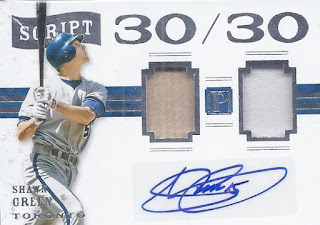 One of the players who had runs with my two favourite teams wraps up the baseball portion of this post. 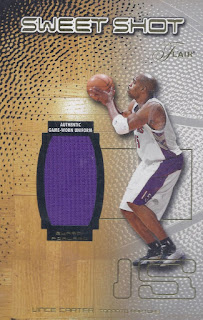 But I'll stay in Toronto for this Vince Carter box topper relic. 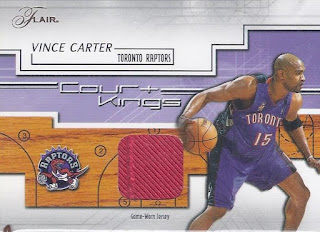 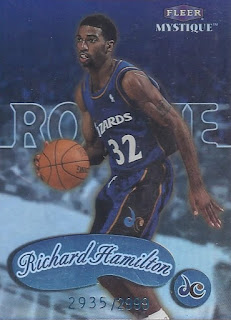 That's a perfect way to lead into the 2/14 portion of the mailer, with the only basketball entry. 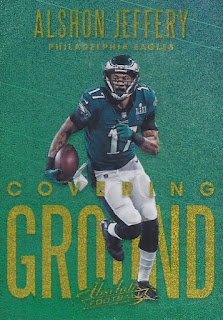 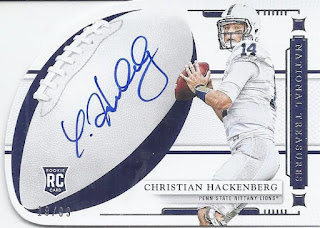 A couple football guys who also upped their totals by one. 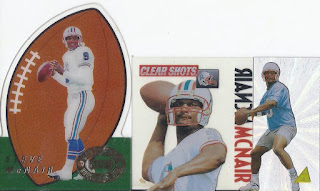 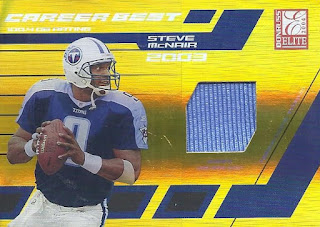 Some acetate and a swatch put Steve McNair up by 3 to the 145 mark. 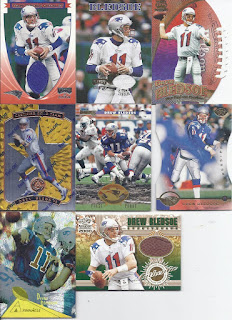 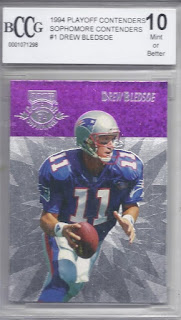 But here's your winner this time - Drew Bledsoe with 9 cards. Although one is a 10. He's in third place in football, but still significantly behind McNair with 118.

And there you have it! Expect a return package to be fired off at some point in the not-too-distant future.
Posted by buckstorecards at 08:41