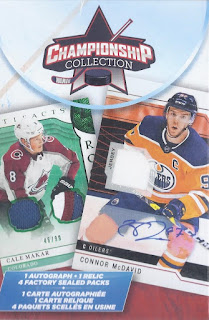 I left S1 stuff on the shelves because of these new repacks. I was really hesitant about these, expecting the hits to be of players I'd barely remember to go alongside some MVP blaster packs.

Then I watched some breaks, and decided it would be worth trying one. 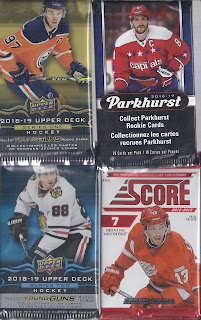 These are better packs than I expected, even though the packs were typical for repacks. 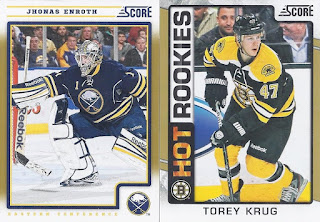 Score was pretty good, as I got one of the box hits. The Gold Rush rookie parallels are one-per, and I even landed a still-relevant player, which is always hard from 12/13. 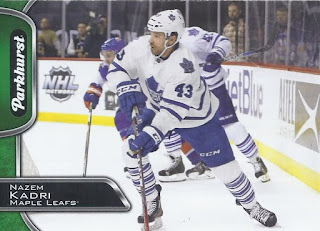 Parkhurst was nice as well, getting me a new Kadri for the Rangers alum binder. 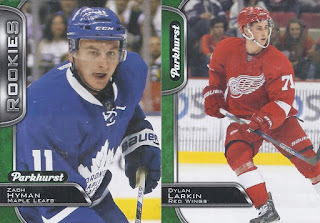 As well as a couple more for a future Ann Arbor bound mailer. 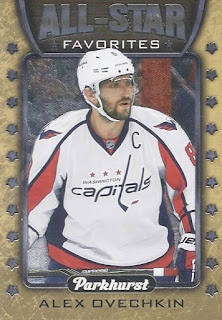 Even an interesting insert! 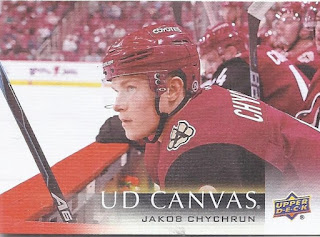 Not too much of note from the UD packs, but Canvas cards are always photographic fun. 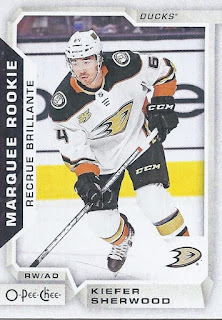 And your standard OPC Update.

But this was really about the hits. They're actually pretty good! 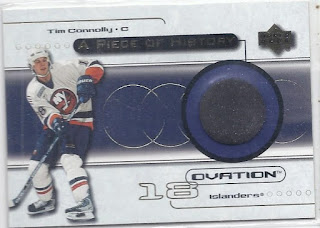 The relic actually goes back to the early days of those cards, coming from a 1999-2000 release. The relic really isn't a swatch, but a small chunk from a game used puck. While I've landed on-manu puck autos in the past, you can definitely tell the difference between those and these. 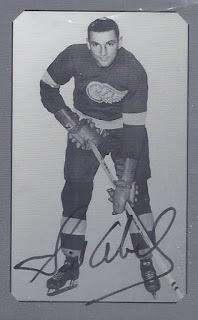 Even though another one of these was pulled in the video I linked above, I still was amazed that this came out of a repack as an inserted autograph. An on-card autograph of a HOFer, from a time when autographs in packs were still becoming a thing. The best I can tell, this Sid Abel was part of a group of autographs meant to be released in earlier products, but didn't get out until 2001. Sid had already passed away by that point, so they had to be meant for something else.

Still, what a keeper! 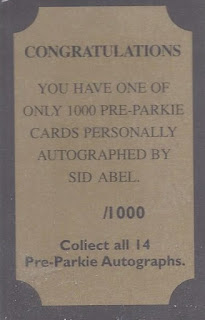 Here's the back of the card. I've seen others from this set come up in other videos (Chuck Rayner, Milt Schmidt), so I immediately regretted not buying every one of these on the hangers.

I went back the next day to get the last three. While I didn't get any more Pre-Parkies, there still was some nice stuff there, and I'll cover those next post.
Posted by buckstorecards at 04:30