Now for Part 2 of the cards from the Father's Day breaks. Titanium cases of hockey and basketball, in which the randomizer gave me the Islanders, the Thunder and the Cavaliers. All three teams picked up hits for me, and it is time to show off some of these cards.

Here were the Islanders base cards, probably all of them in the base set. Although I probably would have put Nabokov among them, I'm pleased that Cal Clutterbuck earned himself a card in a set with limited base.

The trio of autographs weren't the most spectacular, but autos are autos, and they're always an interesting addition. Anything that adds a hit to my mask binder is a good one. And I can't imagine that there are too many autographs of Joe Finley out there. So, even though this reeks of a sticker dump, I can see this glass as half full. Even though I only know of both of these guys because I have cards of them.

The base for Oklahoma City. 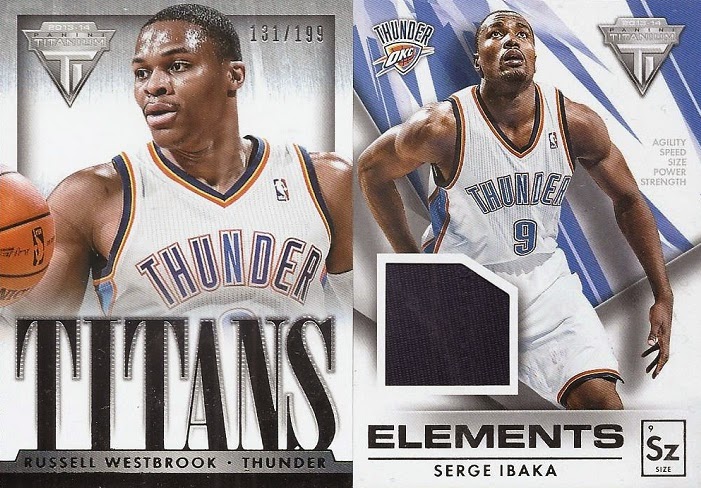 And a pair of inserts. Unlike with the hockey, at least I had heard of them before ending up with their cards.

As for the Cavaliers, they were probably the random result I was happiest with. With a pair of Canadians in Tristan Thompson and Anthony Bennett among the hits, I was hoping for a nice addition to my slowly developing collection of Canadians in the NBA. 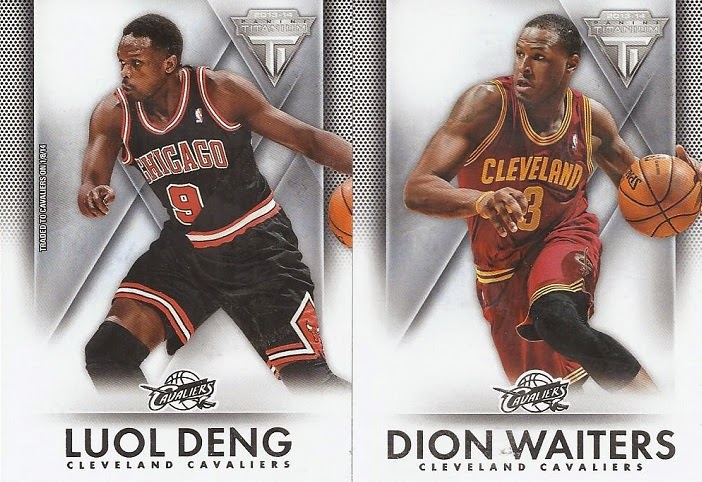 Nothing among the base, but it really wasn't expected here. 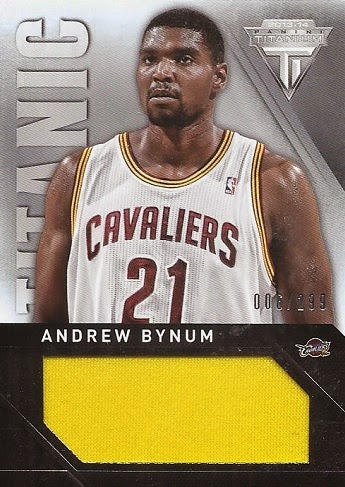 Here's one of my two hits that the Cavs brought me. It is interesting that despite the fact he was traded for Luol Deng, the latter has a base card as a Cav, yet this card remains a Cavaliers one. And to keep the multi-team this bright yellow swatch is from the Lakers. 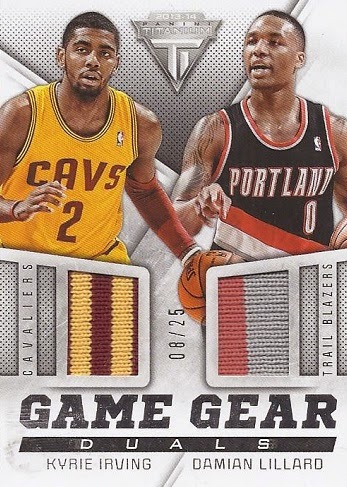 Well, no Thompson or Bennett, but this is pretty nice.
Posted by buckstorecards at 17:03