And now, some of the hockey cards that I've got through the Challenges. Namely, the ones I haven't shown yet, making the box temporarily free of hockey cards. Until I hit ship again. 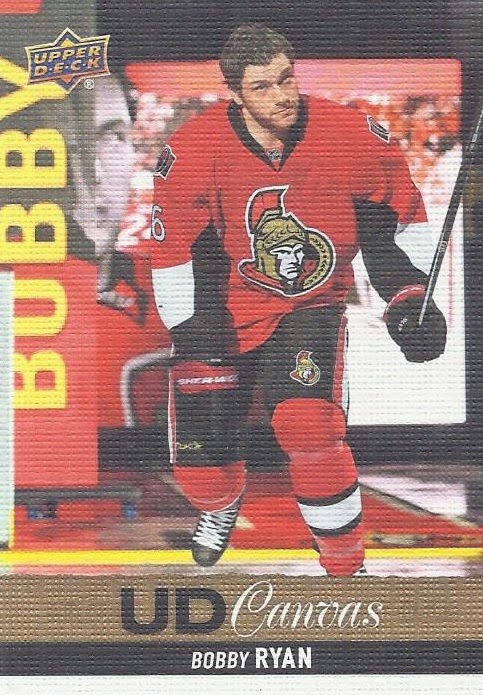 The Canvas cards have been a highlight from the past few years often coming up with better photo choices than the main set. For this one, this is a really good choice for a card for his debut season with the Senators. An intro shot, with his name in the background. Nice. He had a bunch of nice cards this year in later year sets. The OPC had him in the retro unis, and there was a nice celebration shot in Score. UD's base was the dullest of the bunch. What are the odds with that? 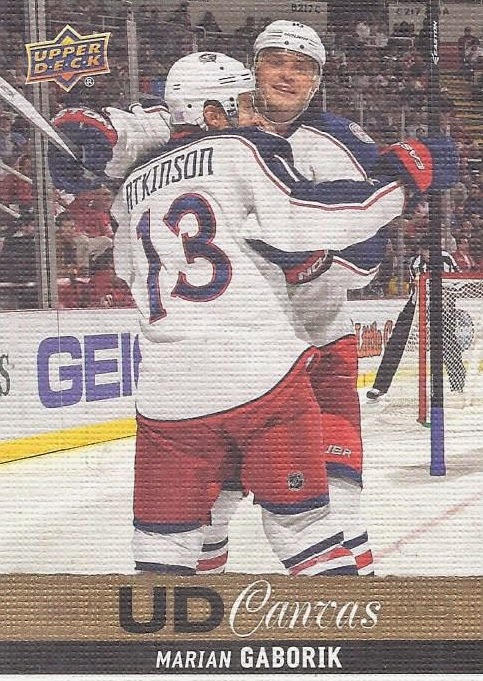 And the second of the two Canvas cards was a 2/14 member of Gaborik. Marian moves into a tie once again for the lead in the 2/14 category alongside Milan Hejduk. 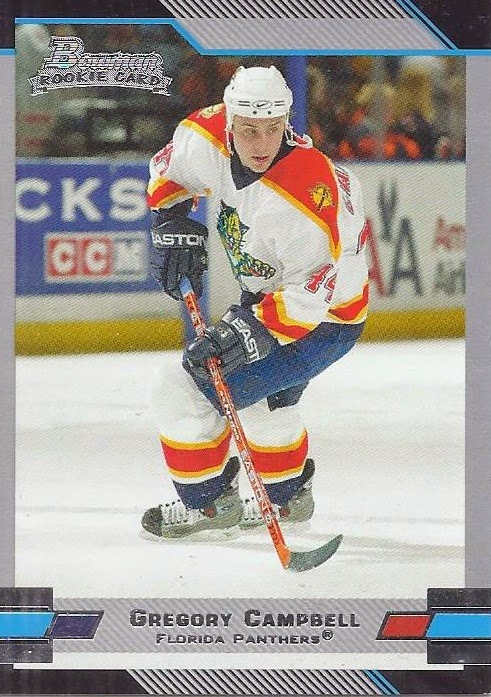 Moving off the canvas, and on to a new card for my Rangers alum file. He spent more seasons with the Panthers than with the Bruins, but it is really hard for me to picture him playing with Florida. 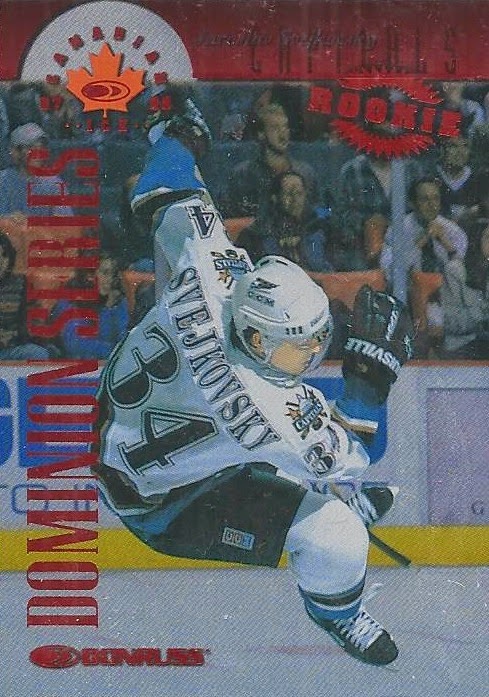 "Welcome to the NHL, kid! Here's your rookie card! Sorry that it has a picture of you falling on your arse. Look at the bright side - there's only 150 of them out there." 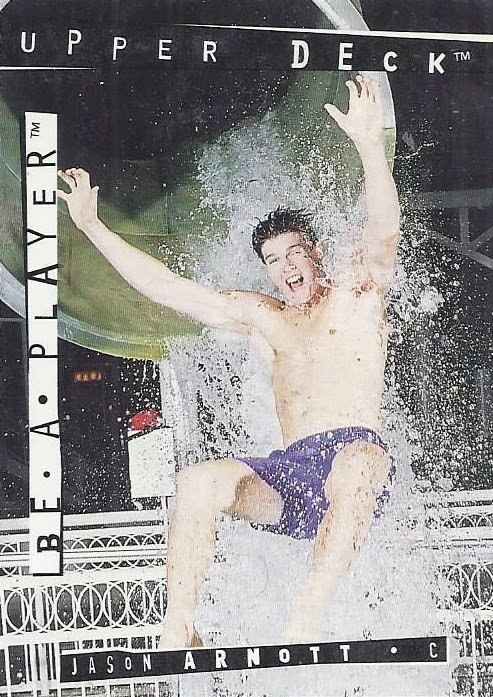 Look on the bright side, Jaroslav. Your card still isn't as shameful as this Jason Arnott. 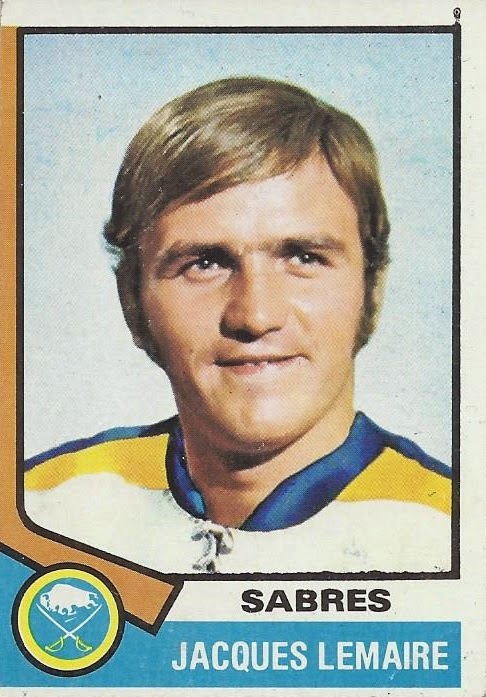 Here's another zero year (tm: Nick @ Dime Boxes) of Jacques Lemaire. You can thank this story at Puck Junk for the story behind the card, and the reason I picked it up. That's a respectable job of 70s airbrushing, though. 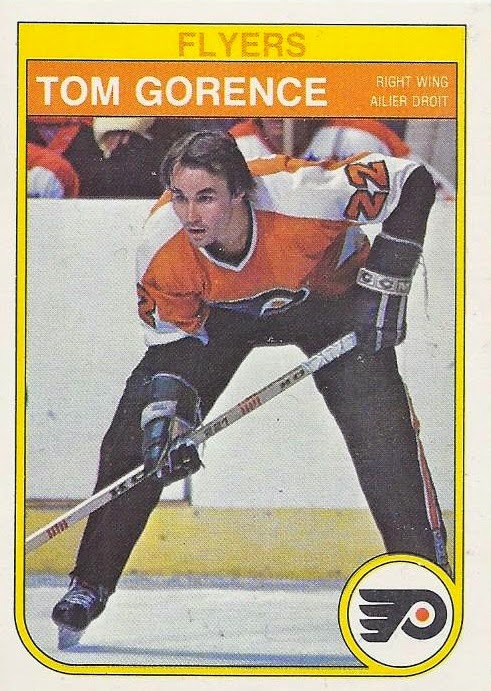 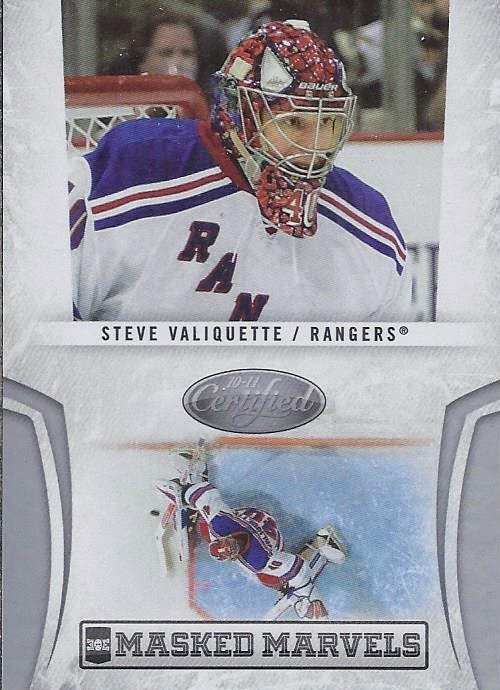 And wrapping up this with yet another mask binder card. It is only my second of Valiquette's Spider Man mask, and I'm not really the biggest fan of the comic/movies.

So, just the Hollywood and the basketball cards to go, leaving nothing but baseball in the box.

Posted by buckstorecards at 17:26