Much like the first time, this is the time to show off some of the goodies picked up when I grab the Raptors late for a discount at mojobreak. 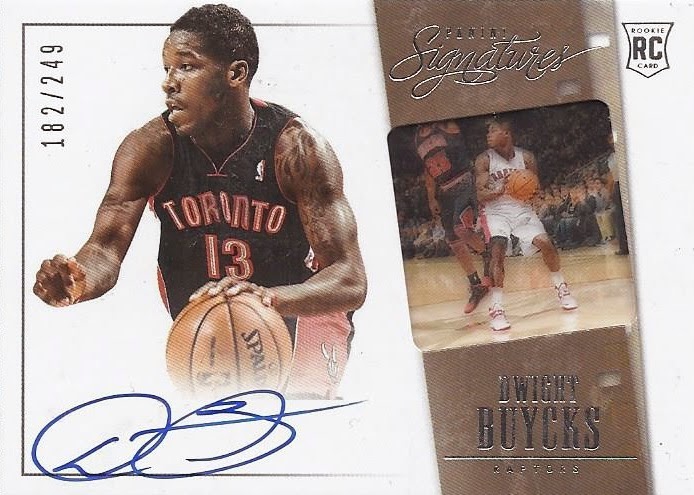 A mixer didn't bring too much to me, but it did get me a nice on-card autograph with a film cell of Dwight Buycks. They're quietly turning me into a super-collector of the guy, despite the fact he didn't exactly log a lot of minutes this past season. Still, he's a Raptor, and I'll collect his cards while he is here.

And that's about it, aside from some base cards from contenders. As a team collector, I always love that they send the base, even though sometimes you end up with piles of them. My favourite of the bunch is easily the Kleiza with the Remembrance Day camo uniforms.

But, a case break of select netted a nicer stack of cards. 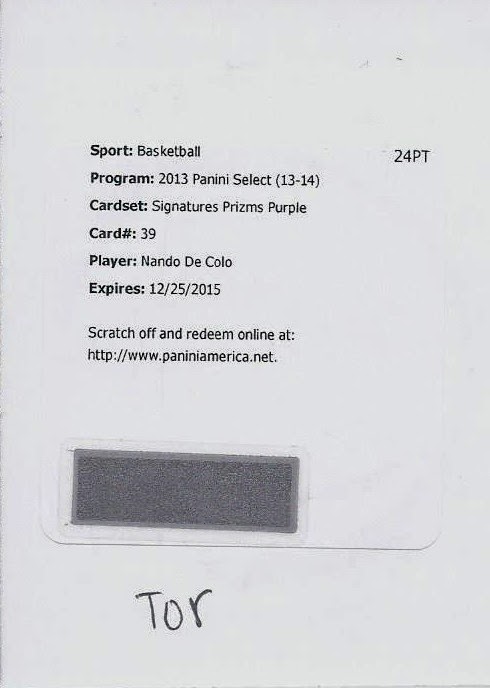 I was really hoping that this one was live, as it was the one I was really hunting for as a completist. Nando came over at the trade deadline from the Spurs, so it would be nice to get a card where he'd at least be listed as a Raptor. Unfortunately, he has signed to play in Russia next season, so I'm not exactly optimistic that this will be fulfilled. But, much like the Cody Ceci hits, I'm going to wait this out. 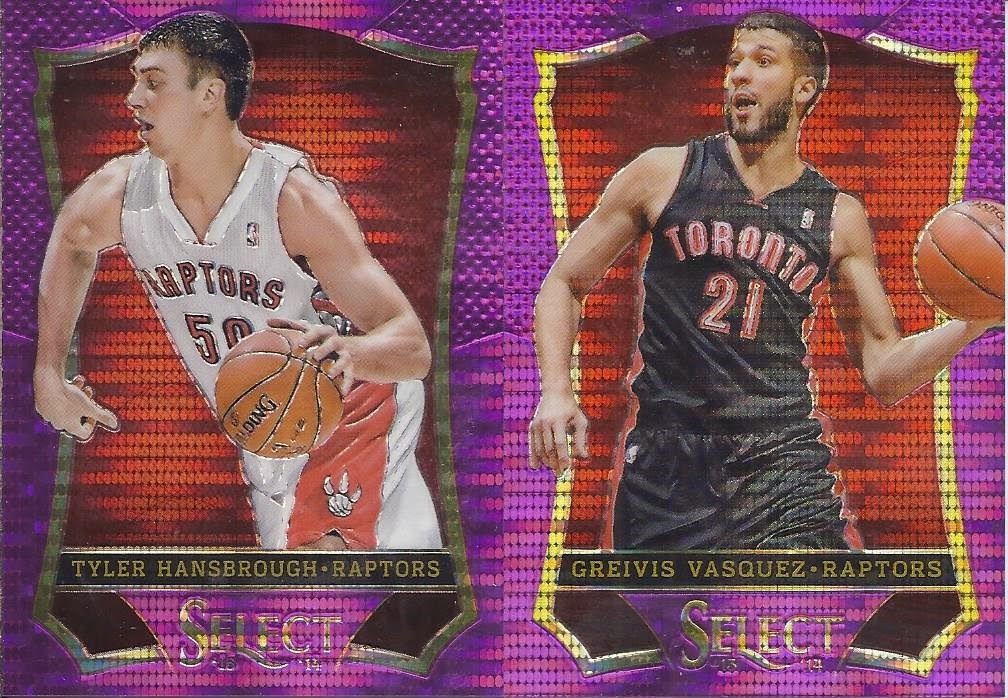 Here's a pair of numbered cards. Both are numbered to /99. With the Raptors returning to their dino uniforms on occasion next season, it is nice to get a card that is paralleled with the classic Raptors colours. 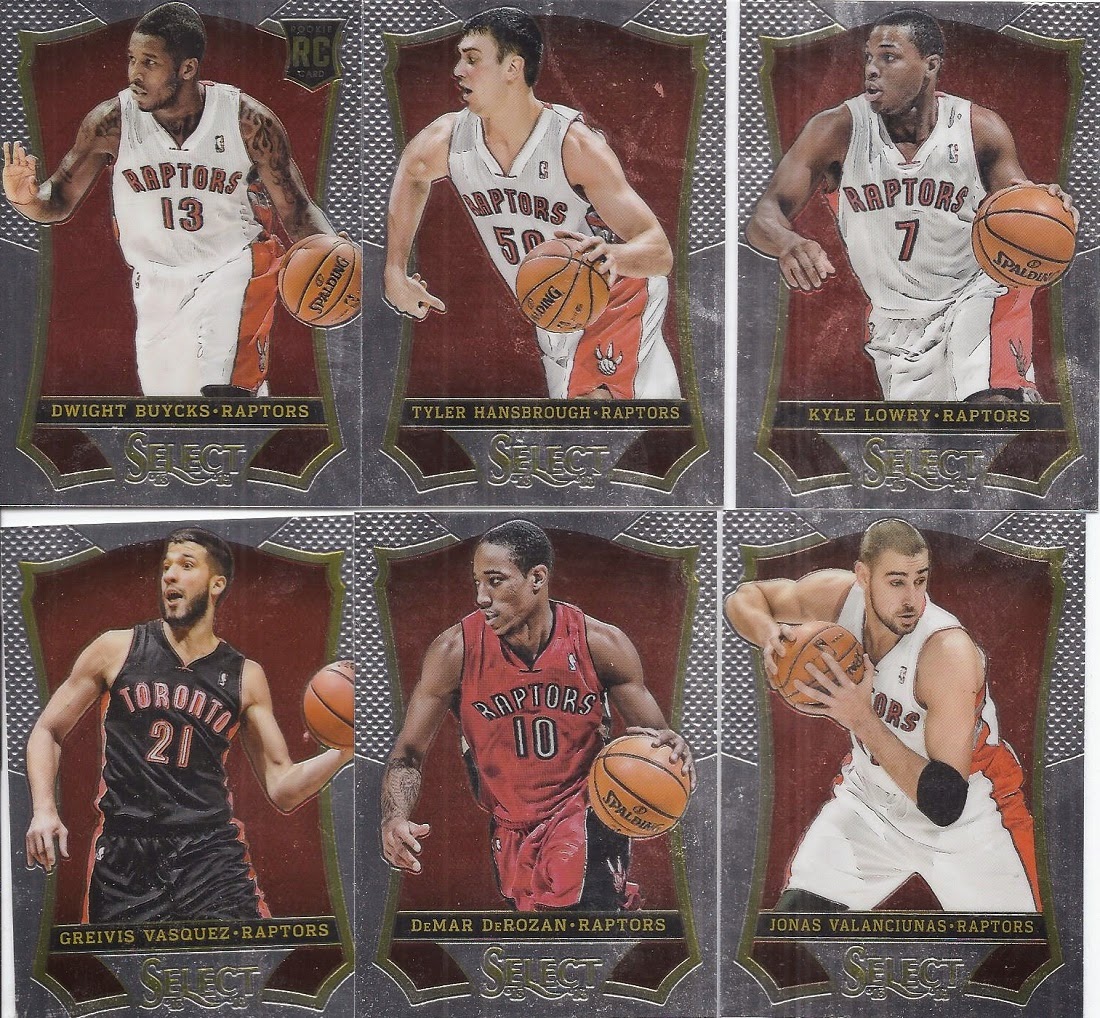 And several copies of each of the team base cards are also nice. 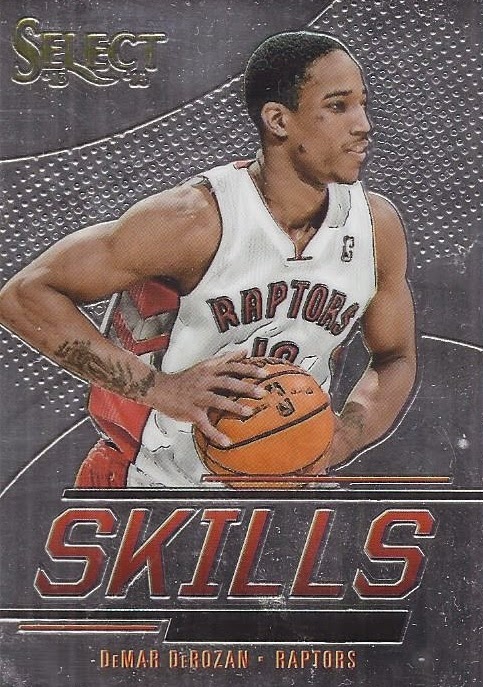 And a base insert.

So, support a team that nobody else cheers for! They're cheap group break dates!

Posted by buckstorecards at 07:24