Time for yet another repack. This time, a basketball one with 10 packs awaiting me.

I'll group the 1990 stuff and the Prestige together for the first post, throw in one of the Adrenalyns and hit the rest tomorrow.

Now, I suppose I could post the contents of the 1990 stuff, but I really don't feel like typing Shawn Kemp and Glen Rice three times, since the top-notch collation of the early 90s resulted in the two Fleer packs being practically identical. Best card of the junk wax bunch? 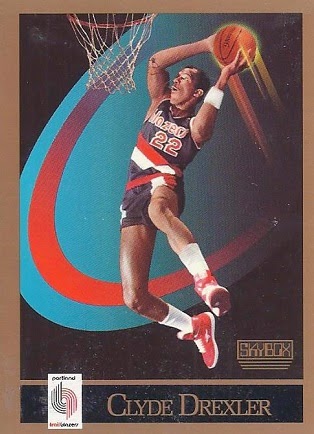 A sweet Clyde the Glide from Skybox. There may be several million of these out there, but it is a nice looking card with the Skybox design, even though he appears to be soaring as opposed to gliding. Hey. It is junk wax era cards - take what you can get.

Now, something a little less common with the 09-10 Prestige. 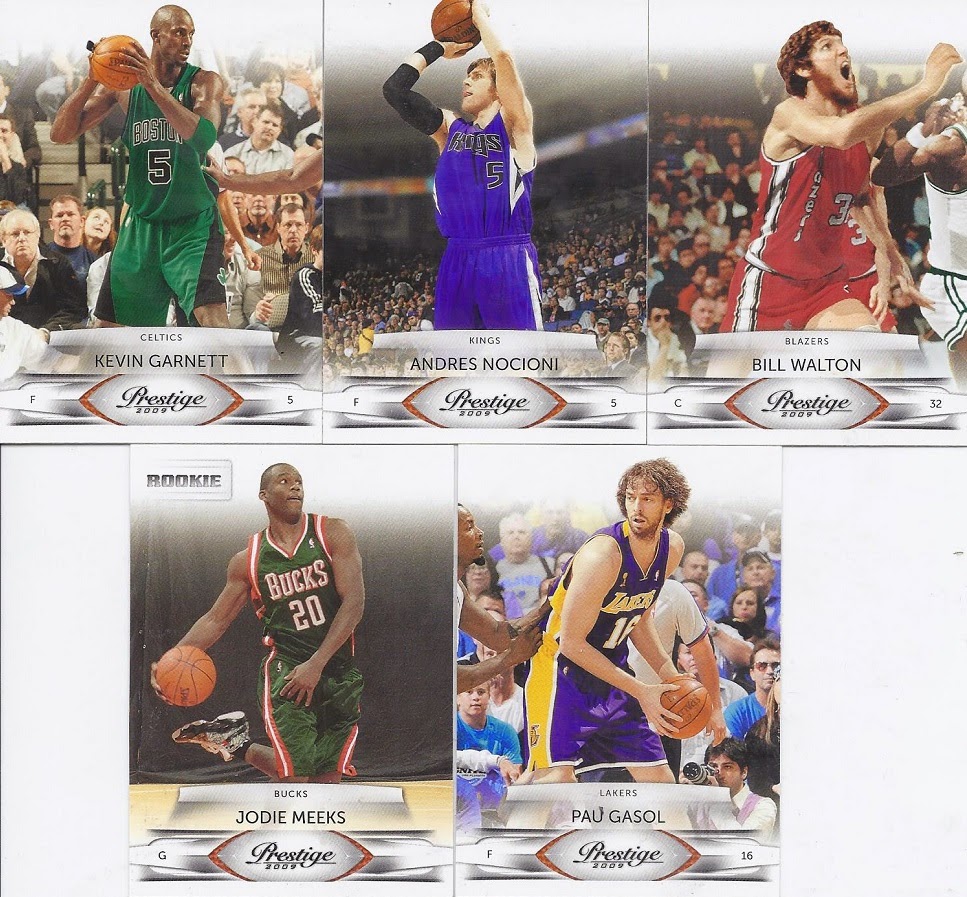 Only 5 cards in the standard pack. I can't complain too much about that when I get a Celtic (my pre-Raptors favourite team) and Bill Walton rocking spectacular facial hair. 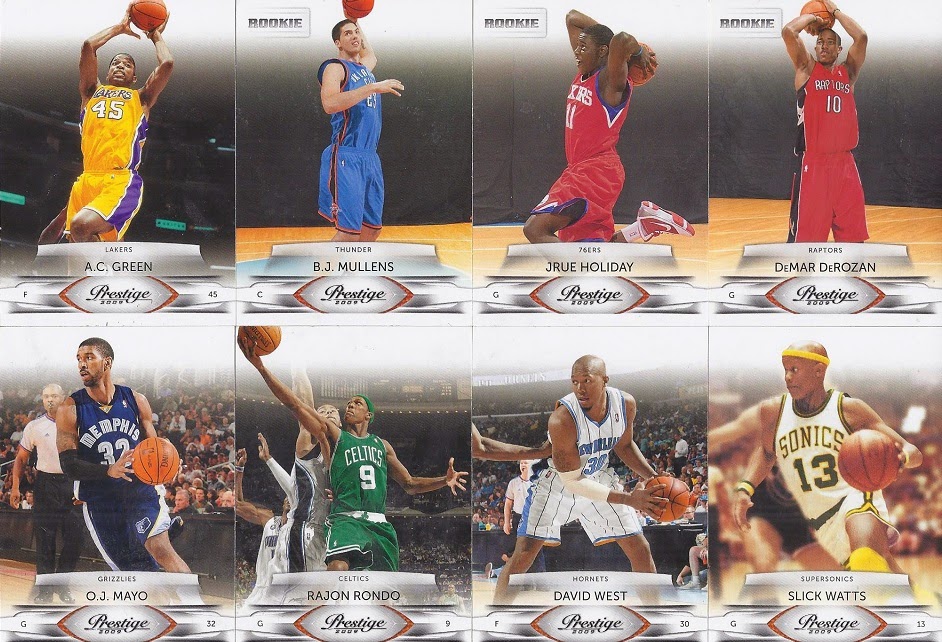 Now digging into the rack pack, things were much better to start. So much awesome here. A rookie of DeRozan might seem to be the highlight for a Raptors. It is, but it is closer than you'd think. Firstly, we've got a card of a guy named Slick. Slick. He ain't no Jive Soul Bro. Seriously, it is always nice to pull a retired player who doesn't get that many appearances. Also of interest - B.J. Mullens. He now ties Tyus Edney for third overall in terms of 2/14 basketball guys, far behind Muresan and Hamilton. 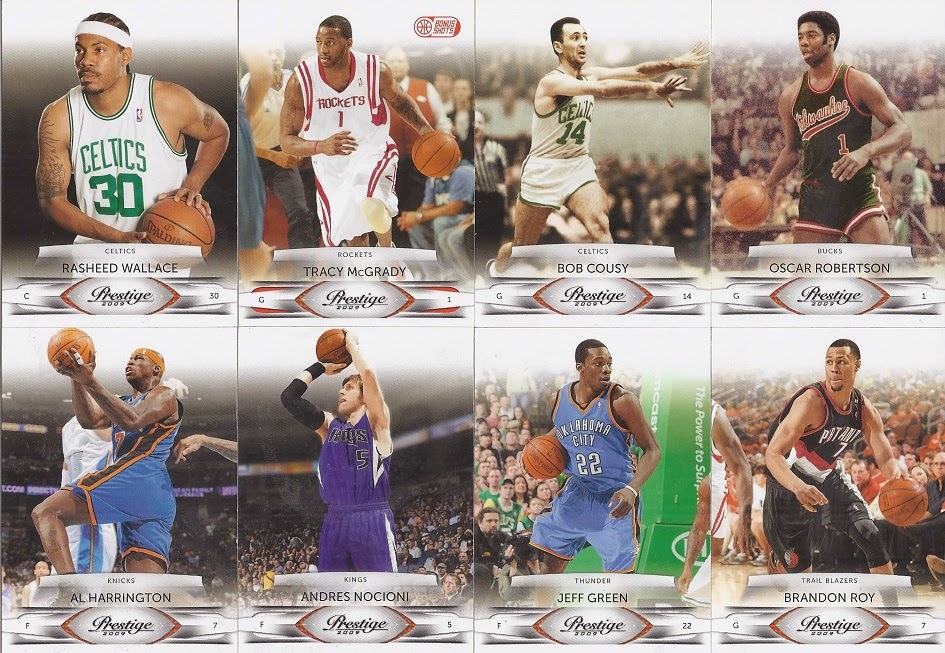 And the second part of the pack. The McGrady is numbered to /300. More legend love here with Cousy and Robertson as well. 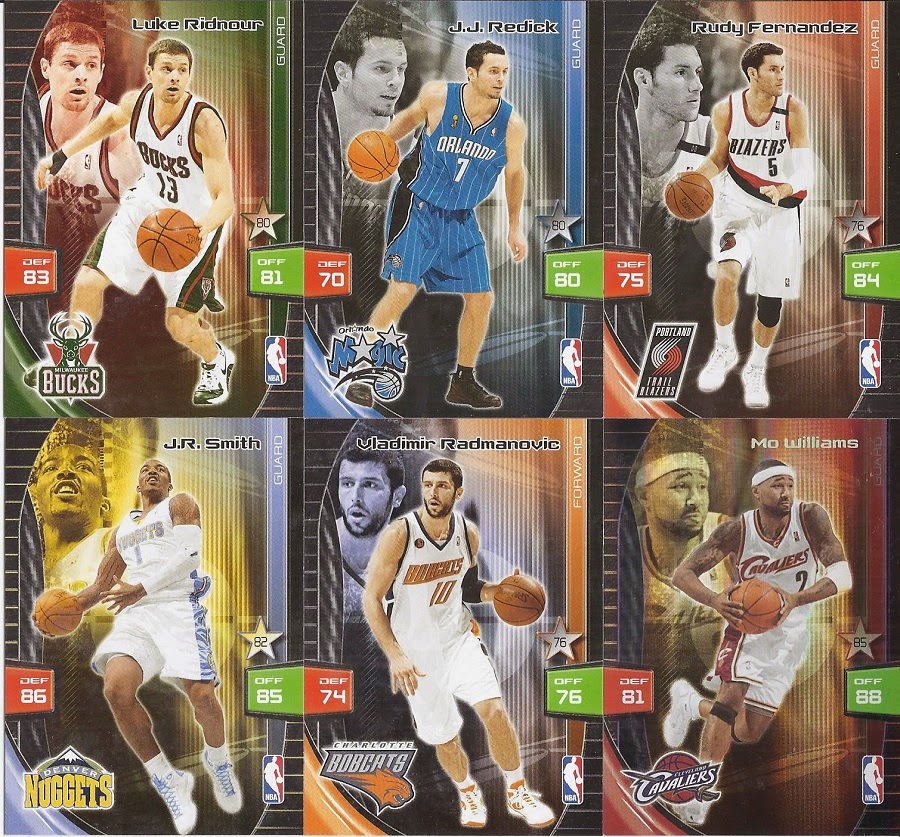 Ande your typical blah pack of Adrenayn. At least one of the cards was shiny.

Part 2 tomorrow, depending on what comes in the mail. There's two packages I'm waiting on.
Posted by buckstorecards at 18:01