Over at mojobreak, they busted some boxes of Panini products that included some Father's Day product. I didn't do any Titanium from either hockey or basketball this year, so this seemed like a good time to give them a shot. I ended up with the Islanders, Thunder and Cavaliers through the randomizer, and ended up with a nice 6 pack of hits.

But, I'll get to those later, since I want to highlight some of the Father's Day cards, especially since a pair of them are promised elsewhere. 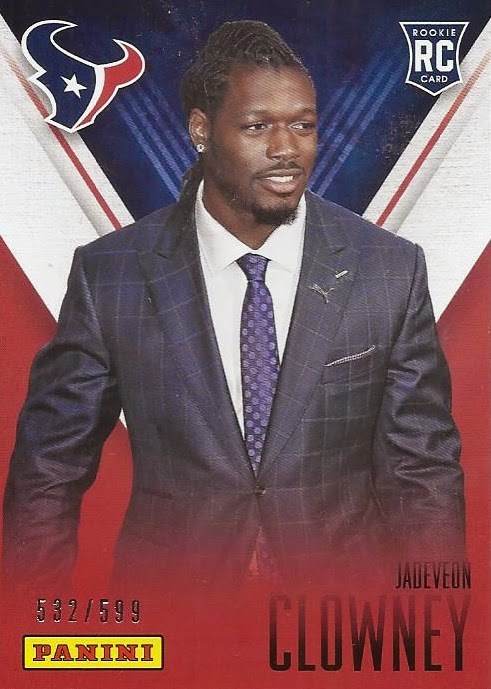 But this one is staying right here with me. It is my first Houston Texans card with 2/14 baby Jadeveon Clowney, as well as my first numbered card of his. It is a nice start to what I'm sure will be a lot of cards of his that will be adding this year to that binder. 3 cards down, many more to go. 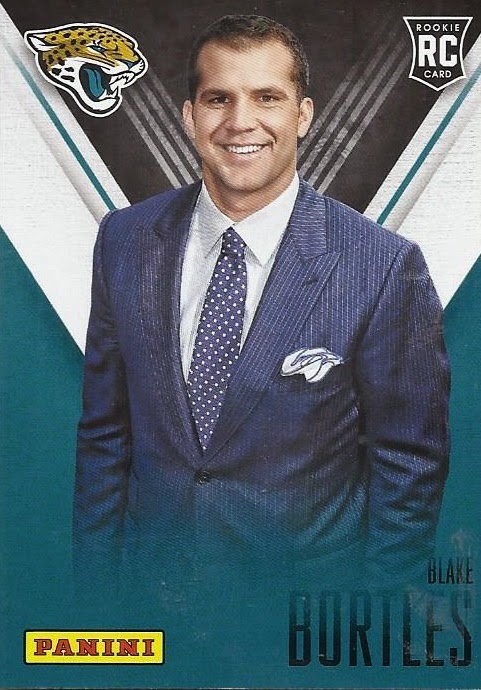 You can't tell by looking at this card, but some of the base cards in these packs were thicker than the others. Anything to foil pack searchers is OK by me. Still, it isn't like ending up with a Blake Bortles cards is a bad thing. 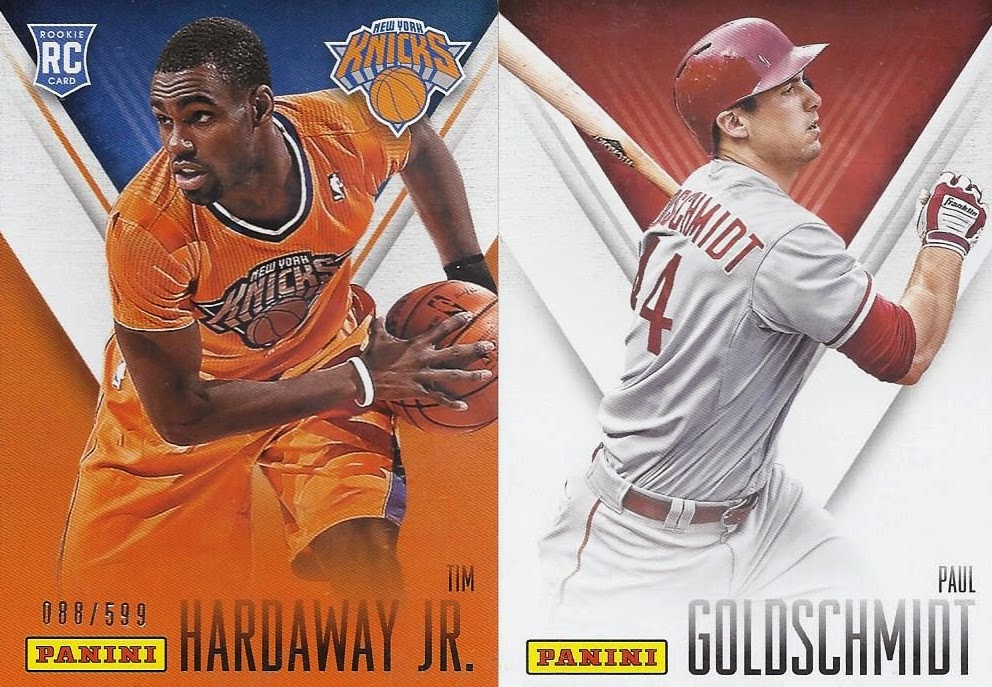 I did mention a couple cards on their way to others, and these will be the ones. Someone who can't get Too Many Manninghams will add this very orange card of Tim Hardaway Jr  to his collection, and someone who doesn't quite have their own card shop will be getting the Goldschmidt. That means I can finally hit the post office tomorrow! WOO-HOO! For both Canada Post and the 4 people that are expecting envelopes. 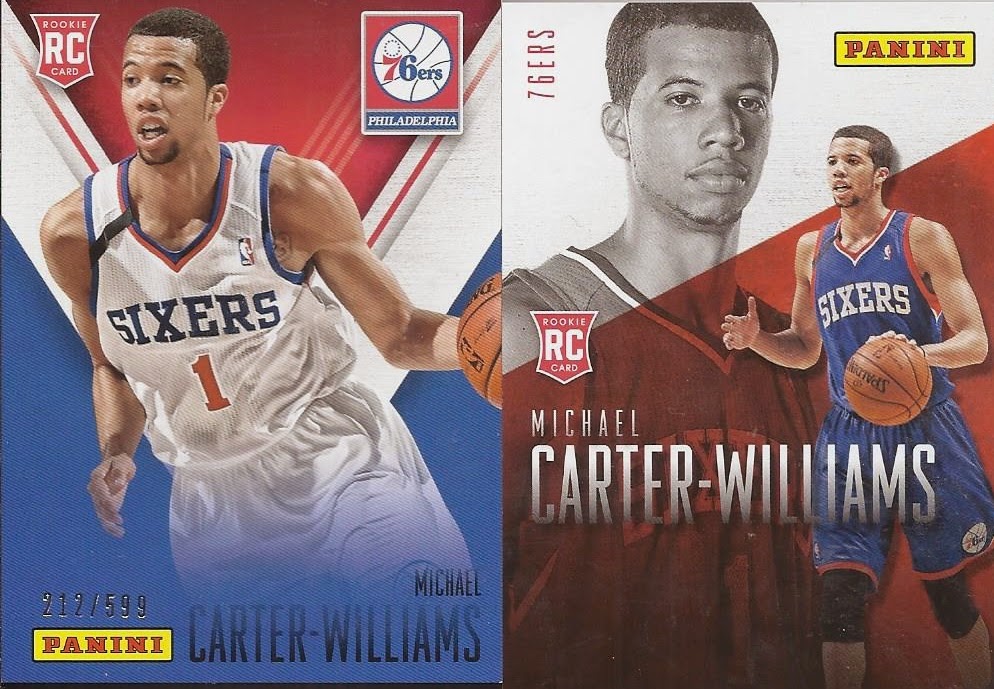 If variety is the spice of life, one of my packs sure wasn't. Still, a pair of cards of Michael Carter-Williams is nothing to complain about. 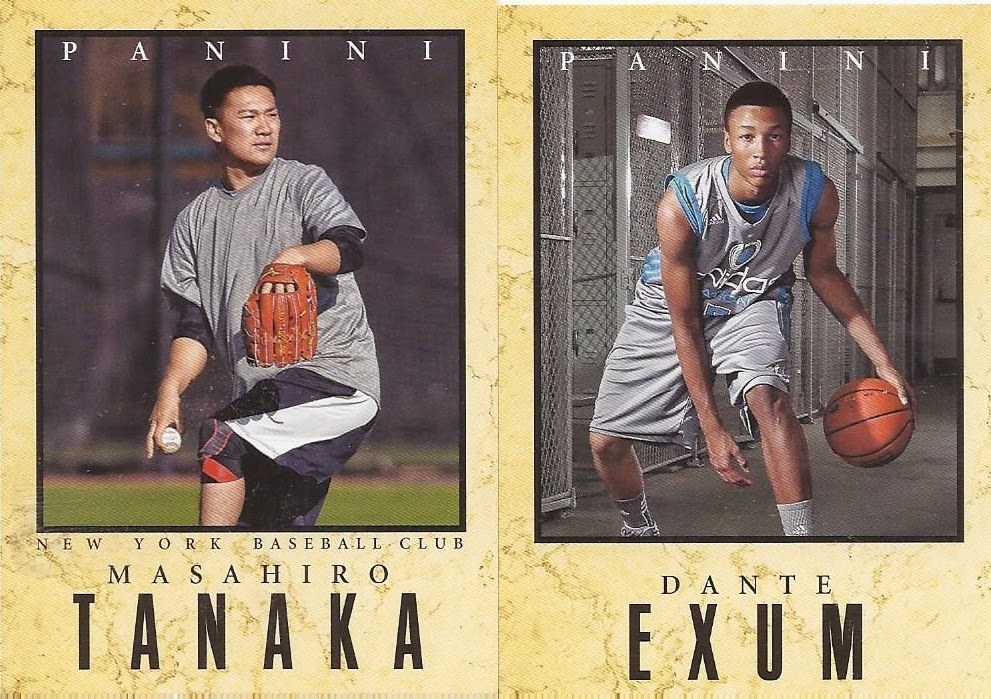 The Elite portion of this release consists of three cards, and I got two of the three. I missed only the Johnny Manziel.  For a pair of cards that couldn't use the team logos for different reasons, these both look really nice. The Manziel was the only that did have the team logo on it. 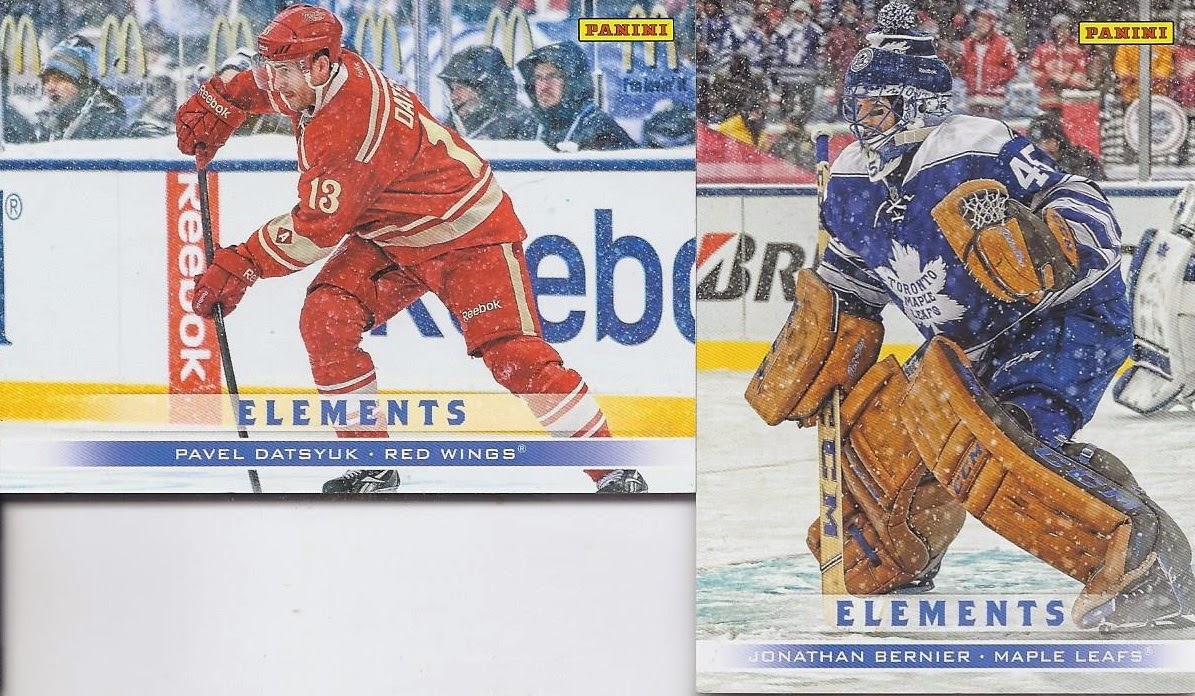 There were even a couple cards that were definite photographic keepers as well.

And a pair of hits: 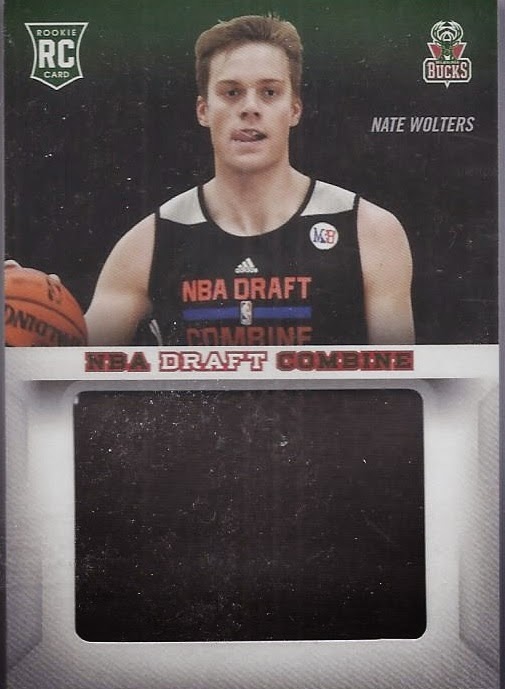 This is definitely one of the more unique items to have a swatch from. This black swatch comes from the shirt worn during the NBA combine. Although it isn't a game used, it is always nice to be able to place a date on a particular swatch.

That was nice. The next one was amazing. 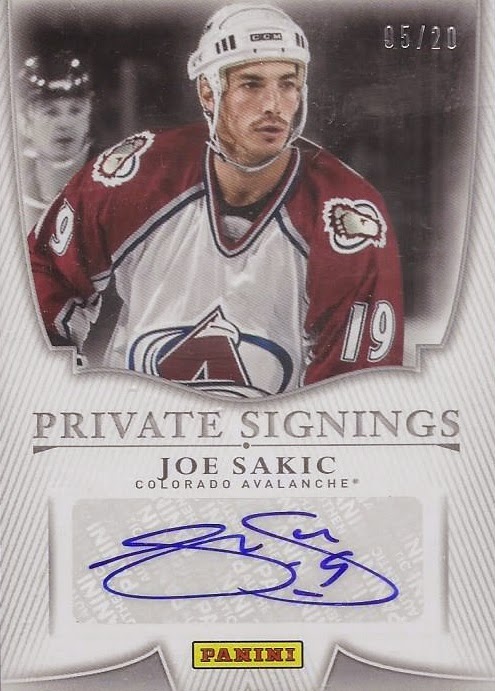 I saw the Avalanche logo coming out, and assumed I'd gotten an autograph of Nathan MacKinnon. I was so very wrong and so very happy to be wrong. While I'd probably try to flip the former, I'm instead looking for a nice secure case for it. This is the second really great autograph (albeit sticker ones) that I've gotten through a mojobreak break over the past month or so. I'd rank this one as my favourite above the Jagr, but I've got one that should surpass these.

Tomorrow, the Titanium goodies. And there's a really goodie among them.
Posted by buckstorecards at 16:23