I decided to get in at the last minute to the break with a random slot and ended up with the Marlins through ye olde randomizer. They arrived today - time to post. 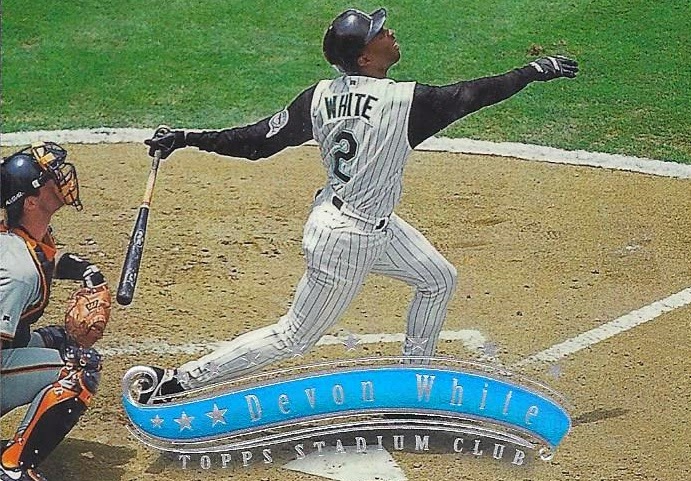 The first box to open was 1997 Stadium Club, with all sorts of cards sticking goodness. But, when this card popped up, I was very happy. I decided to take a look at some of the COMC pictures of the cards, and immediately fell in love with this picture. It's just a beautiful use of the horizontal medium, and if I didn't end up with this card of the former Jay, it certainly would have been in on my wantlist.

I guess one of the Topps photog was determined to get all the shots needed during the Marlins trip to Wrigley. 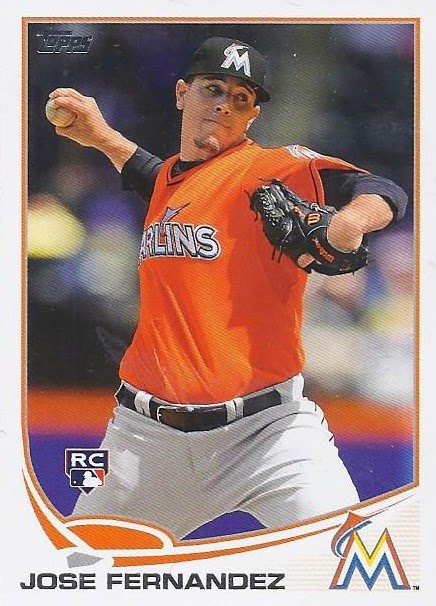 I didn't get any hits from it, but I guess this would be the closest - a mini of Jose Fernandez from last year's Topps mini set. 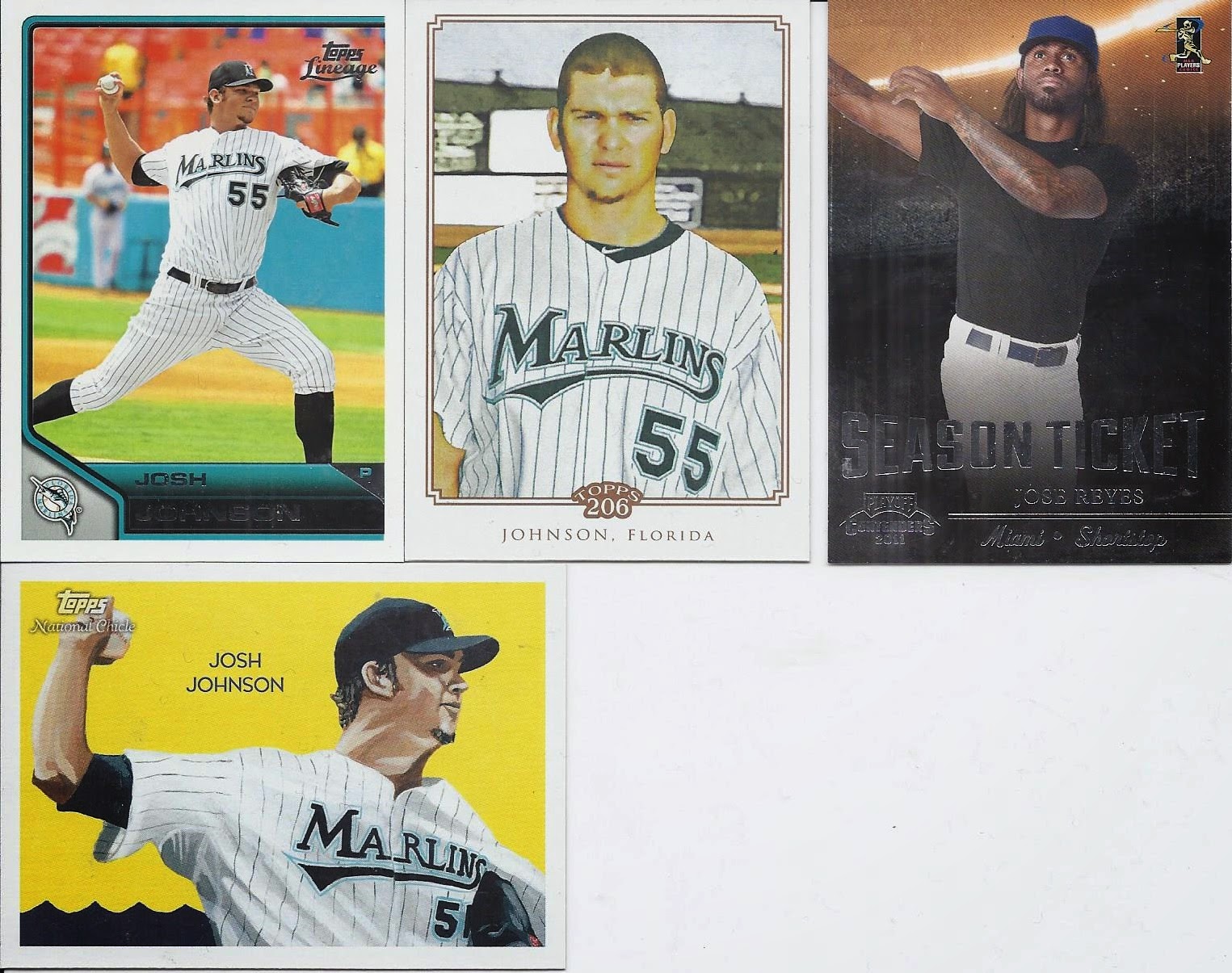 With the Marlins, you know you'd get a couple guys who'd spend last year in Toronto. At least one of the two is still north of the Border. The less said about Josh Johnson's time as a Jay, the better. 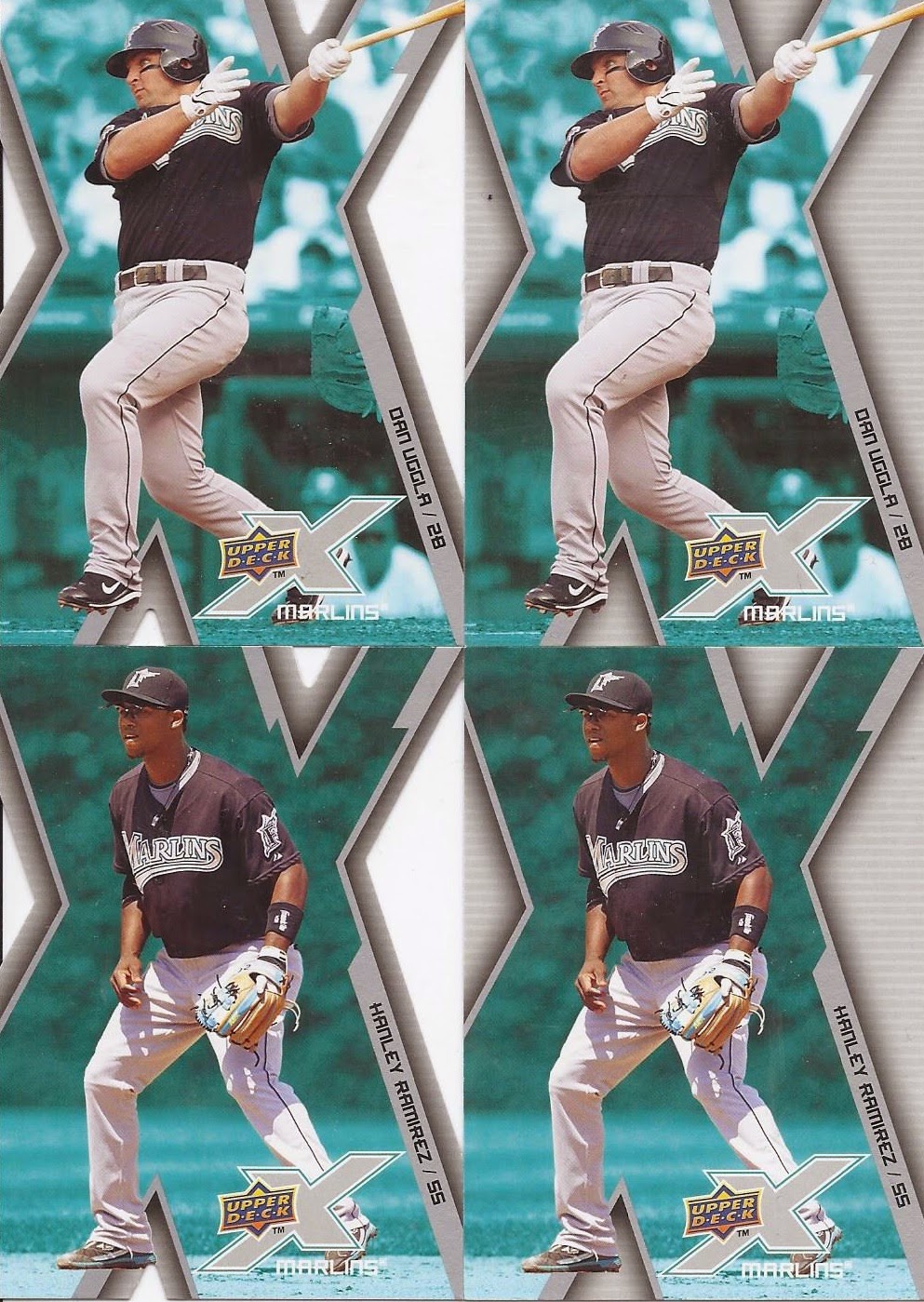 From the "Fun with collation" files, both the die-cut parallel and the base from Upper Deck 'X'. 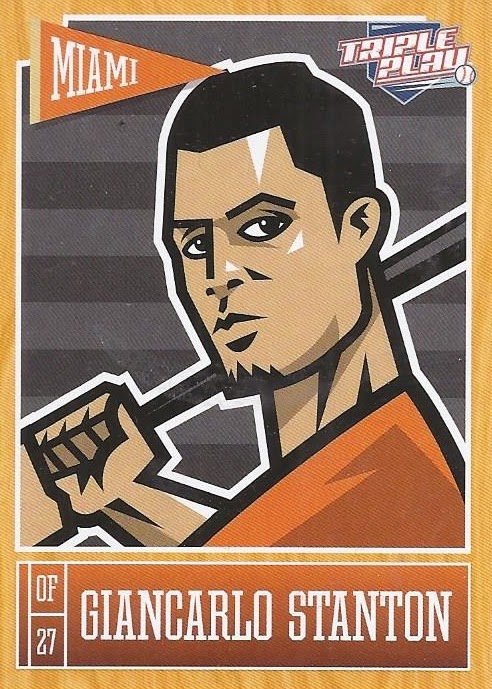 Triple Play always looks like it would be a fun set to bust a box of. It is a shame I've never seen any boxes of it north of the border. 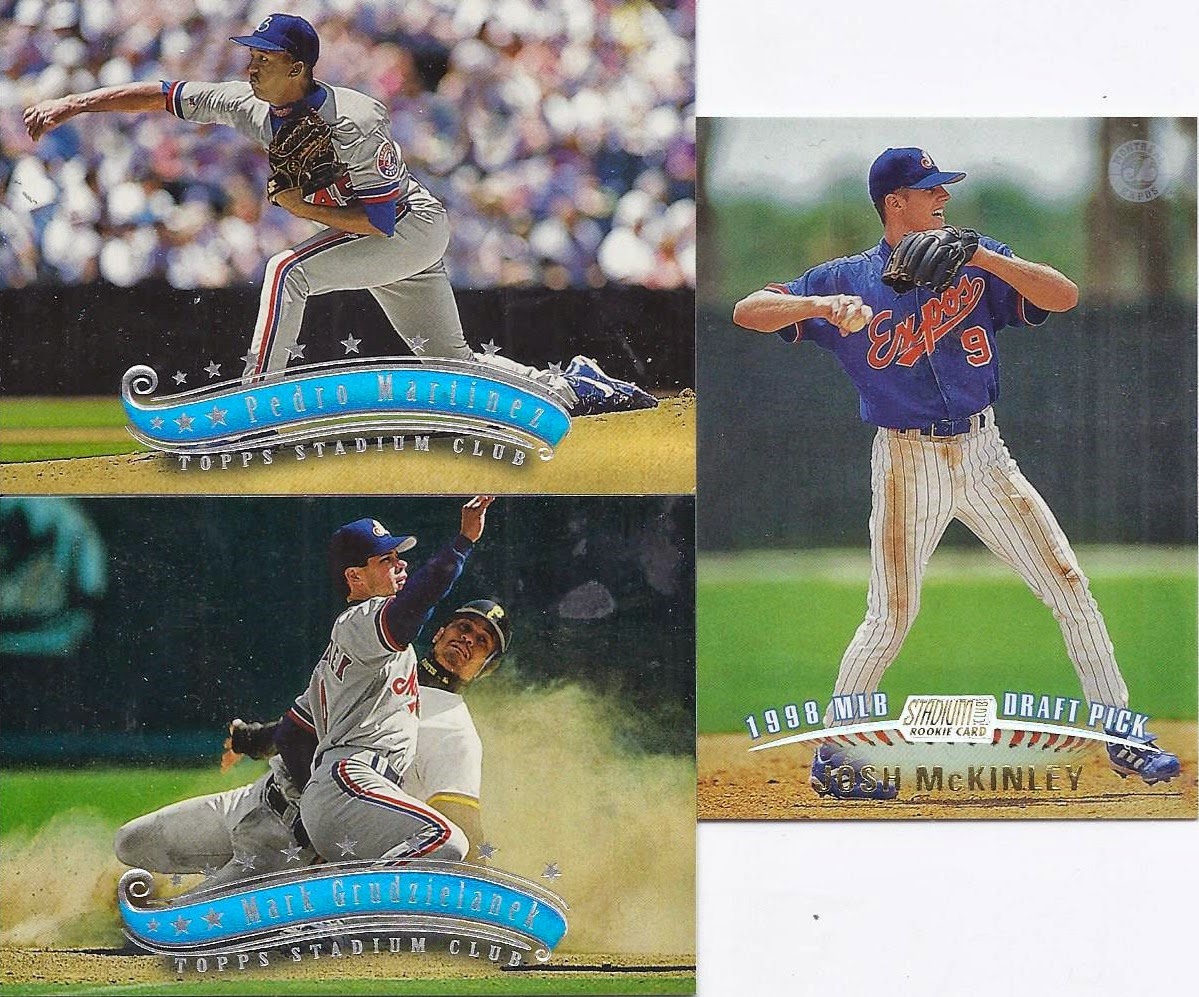 While in the chat, I requested that among the cards for the unclaimed, unrandom-ed teams, that I'd get some of the SC Expos added to my envelope. Here they are! Dime Box Nick would love the backs of the two '97s. Pedro is shown at the plate, and Grudzielanek is bunting.

Not bad at all.
Posted by buckstorecards at 15:38