Colbey over at Cardboard Connections broke a pair of boxes of 2014 Donruss a couple weeks back. I grabbed the Mets, and got randomed St. Louis.

Unfortunately for me, the cards didn't quite fall my way this time around. No hits out of the deal, but I still got some interesting base. 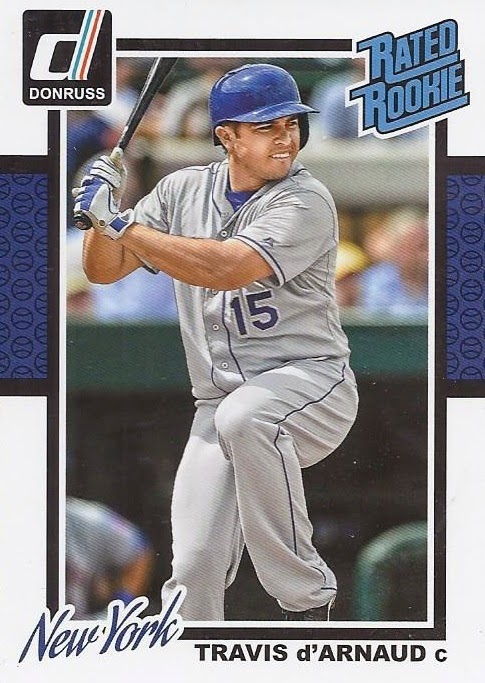 For the Mets, this was probably the best of the lot. The Rated Rookie tag alongside the Mets catcher of the future is a really nice consolation prize for this hitless Mets fan. 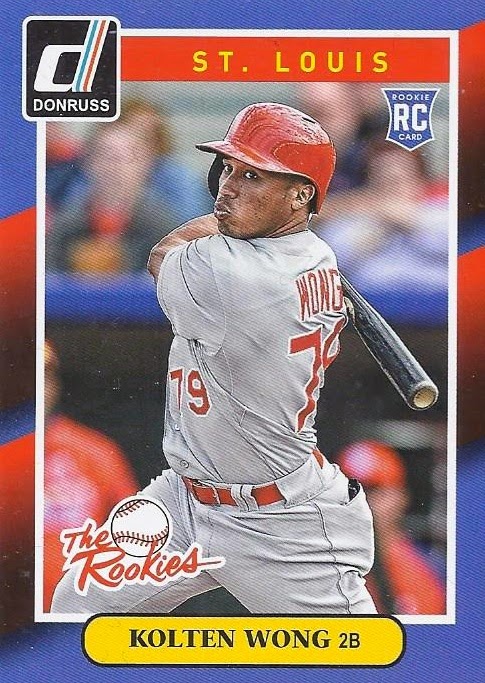 Best card for the Cards? Probably this The Rookies of Kolten Wong. Very 1988 on the borders for this.

But there were goodies hiding among the checklist. Even with a 200 card base set, there still happened to be room for some nice veteran content: 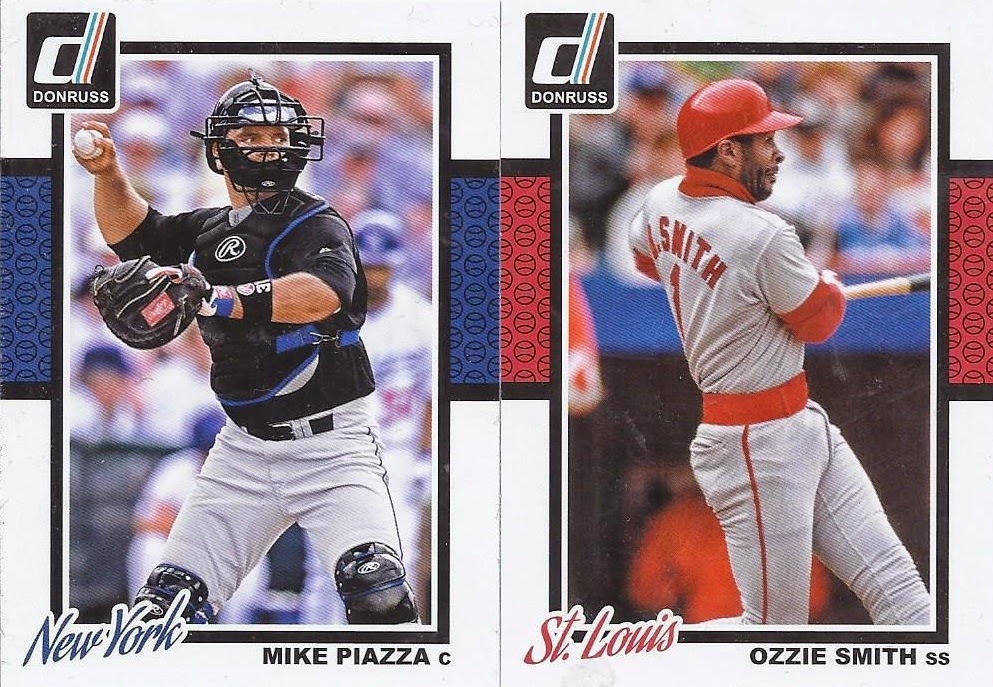 It was really nice to get a pair of Piazza cards. Aside from stuff in Panini products, there really hasn't been too many cards of Mike since his retirement. So, it is nice to add one. Ozzie has shown up more frequently, but he's still fun to come across.

When being involved in a stateside break, I often offer to either send money or cards to make up for the extra shipping. Surprisingly, people often opt for the latter. Anyhow, just within a couple hours of putting a package together, I pulled an Anderlton Simmons relic from a hanger box of '14 S1. Since Colbey is a Braves fan, I worked out a small trade in addition to the sending of cards.

Who came my way? 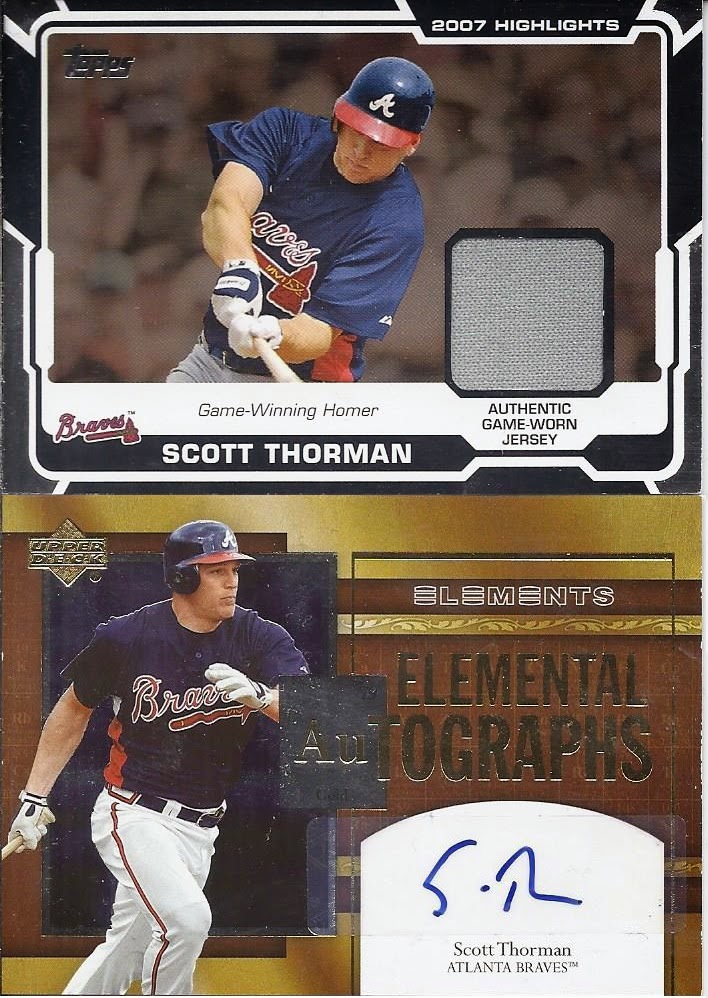 A pair of Scott Thorman hits for my CanCon collection. WOO-HOO!

Thanks for the Thormans, and thank for hosting the break, Colbey!
Posted by buckstorecards at 16:58