All that Heritage needed a binder. And it needed pages. So, it was Dollarama time for both, and of course, I grabbed a Surprise Box on the way through the store.

Time to bust it.

My favourite card came out of the Superstar pack (even though its choice was influenced by a pair of dupes), and it wasn't said star. 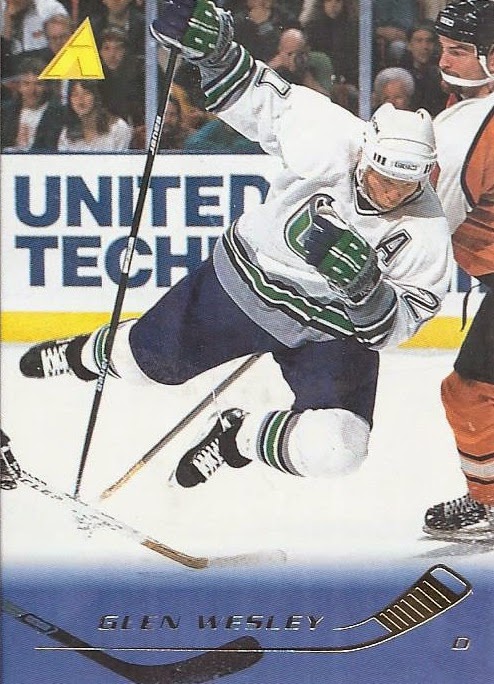 Yes. It is always fun unflattering photo choce. Glen sure doesn't look to be making some sort of spectacular play. He looks to be in the process of being tripped and falling on his face. Was this the only photo option circulating around 1995 Pinnacle HQ? 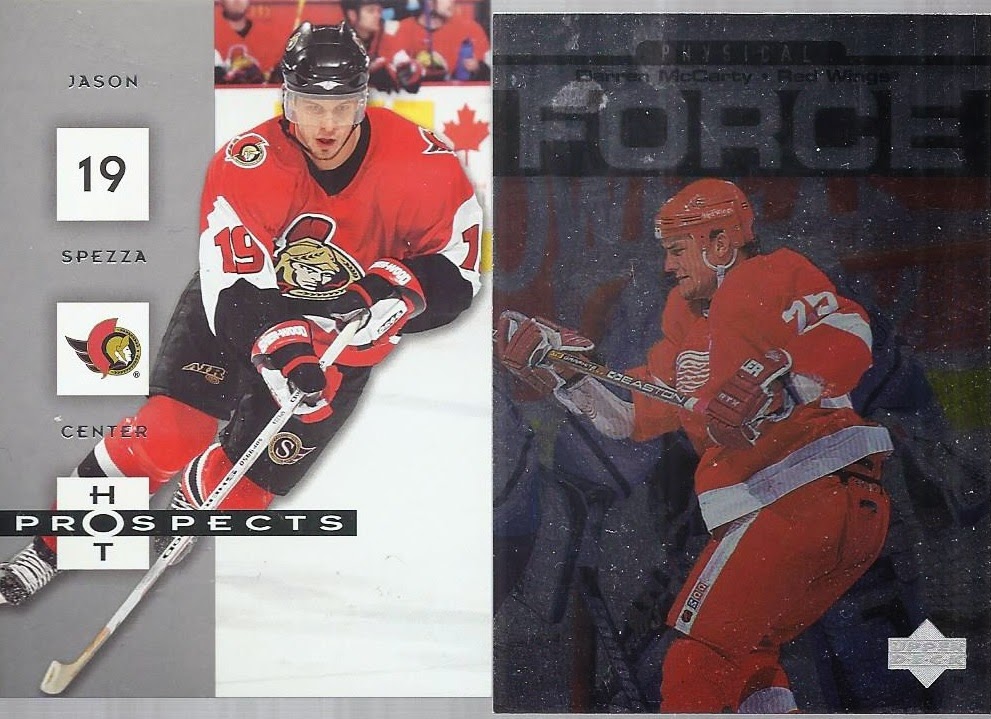 The Superstar was Jason Spezza, which despite being a dupe, gets points for being a Sens card. It still falls third in the pack to the Physical Force McCarty. 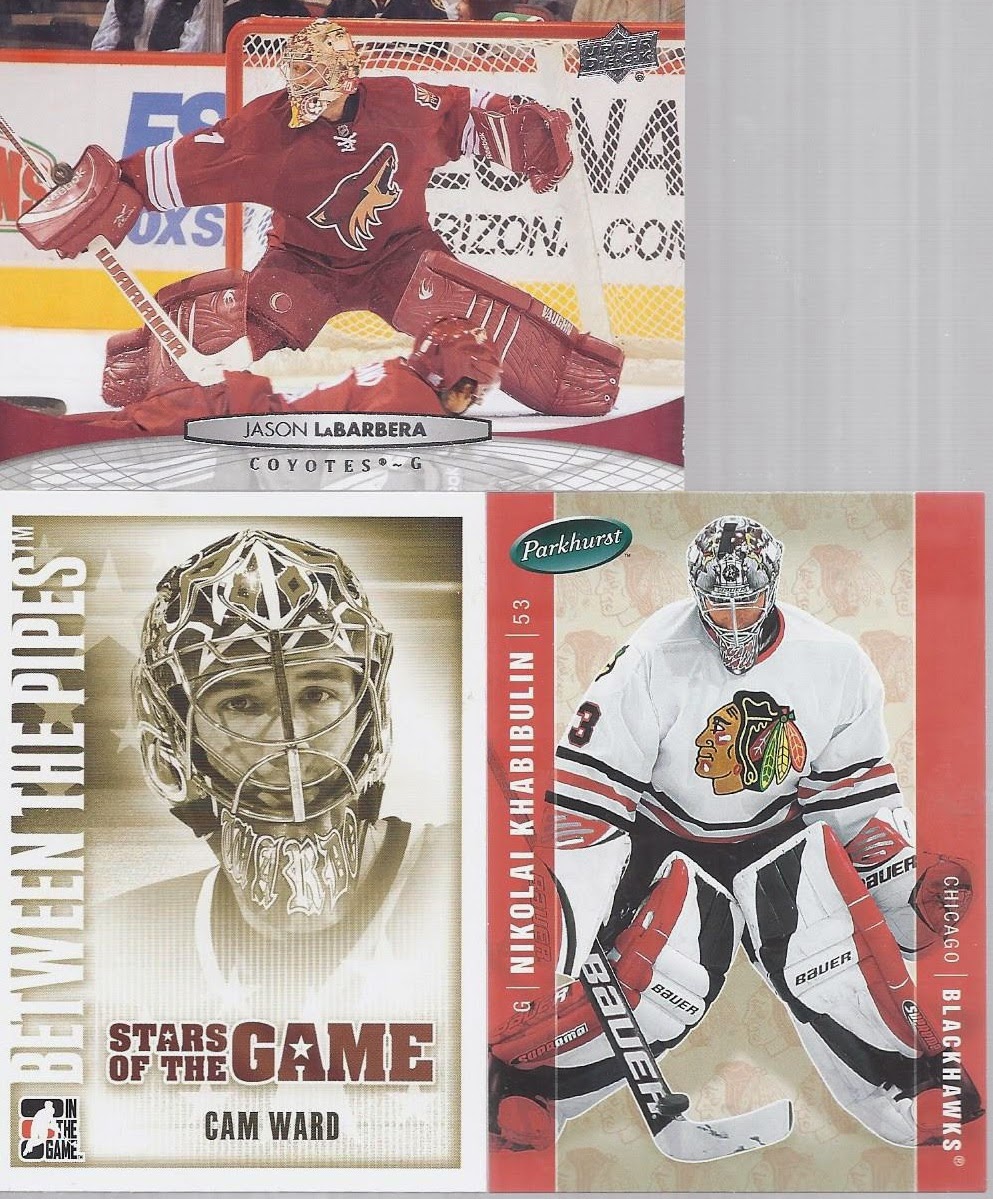 3 of the 4 goalie pack cards are off to the masks binder. LaBarbera wins this pack with his Pat Tillman mask. 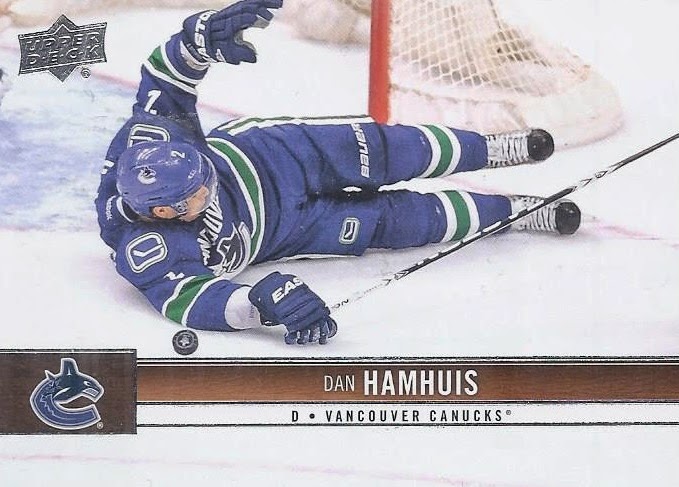 The 2010s pack was easily the blandest. This Hamhuis shot block photo was probably the best of a boring bunch. 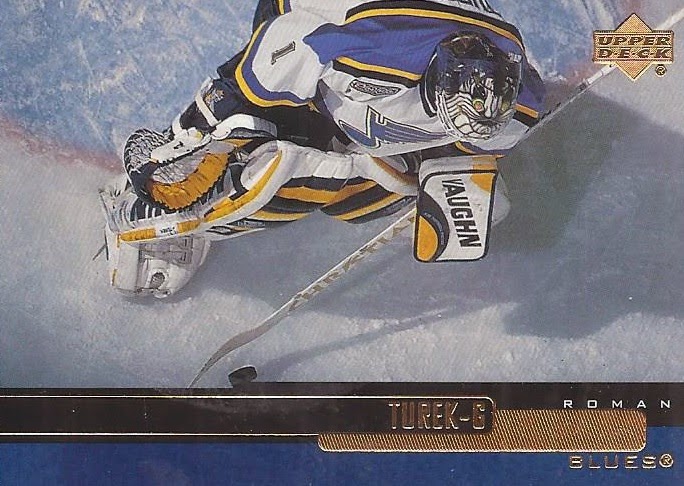 Another contender for my favourite card in the repack came from the UD pack, but this one was yet another dupe. 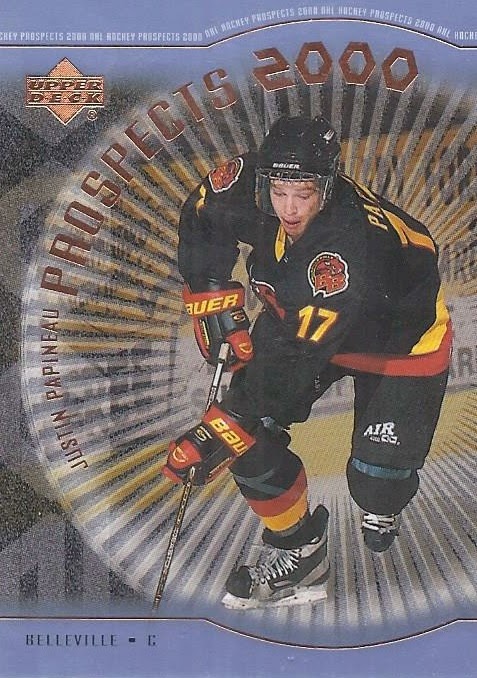 Most interesting was this, mainly because I'm not used to pulling OHL uniforms from packs in this day and age. This card was supposedly a short print, but with only 81 NHL games to his credit, it doesn't really matter.

Posted by buckstorecards at 05:17