Time to start the second box of Heritage. On paper, I don't think this was as good as the first in terms of value, but I still got some nice cards and nice trade bait. 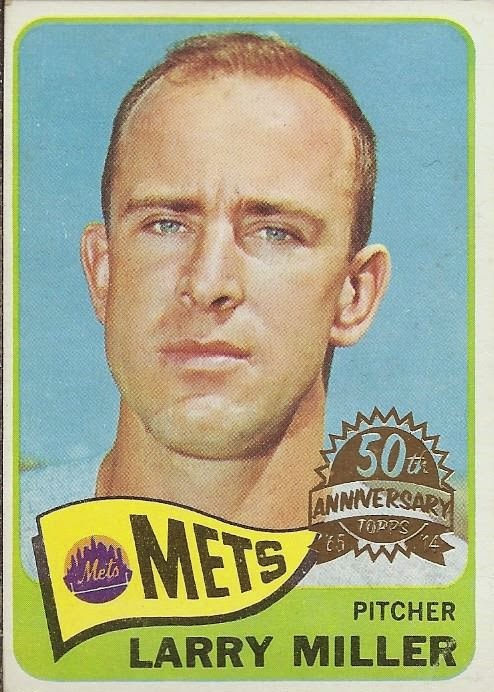 This, is not trade bait. It is pure keeper. I was really hoping that at least one of my box toppers would contain Mets content, and this one did. Sure, Miller only spent two years with the Mets during his short career, but it still counts as a Met, and it is close enough for me to consider it a hit. 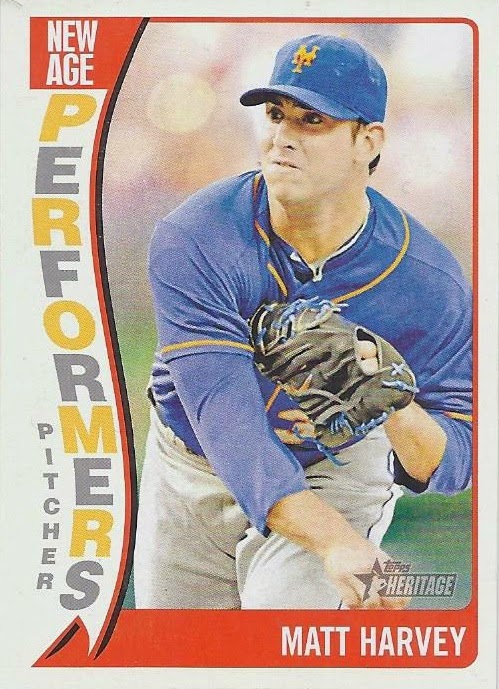 The Mets love continued in the inserts, with the only new one being the NAP of Matt Harvey. Sure, he won't play in '14, but it is still good enough for me. 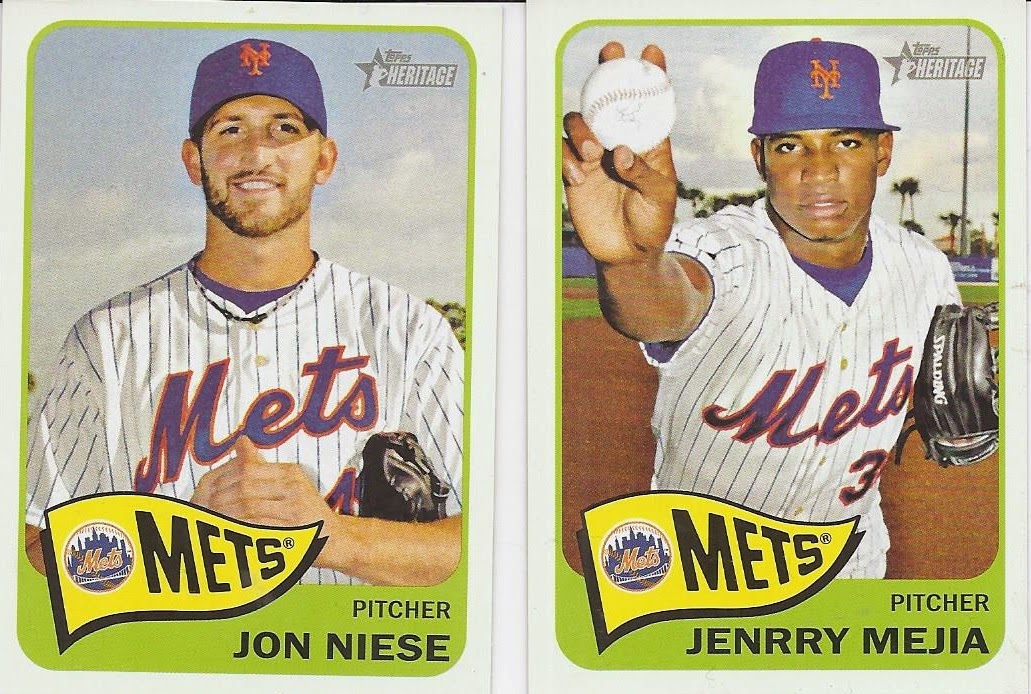 But all, the Mets love meant no fresh Blue Jays cards were among this 8 pack of packs. Still, two more Mets were added to my base set. 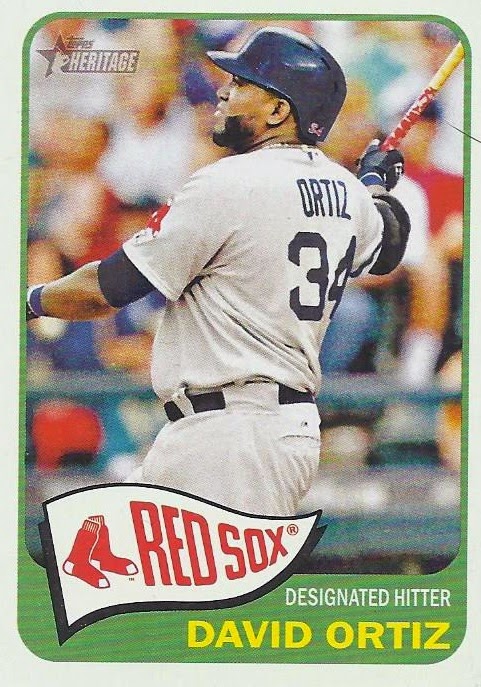 The Action parallel was also in this. I would have preferred the base SP for set building, but this might bring a base SP or two in trade. 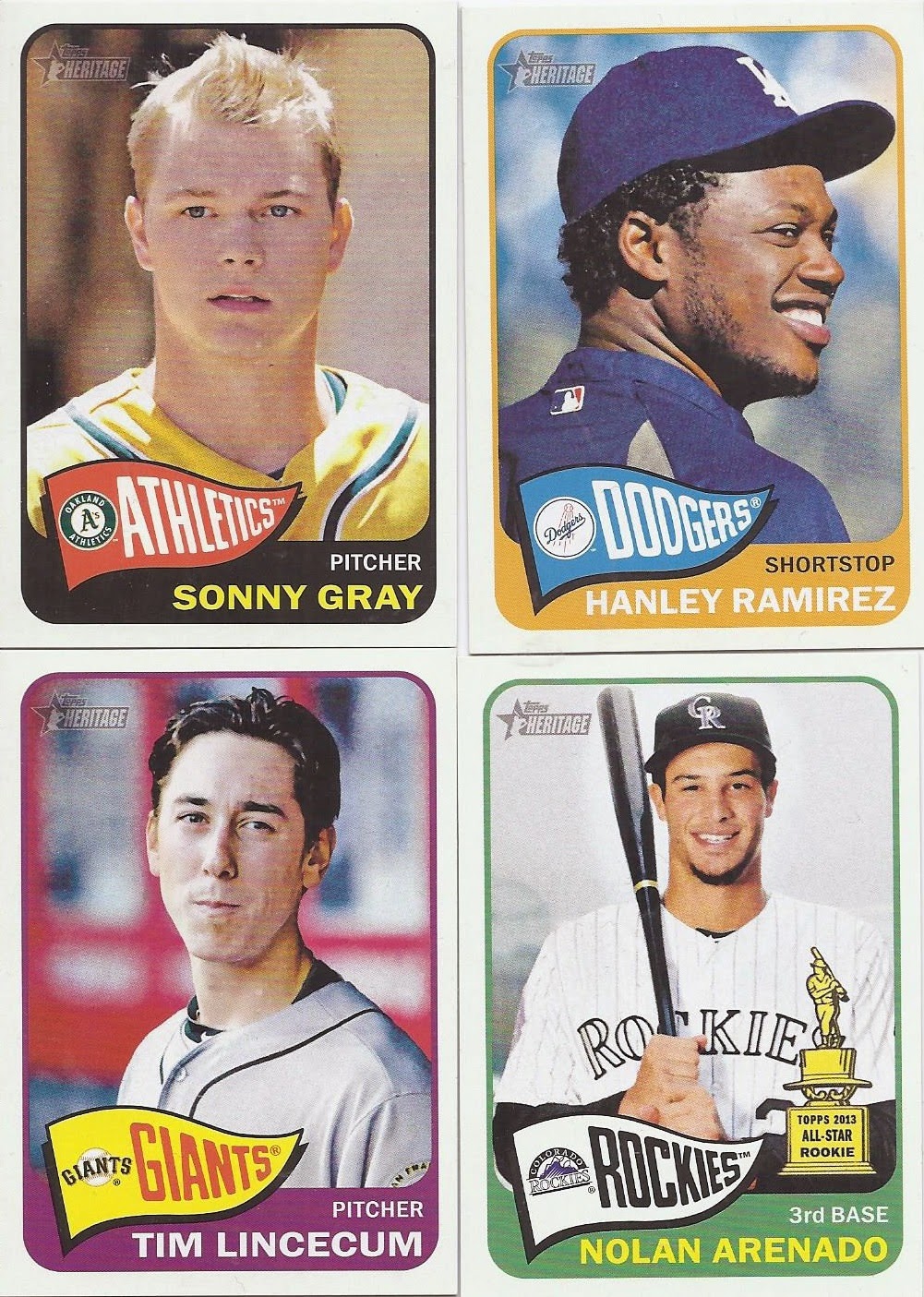 As for SPs, these were the ones in this side. The bottom two are dupes. The boxes came from two different sources, so I can't complain about the collation. 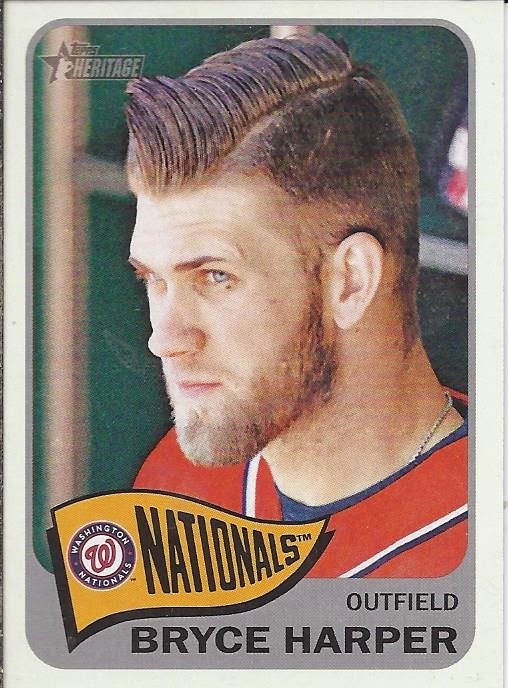 And someone who I was surprised wasn't a short-print in this set.

As for interesting photos... 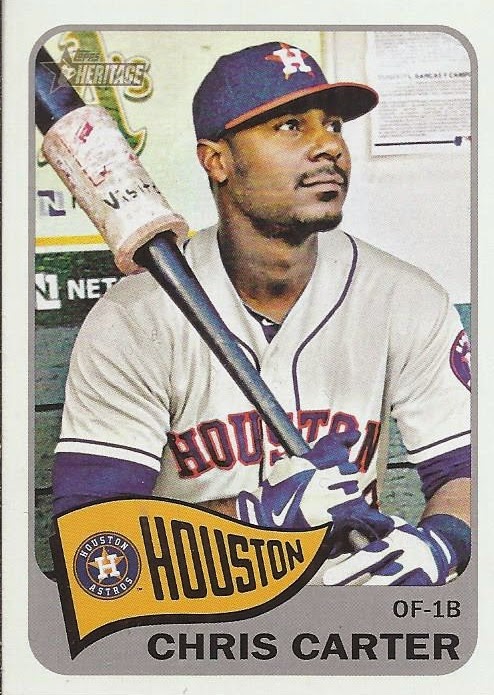 there's this Chris Carter. This is only here because I find the fact that "Visito" is written on the donut to be amusing. 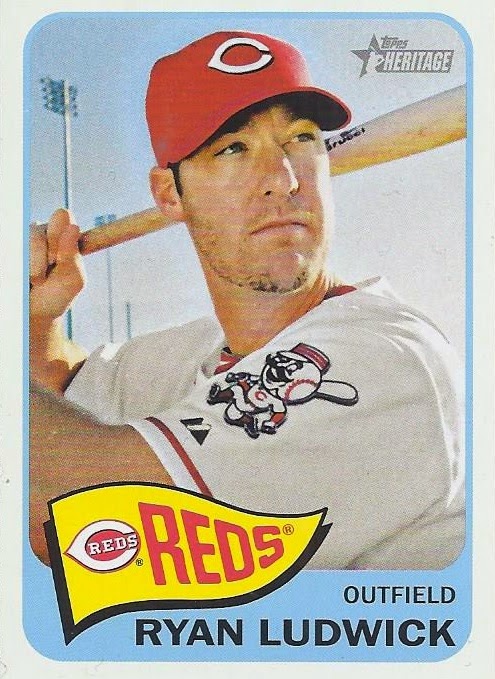 For more standard reasons (primarily the one that I love seeing Mr. Redlegs on cards) I give the nod to this card as my favourite photo on this side of the box.

Posted by buckstorecards at 14:44