A while back, I shipped off an envelope full of Chicago Sox & Hawks goodies to Jeff @ 2*3 Heroes. It was a surprise unplanned envelope this past December-ish, either because it was post-Expo goodies, or goodies after getting the White Sox randomed to me in a group break. Or some combo of the two. Anyhow, I knew I'd have to keep my eyes on the blog for something nice in case it got posted. And it did, after Jeff picked up a box of America's Pastime on the cheap (free) from Panini. 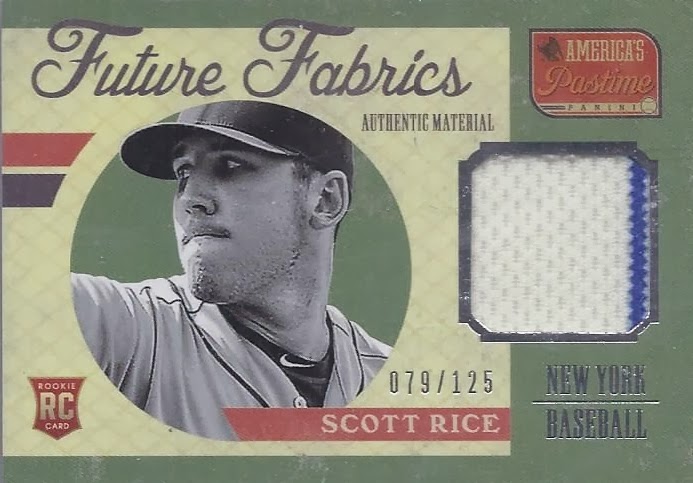 And this was the highlight. Scott Rice got totally hosed by Topps. He made his MLB debut at the age of 31 last season, following many years in the minors. He then proceeded to lead the Mets in appearances. But, he's yet to make an appearance in any Topps sets. Fortunately, Panini came through and had him in their sets, including hits. A pinstriped relic! A beautiful addition to my Mets binder!

But that wasn't it. My mask binder also got some new cards. 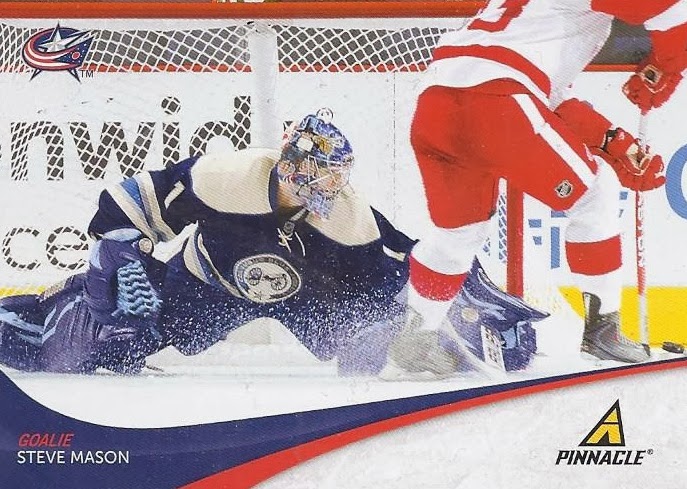 But not this one. Instead, this Steve Mason is on its way into my Kitchener Rangers alumni collection. Considering goaltending is probably historically the weakest position in terms of Rangers alums in the NHL, I've got to add where I can. 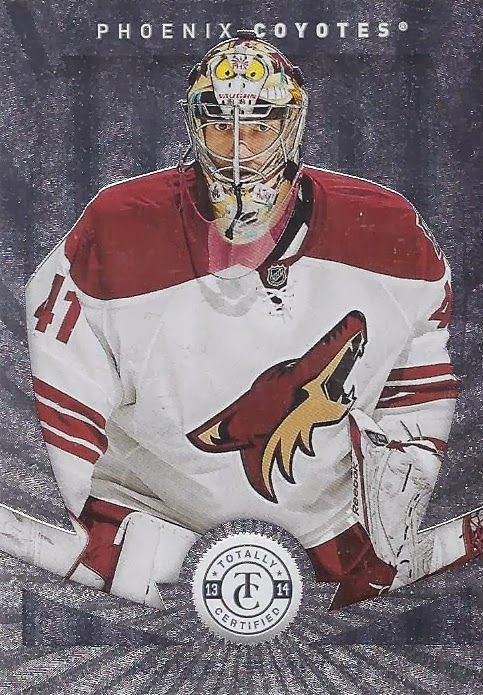 I still can't get enough of Mike Smith and his Wile E. Coyote mask. Still my current favourite. 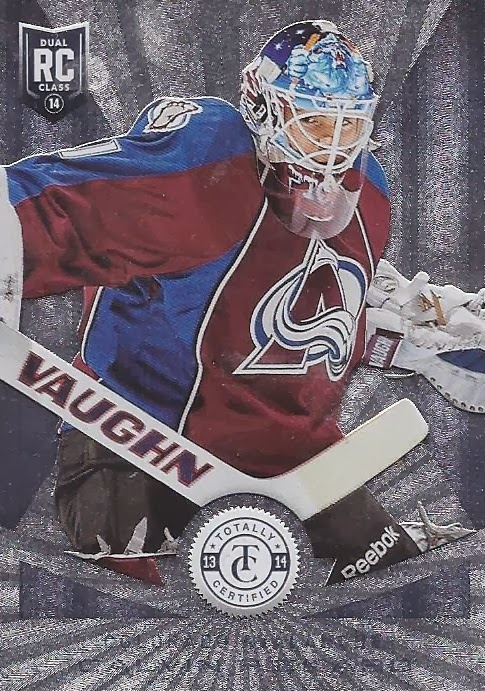 Nothing says a Colorado Avalanche mask like an abominable snowman on the design.

Thanks for the goodies, Jeff! I'll be sure to keep my eyes peeled for interesting Blackhawks at the Expo.
Posted by buckstorecards at 18:06