Since it was cheaper to pick a team than to buy a single pack at the LCS, I opted for the former. Since my one pack actually contained a Senators hit, I went away from Ottawa, and looked instead to gamble on some guys from my PCs and grabbed Detroit and Carolina. The former would give me the chance at my first Daniel Alfredsson Red Wings cards and some Petr Mrazeks for the 2/14 collection, and the latter would give me a chance at some Ryan Murphy for my Rangers alumni collection. 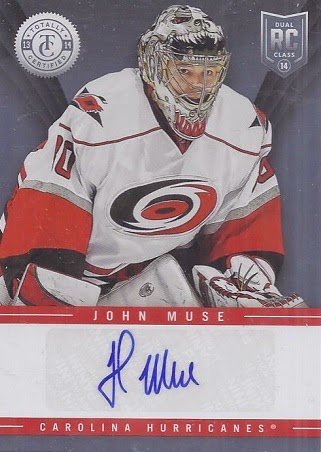 Carolina didn't work out so well as a pick, as I completely skunked on Ryan Murphy. However, I did pick up a hit for my goalie mask binders in this John Muse. John's NHL experience consists of sitting on the bench as a backup, but that was still enough to qualify for a card. Nice mask, although it is your standard heavy metal album wannabe design. 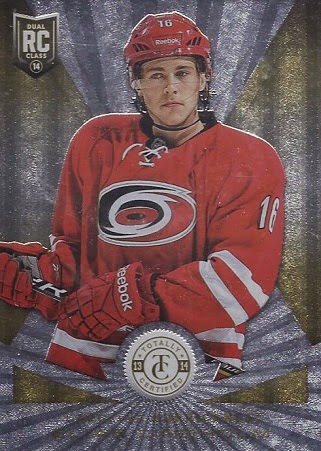 This isn't a hit, but it might actually turn out to be the better card of the two in terms of value. It is a nice, shiny, /25 of Elias Lindholm, the Hurricanes' #1 draft pick, 5th overall. Really. It is him. It isn't like you can tell from looking at the scan. The gold really scans poorly to the point of being illegible. 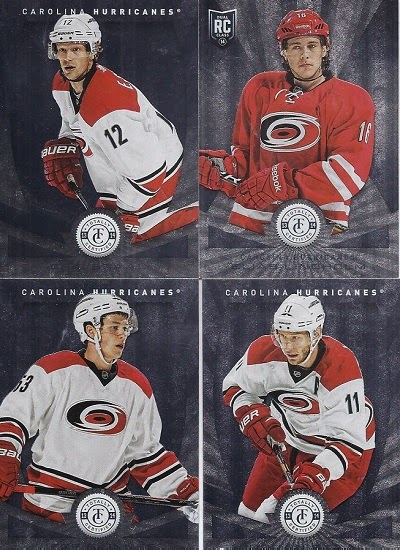 Here were the base cards for the team. I didn't get a Ryan Murphy, but I'll still get to add a new Skinner into my Rangers alum collection.

Detroit, however, was much better for me in terms of PC building. 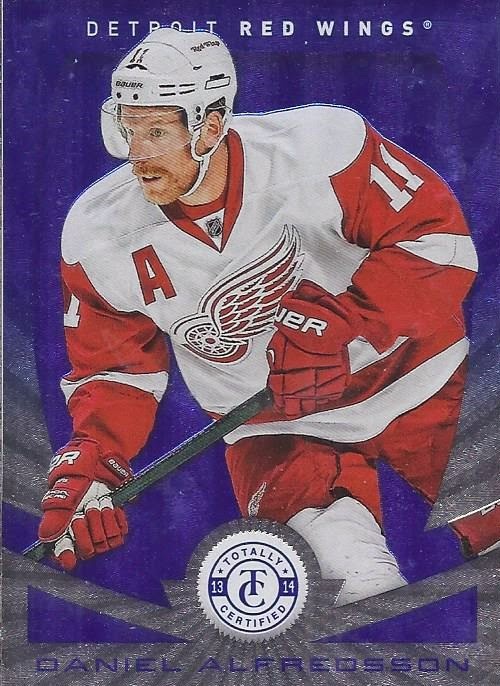 In addition to two base cards, I also added this sweet addition to my Alfredsson collection. This blue parallel is /50, and looks just beautiful with the contrasting colours. 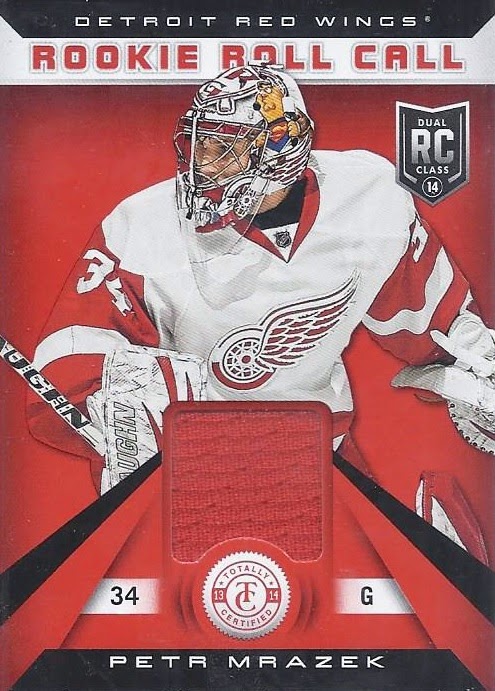 Hey! Here's my second Petr Mrazek swatch for that collection, and my first solo hit of his. This card isn't numbered. But this one was! It's a /25 of Mrazek. No, I don't know why the red cards and the gold cards are both /25 yet are different colours. I think this is the mirror parallel. 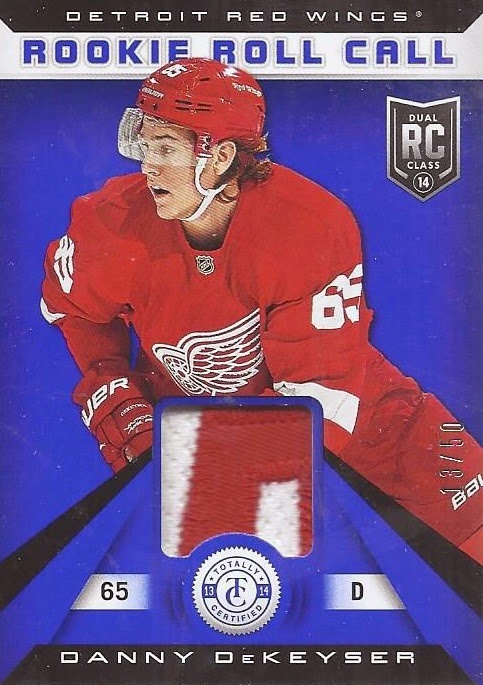 But the best Wings card wasn't one for my PC. It is this nice small patch card of Danny DeKeyser. I'm guessing it is from the name plate. Numbered to 50, I'm guessing this will end up in the post-Expo trade package I send to Too Many Verlanders/Manninghams. 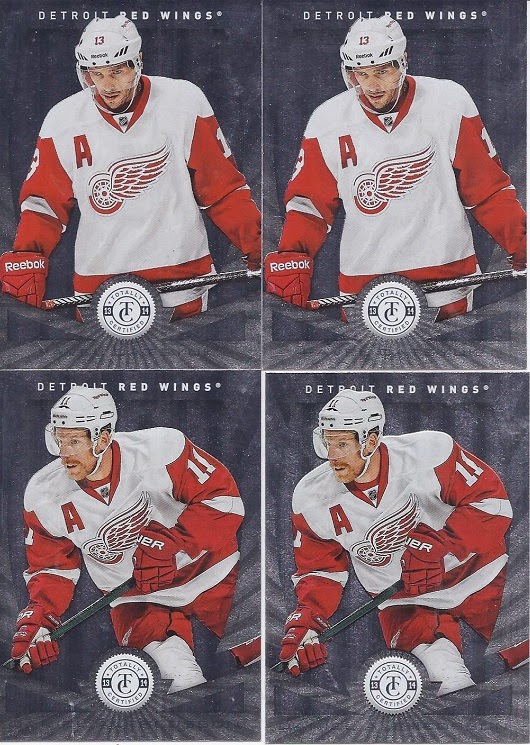 And the Detroit base. 2 Datsyuks. 2 Alfies.

3 hits, with 1 being a direct addition to my PC, the other being a general addition. 3 parallels numbered to 50 or less. And two base cards for my PCs. That's probably better than I'd do on a pair of packs at the LCS.
Posted by buckstorecards at 15:36