At least the Blue Jays were kind enough to stink right from the start as opposed to the Mets who strung me along before imploding.

The pack of Opening Day from this morning was a bit of a dud to say the least. So, time to go back to a reliable pack bust in a repack. This particular repack was the handmade flea market variety, which usually consists of base cards from some of the recent mid-range sets. It usually works out to a dime or less per card.

I'll get to the non-goaltender cards tomorrow in yet another adventures in repacks. Today, time for another Masked Monday. 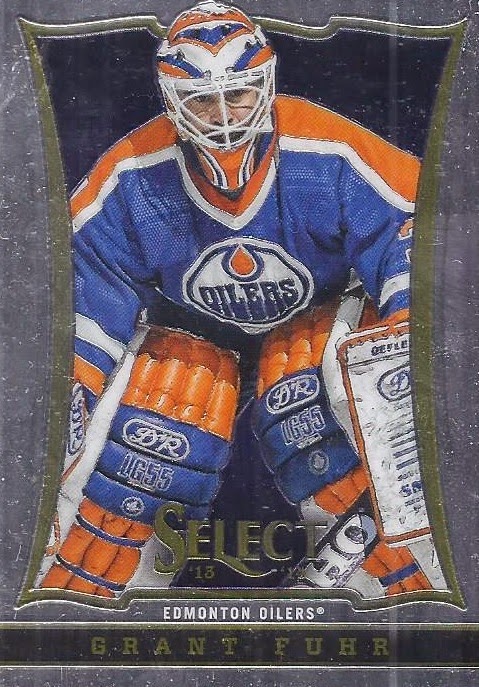 This was one of the two visible cards in the repack. 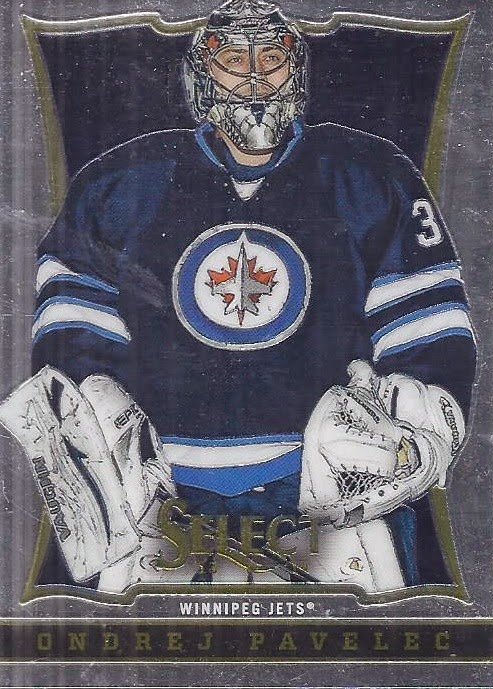 This was not. But I did decide to put this up as a contrast to the Fuhr. It shows how nicely the classic masks work with the select design and how they really pop nicely against the background, and how the busier designs just become unrecognizable. 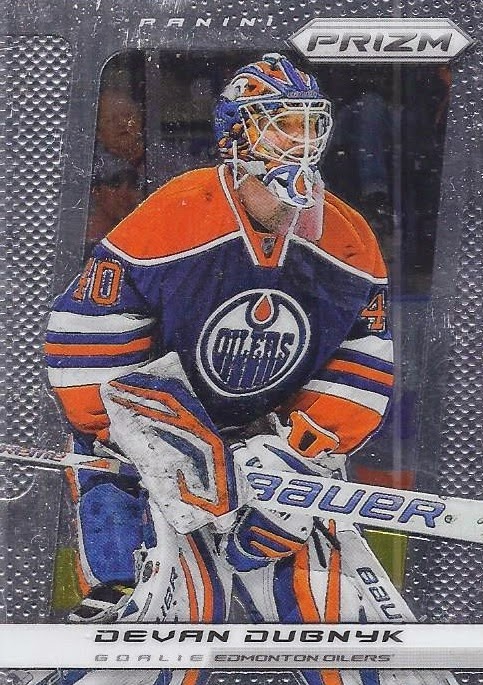 Here's another shiny Panini card where a basic design pops off the card beautifully. 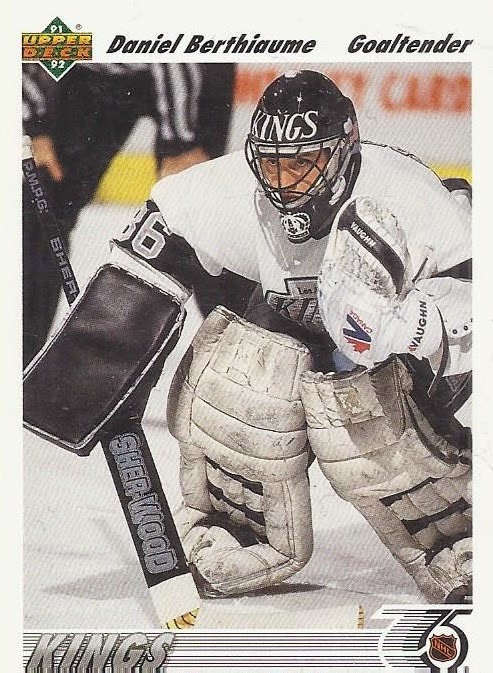 I was kinda surprised to find a junk wax card in this. This might be the first one I found that wasn't either a Gretzky or Hull. Still, it is mask binder worthy. 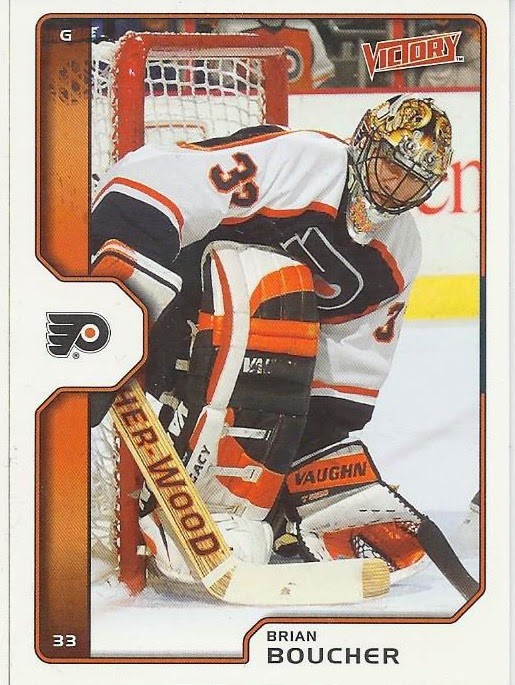 It wouldn't be a masked post if I didn't feature at least one that looks like a heavy metal album cover. 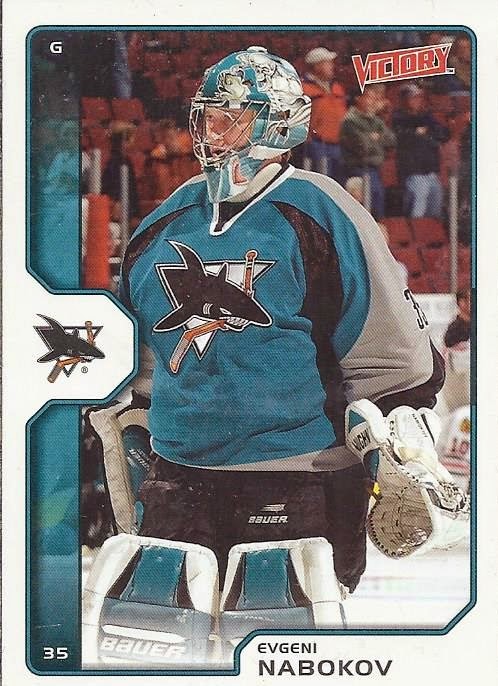 I can't call this one a heavy metal album cover, as I can't imagine too many bands would incorporate teal into their design. It is a nice view of the skull creature that is a constant on the Nabokov mask.

I think I like these cards better than 6/7th of the Opening Day pack. Cespedes rocking the throwback kept it from being a clean sweep.
Posted by buckstorecards at 16:08