The packs within the repacks have been pretty good to me as of late. A 20 pack football repack landed me a /10 of Terry Bradshaw which allowed me to bust a second box of '14 Heritage and finally get a Cam Neely rookie. This find from the 4 packs/50 cards/bonus item isn't quite as spectacular, but it was still an odds beater.It came in at 1:235 odds, and unlike the Bradshaw, I think someone in the Dodger Collecting Land might be interested. 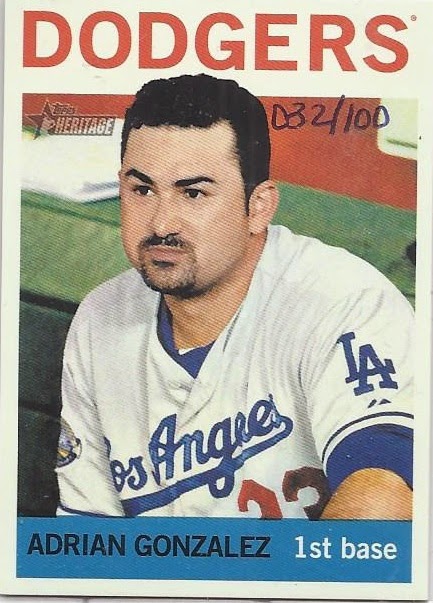 It isn't /10, but it is a hand numbered /100 mini of Adrian Gonzalez. I knew these things were /100, but I spent way too long looking for the /100 marker before finally noticing the hand numbering. I guess I've seen way to many cards with stamped numbering. This is definitely up for trade. Set building damage welcome in return.

I'll get to the misc 50 tomorrow, but I'll keep going through the packs tonight. 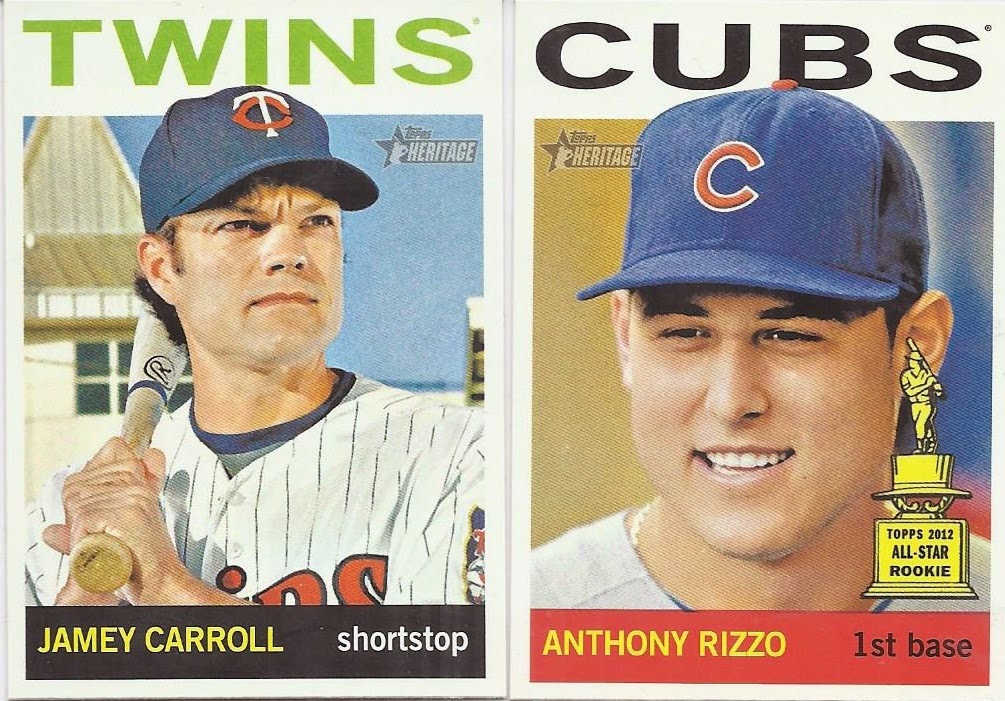 For the rest of the Heritage, there were only base cards. But, an appearance of the rookie trophy, and a photo that appears to be taken in front of Jamey Carroll's beach house. 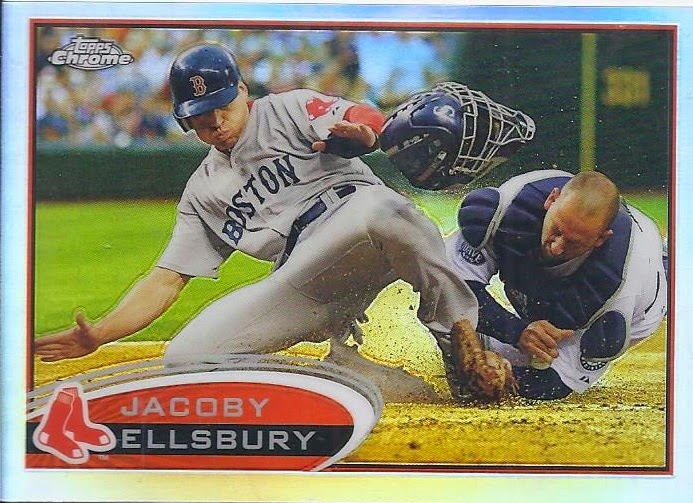 At least the 4 pack of Chrome contained a shiny refractor 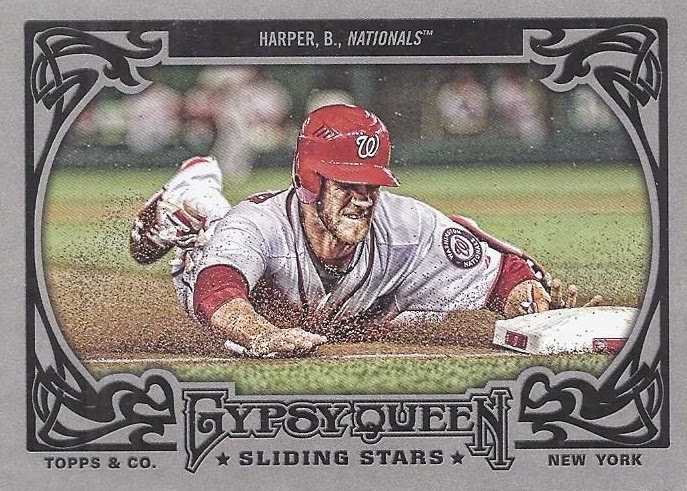 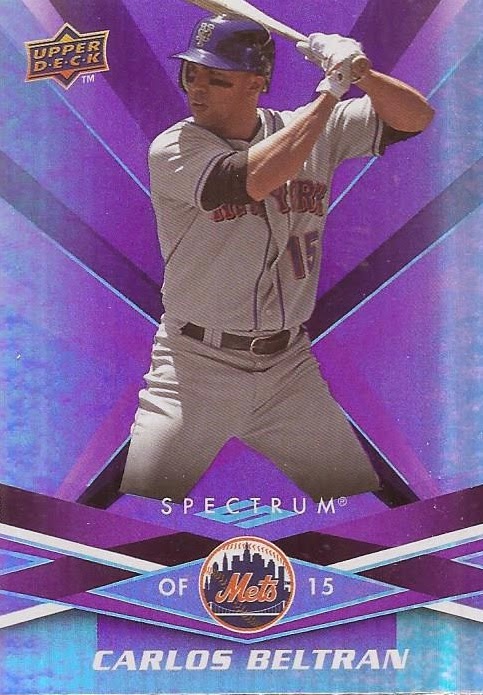 The 4th, and oldest pack contained the only Met in the pack portion of the repack. Or in the repack period. 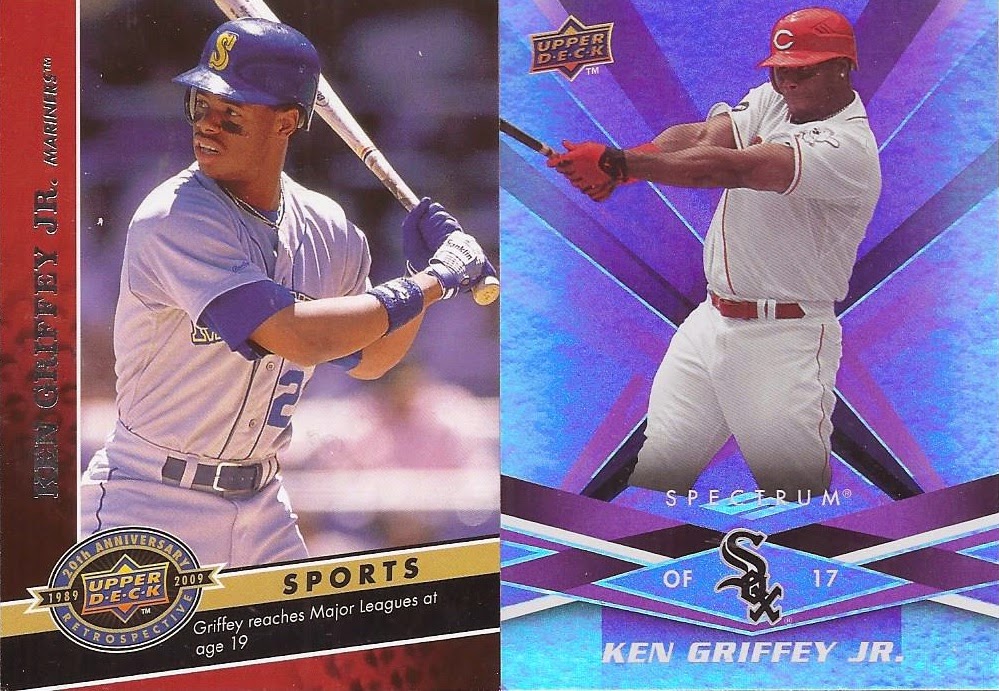 But the '09 Spectrum pack was a Ken Griffey Jr hot pack! Maybe a certain Junkie would consider this the best part of the repack.

Well, as if I needed another reason to grab repacks other than randomness, a great hit is another one.
Posted by buckstorecards at 17:30