How about a basketball repack for a Saturday posting? 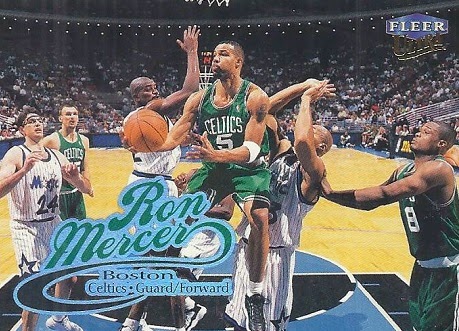 As usual, there are many candidates for favourite card in the repack. Usually, I'll go for a favourite action photo of the bunch, and this one is a great one. Firstly, it features my fave team from before the Raptors came to be (and one I still follow), and it perfectly illustrates how crazy things can get underneath the basket. In addition to Mercer, I count 6 others visible in this shot, 4 Magic (although you can only see one player's lower two-thirds) and two Celtics. A great photo choice that rocks with the full-bleed. 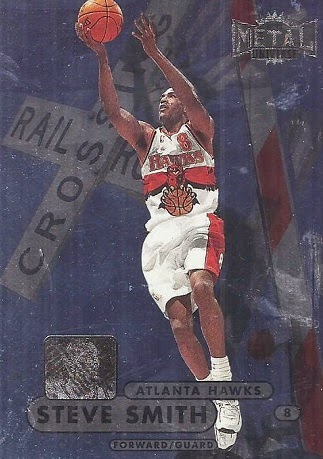 However, the sheer craziness of Metal Universe will always make it a favourite card contender. I'm not sure about the railroad crossing, though. Are the red stripes on it supposed to parallel the wings across the jersey? Or am I just over-analyzing late 90s card way too much? 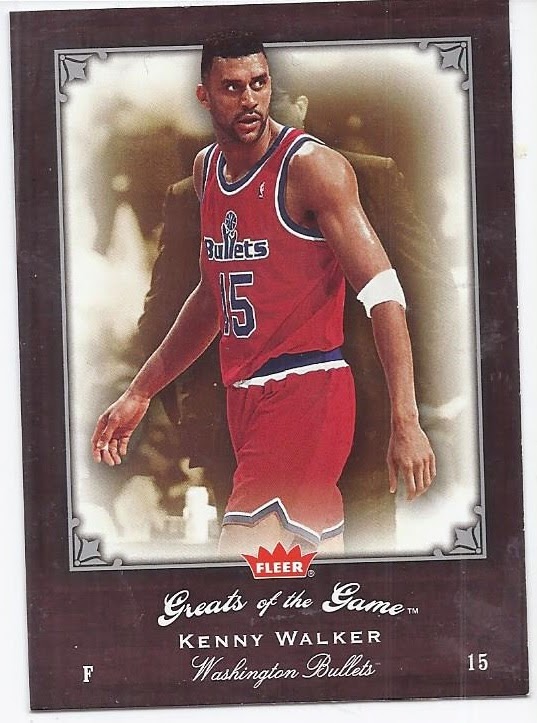 Third place goes to this Greats of the Game Kenny Walker. It has a nice design for a retro themed set, and more importantly, his nickname of "Sky" is on the back. Looking at his autos on COMC, he also includes it in his auto. He's also got pretty good penmanship, pretty much ensuring that I'll be adding one of his cards to my cart at some point. 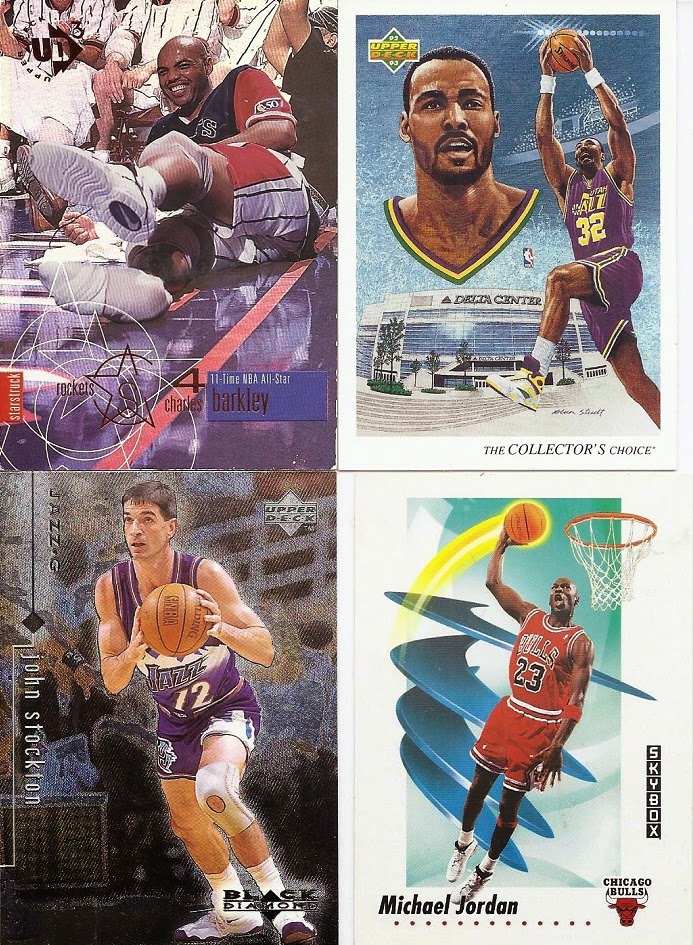 And some Hall of Fame content as well. It really doesn't matter what the year is, or the era is, pulling a Jordan card is always nice. 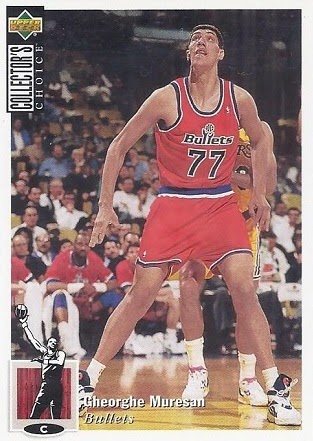 I pulled a new Muresan for the 2/14 collection. While I technically did have one with this front... 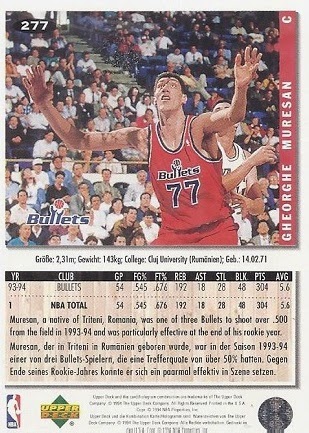 I didn't have one from the German parallel. It's my 27th card of his. 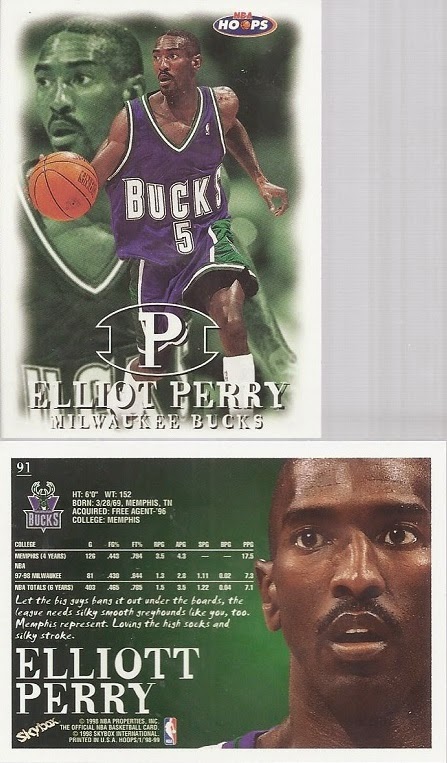 From the "right hand doesn't know what the left hand is doing" files, this card! 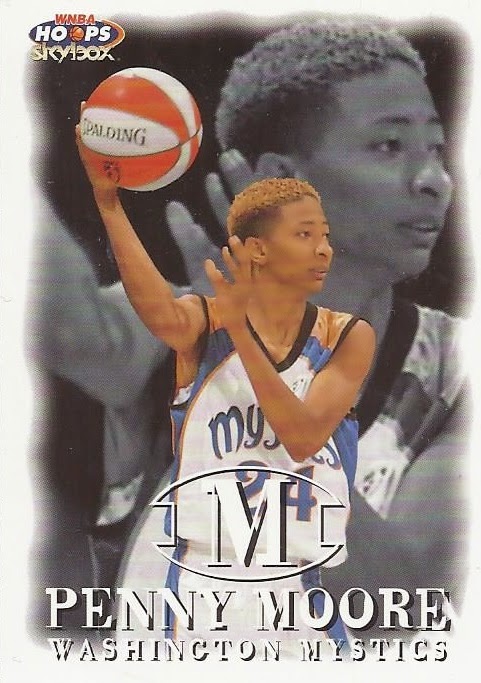 These repacks always seem to contain at least one WNBA card. In this repack, this was it. 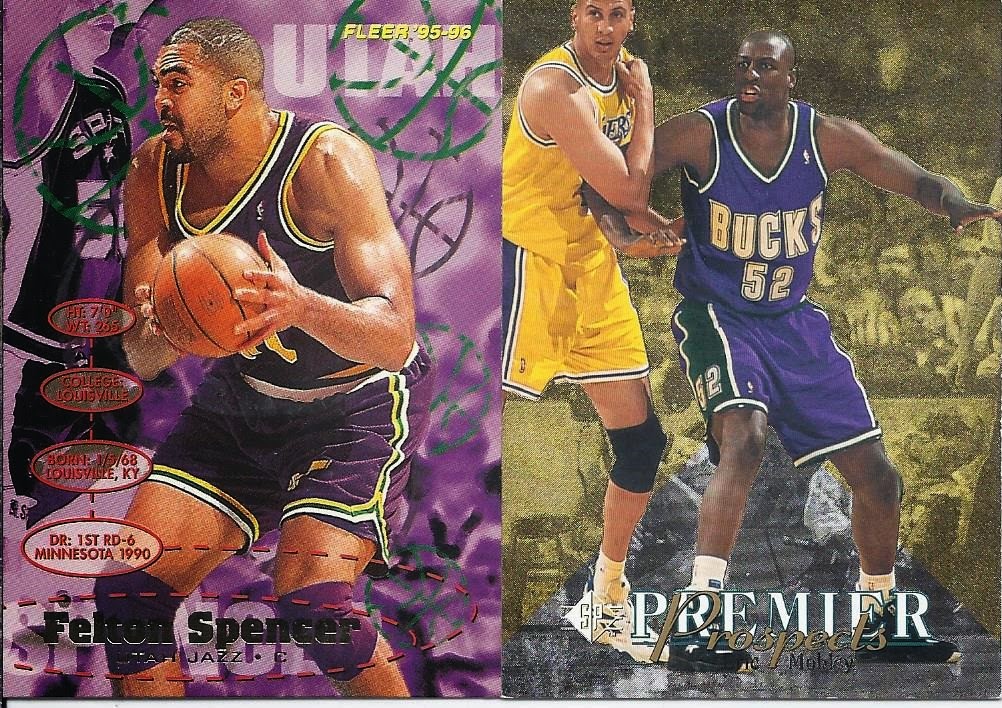 With a variety of cards, you're going to come across some ghastly designs. 1995 Fleer speaks for itself, but the other one is pretty bad as well. The brand's name is several times bigger than the players name, and the positioning and black shoes hides the first part of the name. You have to flip the card over to determine that it is an Eric Mobley card. 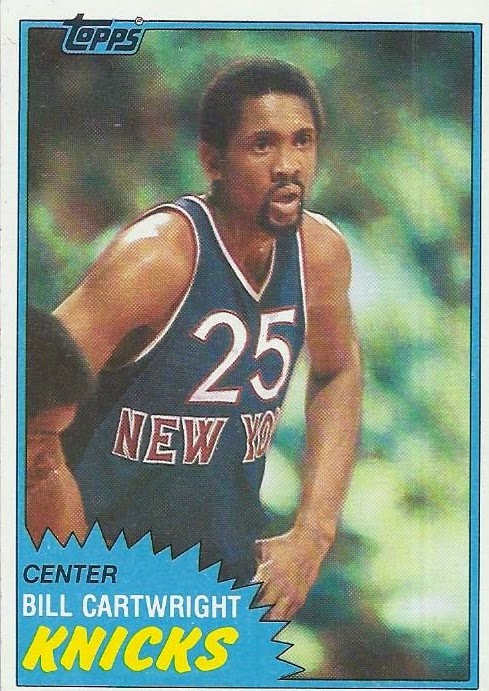 Much like a WNBA card, each of these also seems to contain a 1981 Topps card. This one isn't a bad pull from that set. 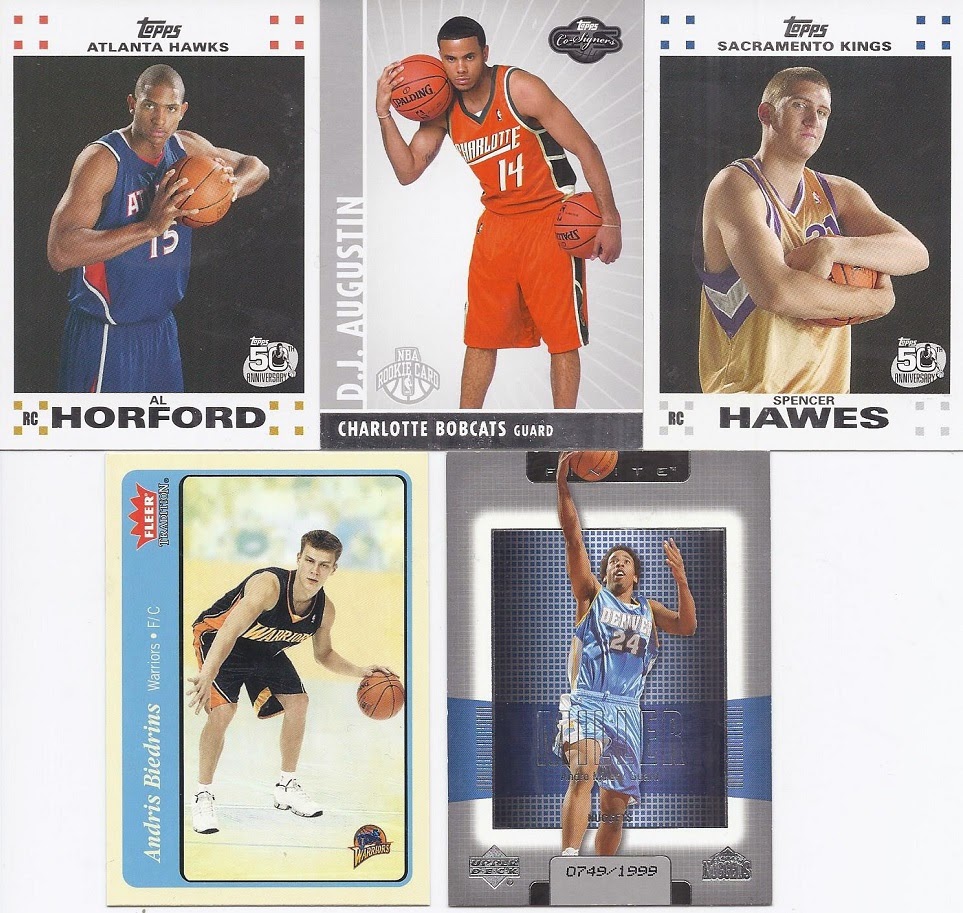 The promised 5 rookie cards. Even though they were numbered into the thousands, I'm still surprised to pull a pair of numbered cards with the Miller & Augustin. The latter had a cup of coffee with the Raptors this season, before falling victim to the numbers game after the Rudy Gay trade and moving on with the Bulls.

Finally, to salute one of my favourite MST3K episodes... 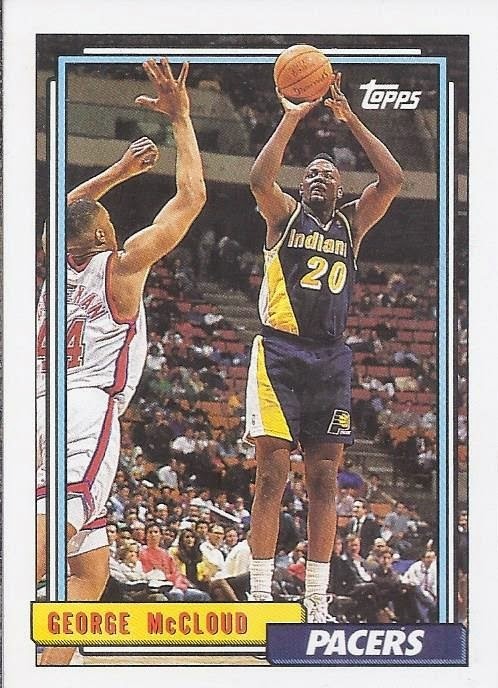 Posted by buckstorecards at 09:37