A small box worth of cards showed up several weeks back from Billy @ Cardboard History, and it was the perfect box to break down into two posts. Basketball and hockey, with a nice number of  the former, and a lot of the latter. 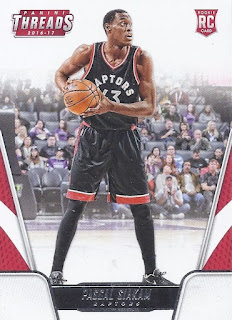 And a Pascal Siakam rookie card is a perfect way to start recapping the former! 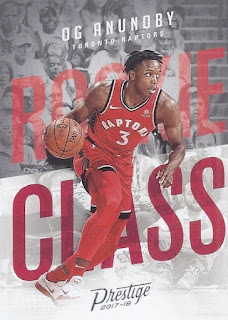 And here's another rookie of one of only a handful of guys still around, just a few years later, from their Championship run. All the red on this card pops so nicely with the black and white background for a nice design. 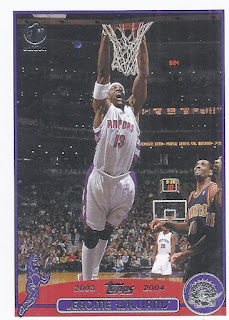 The Junkyard Dog is always worthy of a highlight in a post. He might have been the most popular Raptor not named Vince Carter from the early 00s. 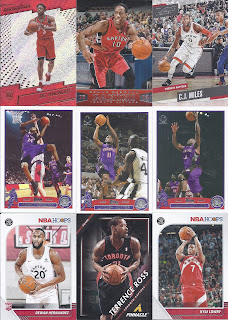 Here's a sampling of the remainder of that portion. 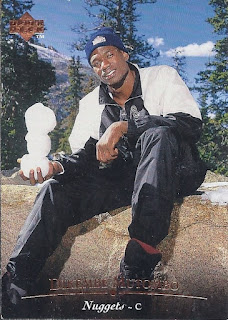 But, he also remembered I'm starting my way to a Dikembe PC. It is kinda fledgling so far, but this immediately became my favourite photo in the collection. 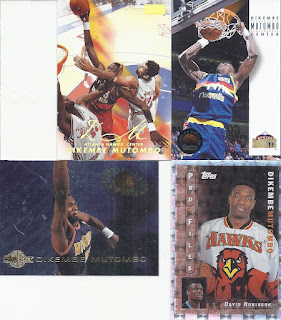 But that upper-left card is pretty nice as well.
And there you have Part 1. The Senators content will likely be shown off next week.

Posted by buckstorecards at 06:54