The box price was a little costlier than usual, but it still seemed a step down from the insane costs that had been seen lately. 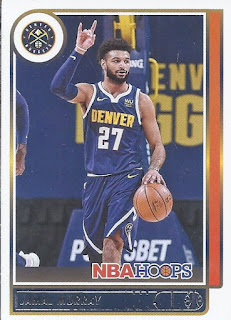 While I usually note the first card out, since I'd already gone through a Raptors group break and shown off the results, instead I'll show off card #1 in the set - and it is a wonderful start for me with it being local guy Jamal Murray. Perfect start to the set. 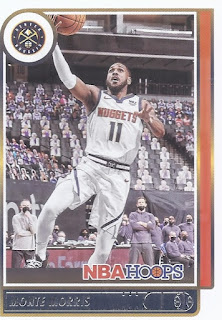 One of my favourite elements from other sports can be seen in this release with an appearance of cardboard fans in here as well. 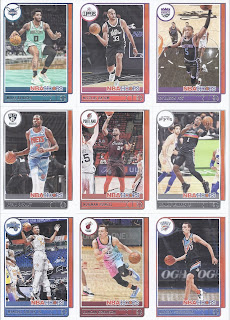 One frequent theme in the base cards this time was alternate uniforms. 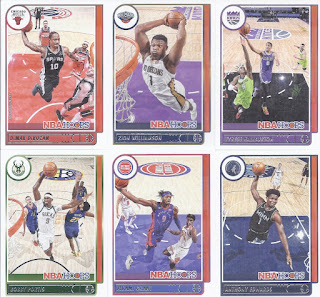 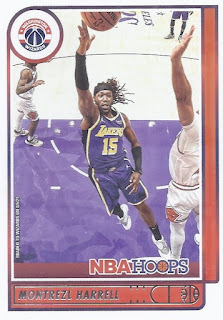 And those weren't just limited to dunk photos.

While I didn't land rookie cards of either Mobley or Cunningham, there were still a few solid names, along with another Scottie Barnes. 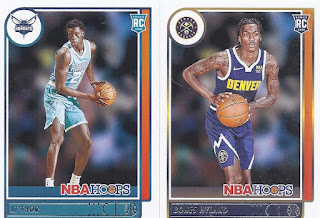 And while these weren't the biggest names available, guys named Thor and Bones are the best names in the rookie class. 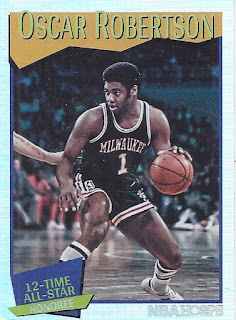 The rookies fall at a rate of one-per-pack. The final 20 cards of the set, 251-270 are a shiny Tribute that fall one-per-box. I guess I'm fortunate that these consist of stars as opposed to rookies, so acquiring these final 19 don't seem as intimidating.

I showed off one of the unnumbered purple parallels with my Raptors post, so here's some numbered ones. The Jalen Johnson is a 75th Anniversary parallel, Embiid is a silver parallel and Curry is a green. Not a bad line-up of these base parallels. Johnson was drafted 20th overall, and he was one of three Jalens to be drafted in the first round. 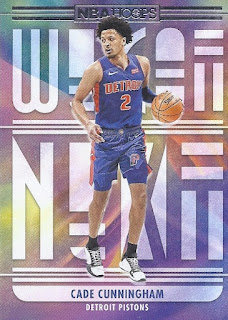 Off to the inserts, and while I didn't get his base card, the #1 draft pick did make an appearance among the We Got Next inserts. 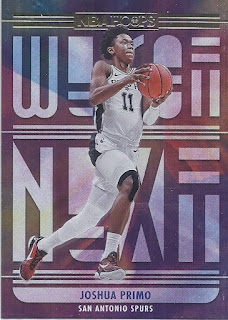 And my Canadians-in-the-NBA collection gets a parallel, with this holo of Josh Primo. He and the Raptors Dalano Banton were the only two Canadians in the draft. 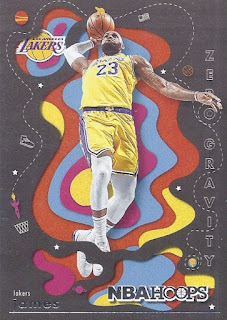 I'm not going to cover all of the inserts and parallels I landed in the box, since they're one-per-pack in a 24 pack box. Zero Gravity is definitely one of the more psychedelic ones. 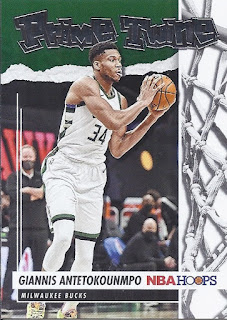 Prime Twine is certainly the punniest. Nauseatingly so. 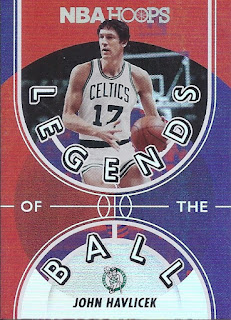 Legends of the Ball is slightly less punny, and does provide another appearance of a Hall of Famer. 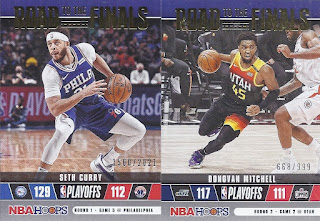 When the Raptors made their run to the Championship, I tried to get as many of the cards from this set as I could. No such chase cards for me with this year's release, but at least they struck gold in the lottery. 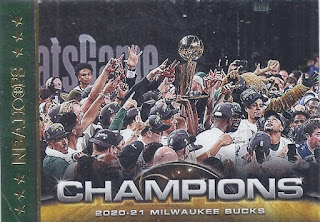 Speaking of runs to the title, here's a SP that salutes the Bucks' victory. 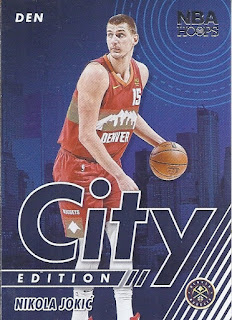 The City Edition seems to have become an annual thing after the debut of the jerseys. 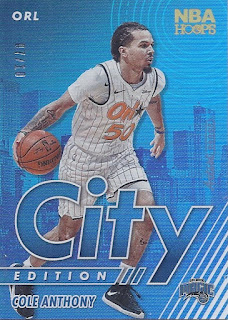 And there's parallels of this as well. These look to be the gold holo parallels, and are numbered /10. That's as low at the parallels went in this box. 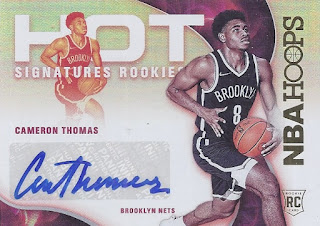 Maybe the autographs dropping from the usual 2 to just 1 is the reason for the reduction in price. But that's OK - I'm pretty happy with this one.  Thomas was a first rounder of the Nets, and he might have one the more legible signatures in the 2021 class, so there's also that.
And there you have a rather scan-intensive box recap, and check out my set-builder wantlist, linked ast the side.

Posted by buckstorecards at 12:25