Looks like this is what the magical repack box will provide today. And the opening card will be perfect for an eventual mailer to the provider. 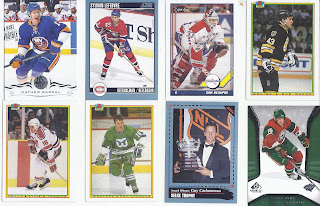 I'm certain I'll be pulling 1990 Bowman in repacks until my demise. But there's solid recent star power here with Barzal, a nice mask card with Beaupre, and most important of all, a 2-14 baby with Gaborik. Even better for that, the Gaborik is one that I didn't have previously, out of 06-07 SP Game Used. 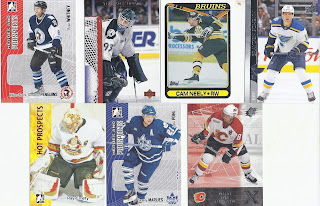 Some nice variety here. I don't mind the doubling up of sets so much when they're colourful entries out of Heroes and Prospects. I'm finding copies of that Emery card often lately, or at least often enough that I'm noticing it. Neely provides the big name here. 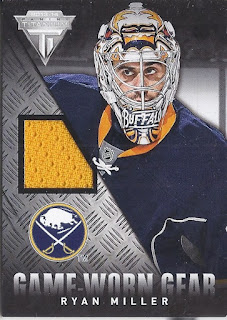 Here's your hit. With the earlier Puppa and Beaupre, this has been a really nice repack for my various mask binders. And while yellow is a team colour for the Sabres, it really is not one you see a lot of on th team relics.

The Johnson is one of those faux 1990 parallels that were in 2010-11 flagship. Great idea - horrible execution with these being paper thin. The originals were not like this, so why do so with these parallels? 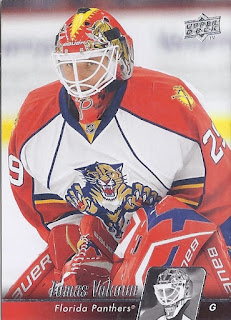