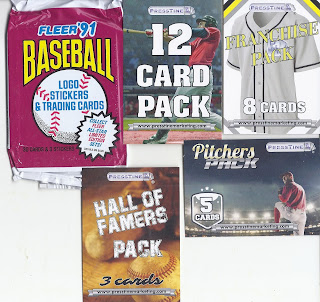 Normally, I'd go clockwise from the upper left and start with that Fleer pack. However, I'm enough of a freak to showcase the whole thing, and I'm saving that for an entire post on its own next time. So, that goes off to the side for today, and I start off with the 12-card pack. 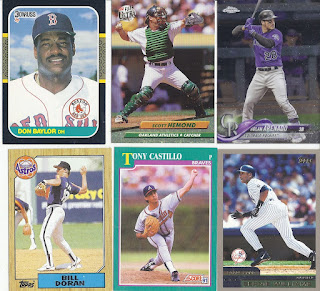 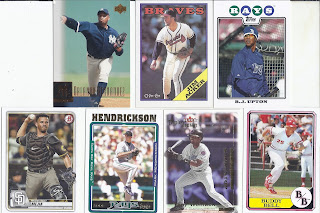 Error in my favour! There's 13 cards within. Don Baylor is a solid start to this one, especially on a  team you don't really associate with him. It is always a good repack on this side of the border when an O-Pee-Chee card appears. The Upton photo is a great representation of an early season road trip to northern climes. And a Boardwalk & Baseball card! Great ending! 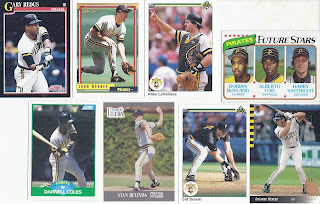 More O-Pee-Chee! That Future Stars card is memorable, since not only did they not become stars, I don't think any of them ever received another major card. That's amazing, especially with the card market on the verge of expansion. Throw in some Wrigley ivy, and that's a nice pack o'Pirates. 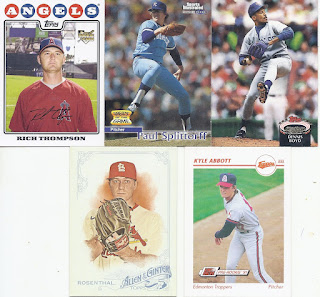 Not only O-Pee-Chee, but Greats of the Game as well? Another nice thing about the randomness of this repack. That's also one of the final appearances for Oil Can as an active player, and some minor league fun. 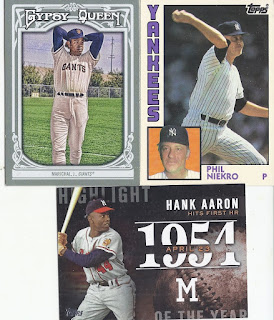 What better way to wrap up the repacked portion of the repack with a Hank Aaron appearance? The Niekro comes from a Traded set, so there's that as well. When you have a three pack of cards, and the least noteworthy of the bunch is a nicely-framed Marichal, that's a great group!
And there you have most of it, with 30 very yellow cards to come next time!
Posted by buckstorecards at 05:05