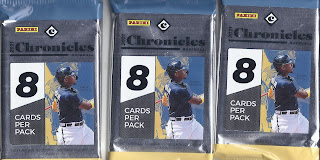 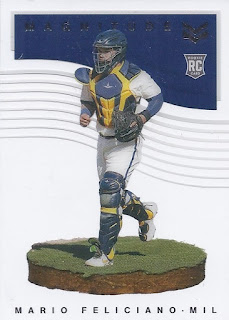 More Magnitude in this pack, and with a photo that likely required very little, if any photoshopping. 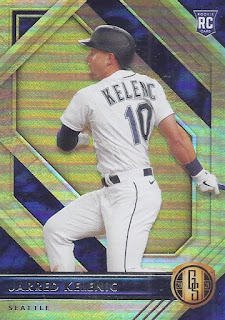 And another one of my favourite designs in the release - Gold Standard. 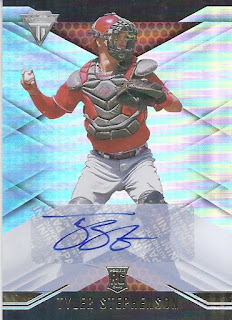 4 packs - 4 hits. Not too bad an autograph as well, as he had a solid rookie year with the Reds, even if it was somewhat anonymously thanks to his teammate Jonathan India's award-winning rookie season. 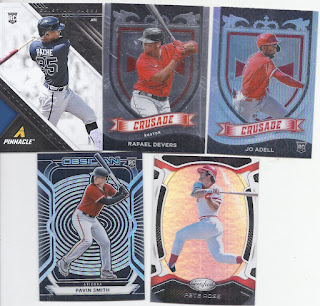 Lots of red on the uniforms in the rest of the pack.
Pack 5: 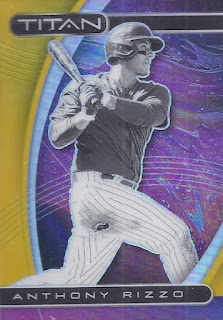 And Pack #5 is another strange one. Not in the sense of there being the wrong number of cards in the pack, but among the make-up of the pack. Namely, that if you busted a mid-range, you'd think that the lowest numbered card within would be this /10 gold parallel of Anthony Rizzo. 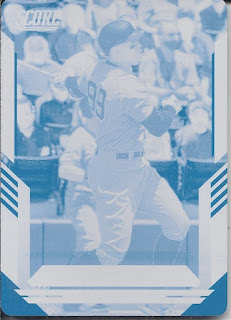 But instead it ends up being this cyan printing plate featuring Aaron Judge. This also hits one of my 2021 sweet spots, with a lot of the fans behind Judge being of the cardboard variety. I like this, but is available for trade for something similar in a Jay or Met. 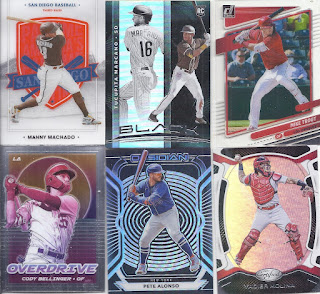 And the remainder of the pack. 2 numbered cards would be enough for this one. Pete Alonso brings some Mets love into the second half of the box.
Pack 6: 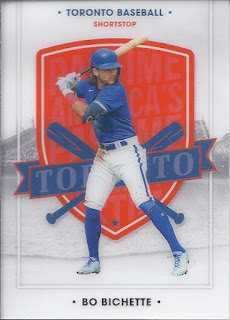 Finally, some Jays content! At least it is from one of the premium sets that is part of Chronicles. 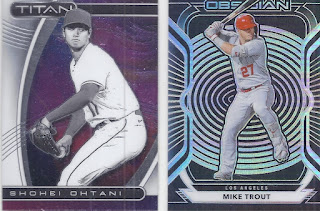 A good pack for Angels stars. 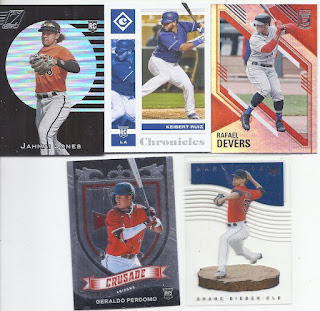 And the finale. Appropriate that I wrap this up with some more Magnitude.
How can I complain about anything with a 1/1? And it was still a pretty nice box even without that.
Posted by buckstorecards at 11:42