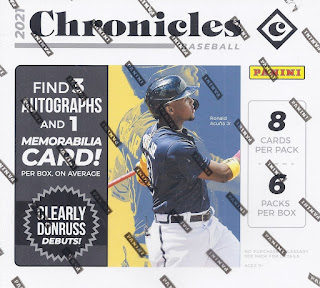 It has been over two months since I busted this - maybe it is time to show off the contents contained within. And this one had a couple packs that were a little off, but fortunately off in my advantage.
Pack 1: 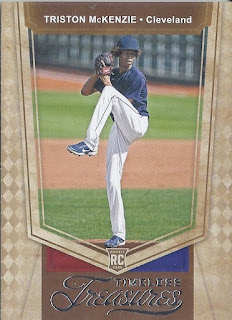 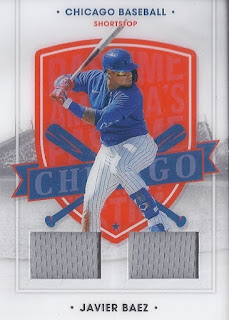 And the second card out provides the first hit and only relic of the box. Since the Cubs content in this set consisted mainly of Baez, Bryant and Rizzo, their content was filled with players no longer on the team upon release. 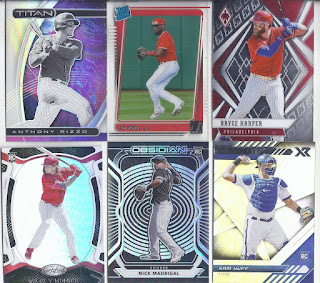 And here's one of those former Cubbies right away with a shiny parallel out of Titan, which contrasts nicely with some cards where the base versions also shine. This also is a nice bunch of photos where the photoshopping of logos is a little harder to see.
Pack 2: 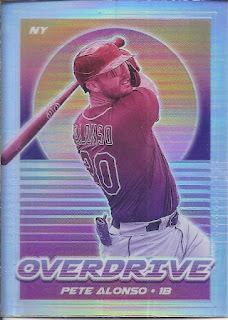 A shiny Mets card is always a wonderful thing to pull. 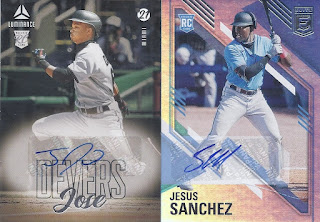 But if you recall I said some of the packs were odd, and odd in my favour. Here's one of 'em, as it provided a pair of Miami autos. Jose is Rafael's cousin, so I've got yet another family pairing in my collections. 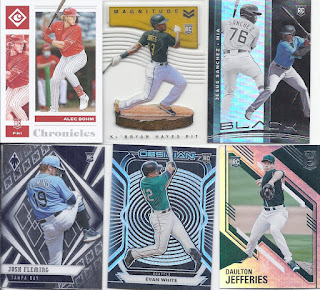 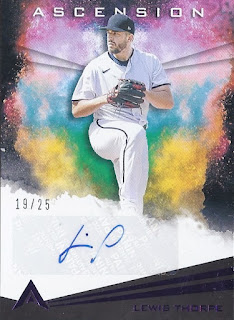 Here's the third auto. Thorpe was all over 2020 releases, but seems only to exist in sticker-dump form in 2021 Panini releases. At least get him a pen that isn't running dry. 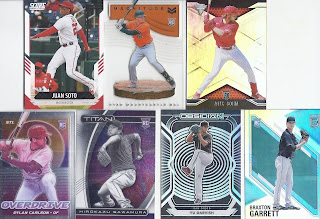 And that's that for these first 3 packs. Am I strange for really wanting to see a standalone release of Magnitude?
Posted by buckstorecards at 07:57