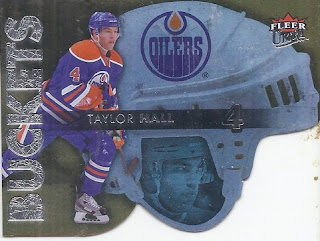 The local breakers/card shop have been doing chancers as of late, with several big cards, or boxes, as the prize. I've been in a few of them over the past months, and this seems like a perfect time to show off some of the spoils. If you don't get the big prize, there's secondary items, such as packs, or cards such as the die-cut Hall shown above. 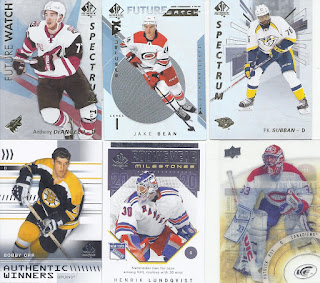 Here's some of the consolation cards from these. Very SPA intensive, but that Ice of Patrick Roy is actually a pretty tough pull. 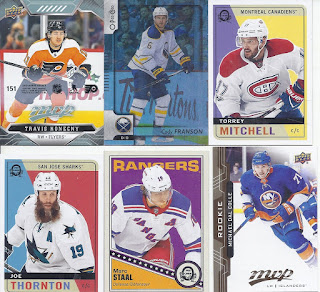 The packs tend to trend to the lower end of the spectrum, but one can still find interesting cards in them. 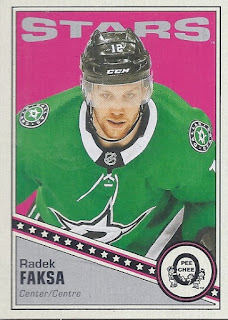 Such as PC content in the form of this retro OPC parallel. 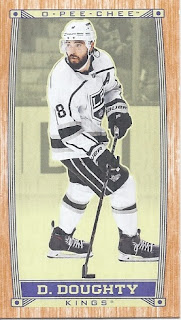 However, because these are hobby packs, you've got a chance at a rarer pull. While the caramel inserts were kinda common in 19-20, the wood parallels were about one or two per case. This was from the same pack as the Faksa. 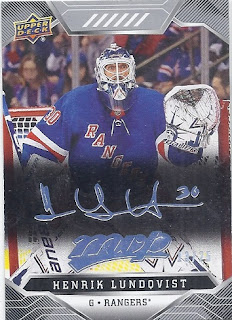 I don't know if there really are chase cards in MVP, but the SuperScripts are probably the closest to them. The foil is nice and shiny, and although it is hard to see - these are /25. 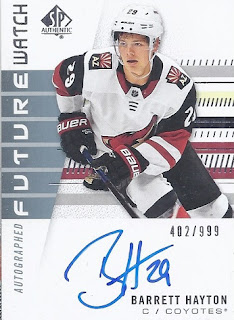 You might even get a hit in the pack. 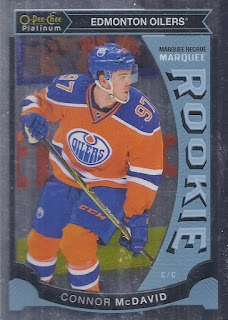 But I have won some of the featured cards in these. Can't go wrong with a McDavid rookie, even if it isn't the YG. 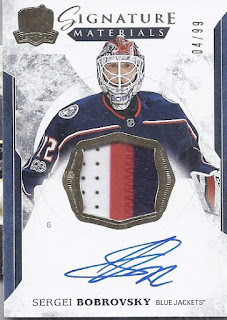 This makes it back-to-back post with cards featuring a three-colour Columbus Blue Jackets patch with an autograph. While yesterday's is bound for the 2/14 collection, this is a pretty solid addition to my mask collection. 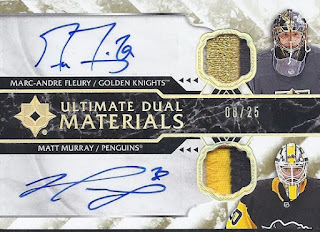 Ditto for this. An on-card dual autograph of some Stanley Cup winning teammates, along with some nice multi-colour patches make these cards some nice keepers. Much like with the Senators and Kings, getting some part of the foil portion of the jersey on a Golden Knights patch is also pretty nice. And in advance of his debut with Sens this season, it is nice to add my first Matt Murray auto.
There you have it!
Posted by buckstorecards at 10:34