As a Matter of Artifacts - Box 1 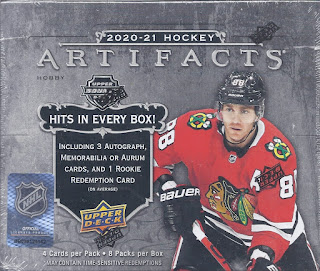 Let's try the new product on the market! Fresh from shelf of the LCS. 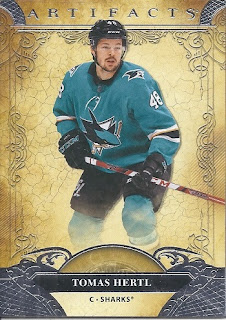 Here's the base design. The colour gives the vibe of Engrained, without the wood feeling to them. Perfectly fine for this brand. 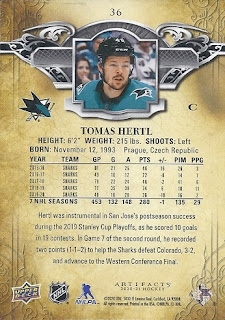 Standard backs for this product as well - reused photo, partial stats, write-up. Exactly what I'd expect. 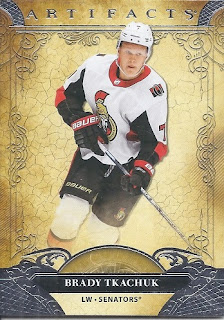 The only Sens card in the box. 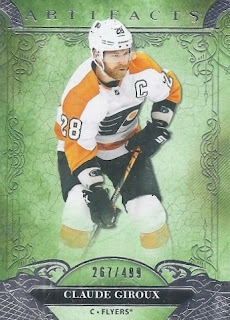 The base set continues with the numbered 'stars' portion /499. 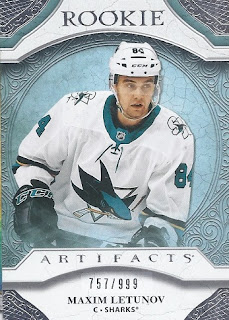 And the rookies /999. Again, all pretty standard for this. 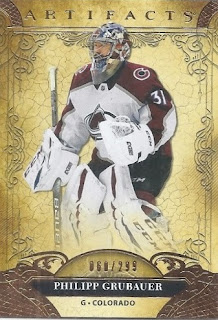 Here's the first parallel of the box, with copper making a return for its second year in the product. 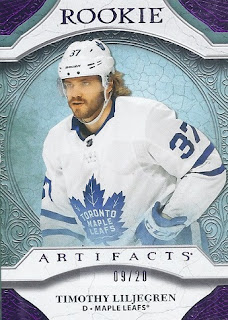 But here's the big parallel of the patch. There's no names in this that were not in previous releases, so short of getting Alexis, this is one of the bigger rookies available as a non-redemption rookie in this. 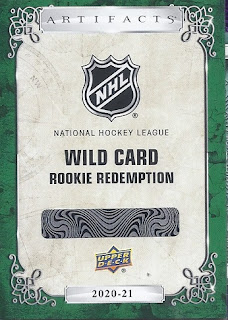 Speaking of those, here's the redemption in this. I don't have any idea who this will be at this point, with it being a Wild Card, but it will be /999. 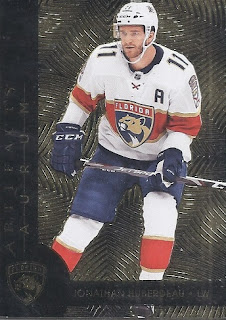 Aurums return this year as well for the bounty program, which I have zero interest in. As always, these scan horribly, but at least the player isn't Aurumized this year. They still shouldn't replace a hit, though. 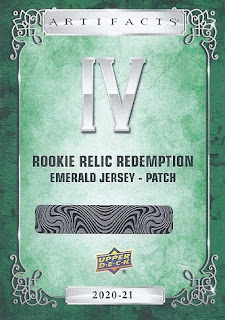 Also replacing an actual hit is a redemption for one. At least this should be for one of the better rookies, and include a patch whenever it arrives (I'm guessing October). 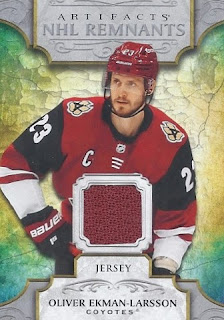 And my only actual hit in the box is a simple one-colour Coyotes relic.
That Liljegren really saved this box. 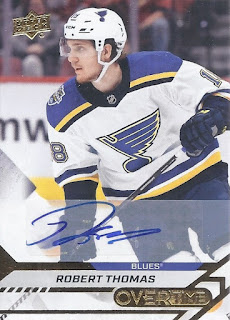 But I did land an autograph in one of the bonus Overtime packs that came with pre-purchase. So, yay?
Tomorrow's box will hopefully be better.
Posted by buckstorecards at 09:08