As a Matter of Artifacts - Box 3

One final box of Artifacts - because I'm absurdly gullible. I'd watched enough breaks of this to realize that a lot of the boxes weren't really living up to the advertised level of content. Some boxes would have only one hit, but it would average out in the case with some boxes containing 5 or 6. And some would be as advertised in terms of hits, but all would contain dinged corners on the base cards. 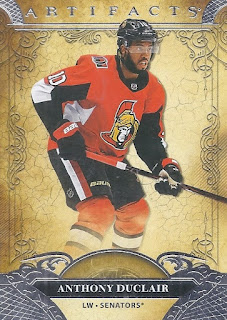 But at least I completed the Ottawa Senators base set with this DuClair. At least he's finally playing again as a member of the Panthers. 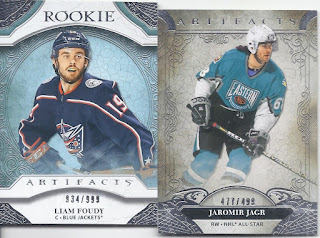 A couple more base cards, as you get a look at the design used for the rookies, and for the legends portion of the set. Jagr is in full mullet here with a photo from the 1996 game, the only one where he skated while sporting that jersey. 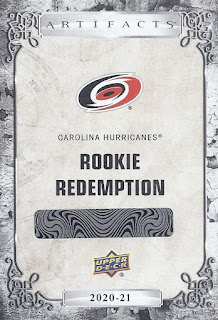 Here's the rookie redemption in this. This will probably end up being a Joey Keane card, but I'd love it if it were local kid Steven Lorentz. 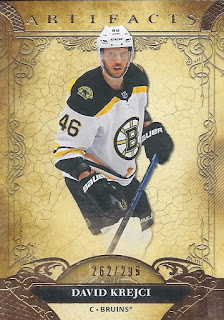 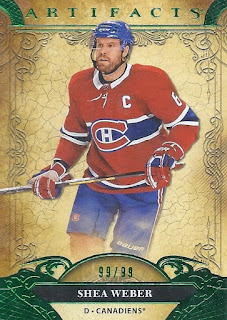 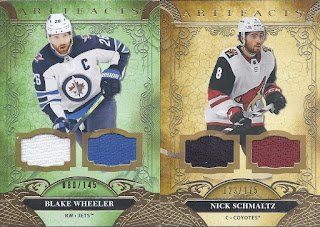 As for the hits, I hope parallels of the base cards are your thing, because that's what they were limited to. But at least the box was accurate. The first two were the standard gold parallels, but it was nice to see 2 different colours for both the swatches. 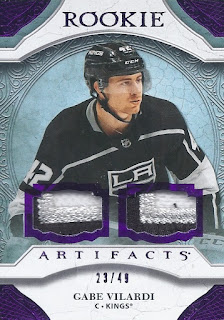 But here's something a little more colourful. Even though it isn't pictured on the the uniform in question, the purple works really nicely with a Los Angeles Kings card. And as I've said in the past, like with bronze on a Senators relic, silver always makes a Kings swatch a little more special. Even though I did get the correct amount of hits and numbered cards in this, I'll probably limit myself to group breaks after this.
And there you have it! Tomorrow, I'll make a quick trip into the mailbag.
Posted by buckstorecards at 08:24